Second Stop on the Trans-Siberian: Yekaterinburg

Yekaterinburg is the fourth largest city in Russia, its a very pleasant, eminently walkable city with an attractive riverside promenade, a cluster of excellent museums and a lively dining and nightlife scene.

We arrived here at the Yekaterinburg-Sverdlovsk Railway Station on our Trans-Siberian adventure from Moscow and spent 3 days exploring the beauty of this cultural and historic hub.

The city is easy to get around by train and by bus and equally easy to explore the historic sights by foot, a few sights within easy access by car. 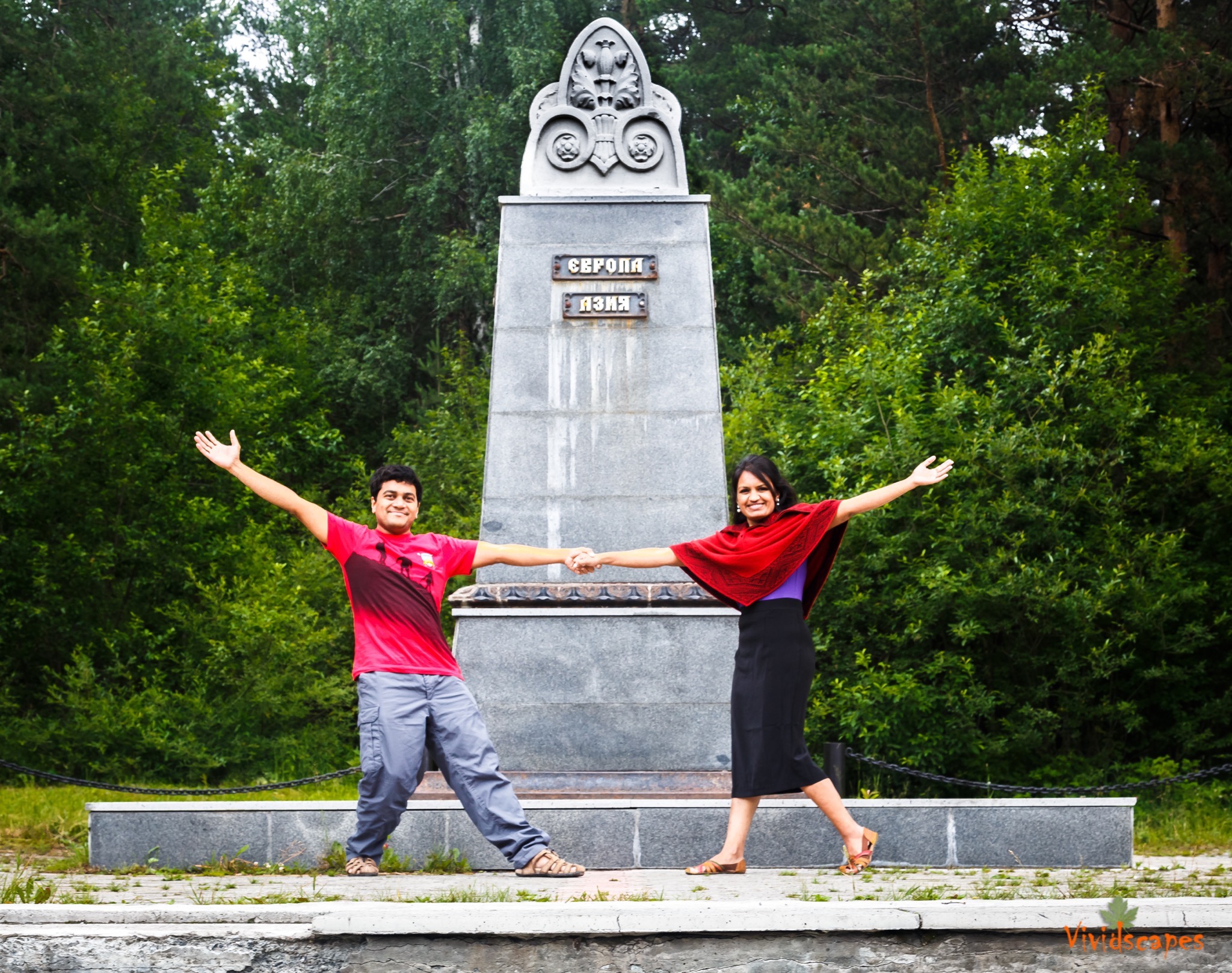 A dance across the borders

The best way to get to know a city is on foot, my dad always says, you see so much more by just walking around and you find interesting sites and sounds that can’t be seen otherwise, Yekaterinburg has a very nice walking route that covers all or most of the attractions, just follow the red walking line and read up the attraction details on the map that matches with the number along the line. 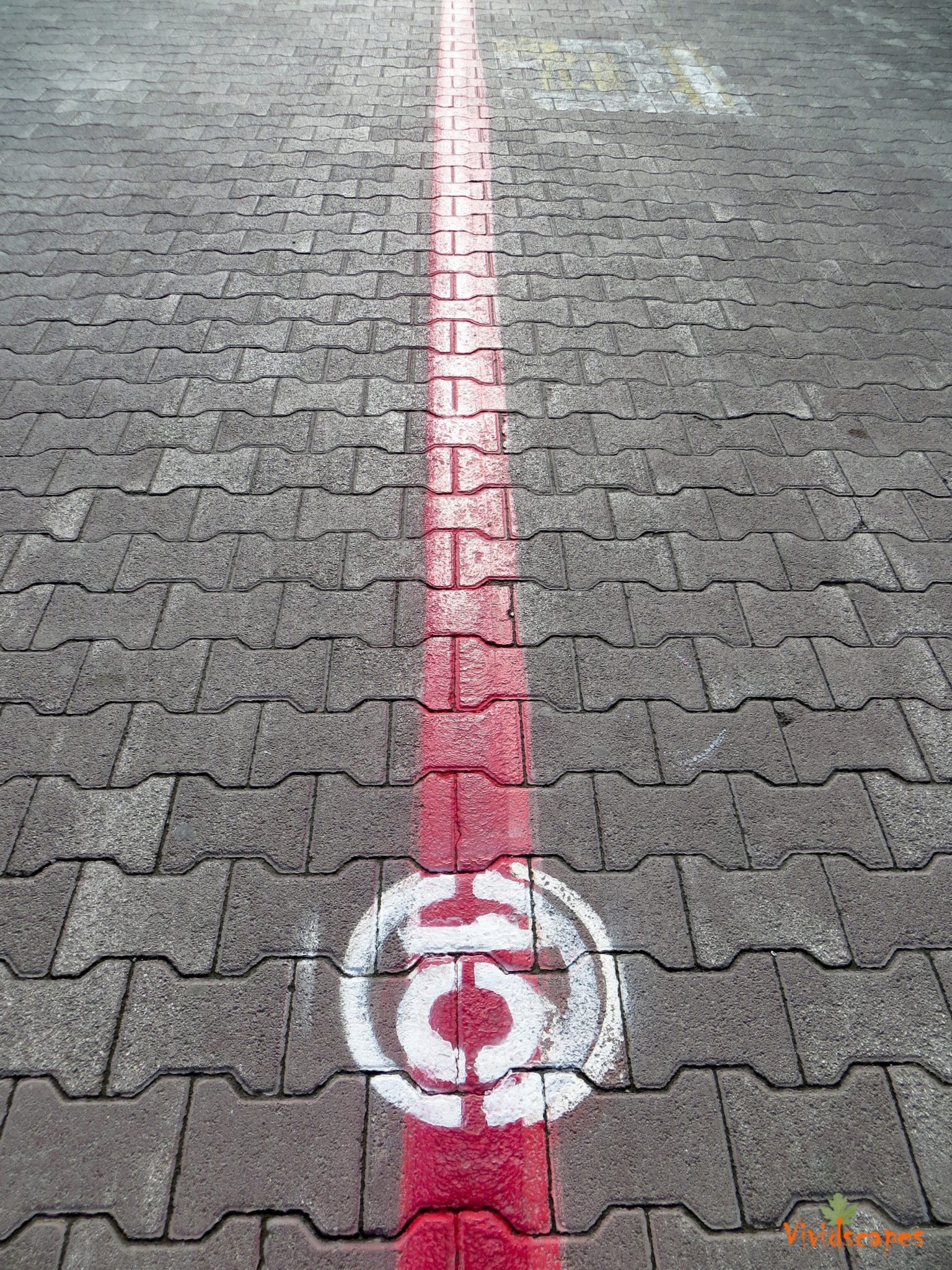 One of the best thing about travel is we get to meet so many fellow travellers and interesting people around who become friends for life, one such person we met on the main street of Yekaterinburg was Dr Van, he is in the top 10 on the Most Travelled people, he has been to more than 780+ places and he says he still has a few more to go, it was amazing to meet him and an hour went by like a minute talking to him. 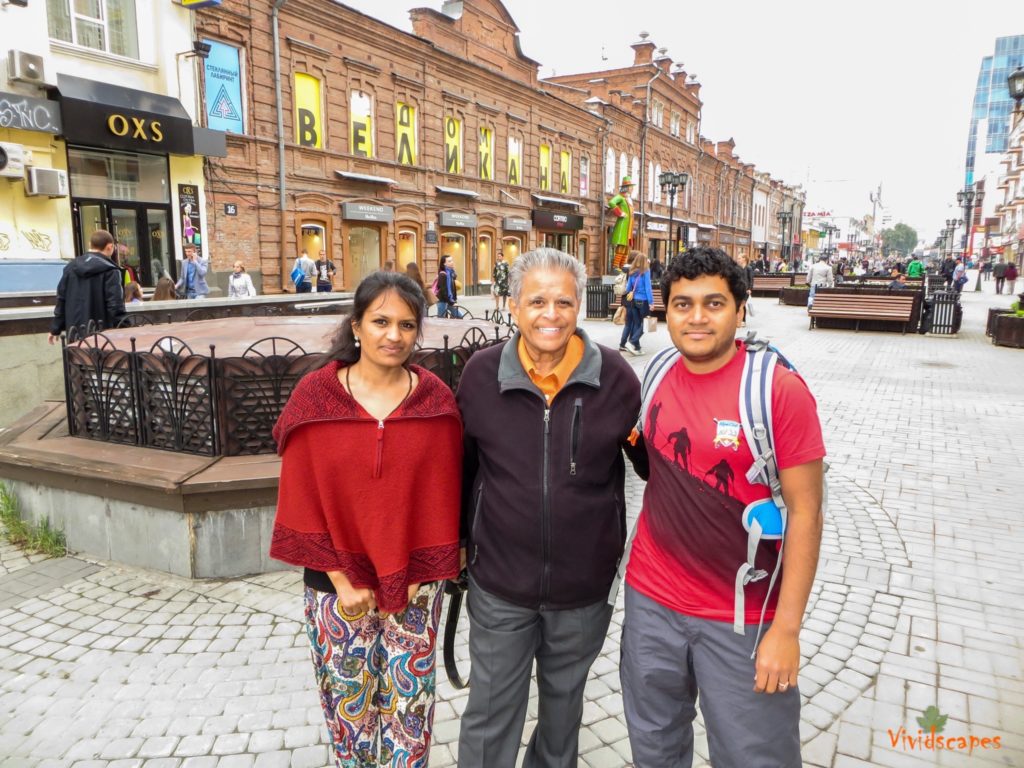 Top 10 in the most travelled person 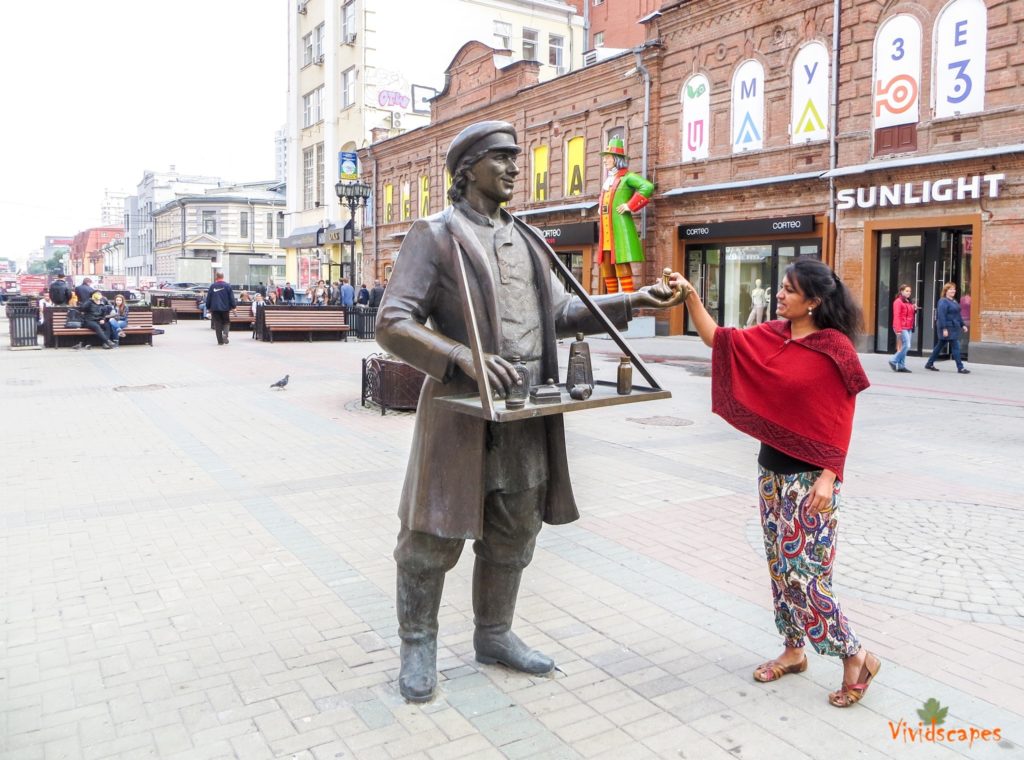 Nice to have a drink after a long walk 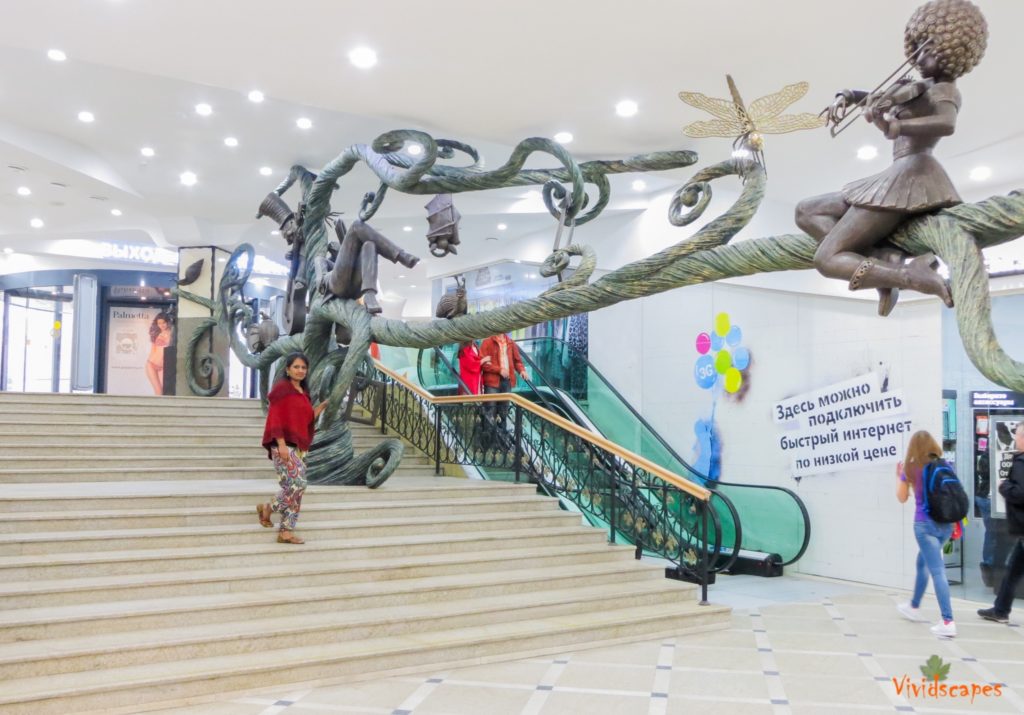 A mandatory pose makes it even prettier 🙂

About 40km to the west along the main road to Moscow is the point which the German scientists Humboldt and Roze designated as the border between Europe and Asia. The original  marker was destroyed in 1920s and replaced with a concrete obelisk faced with granite.

We took a tour guide and a car who was a local photographer too and he showed us quite a few interesting sights along the way, there are supposed to be around 40 border markers all along the ural range.

One of the highlights of the trip with the guide was a visit to a local farmers house, we saw how they grow veggies and store them over winter using foam sheets in a pit in the ground, a lovely nice breakfast of crepe, jam and strawberries. 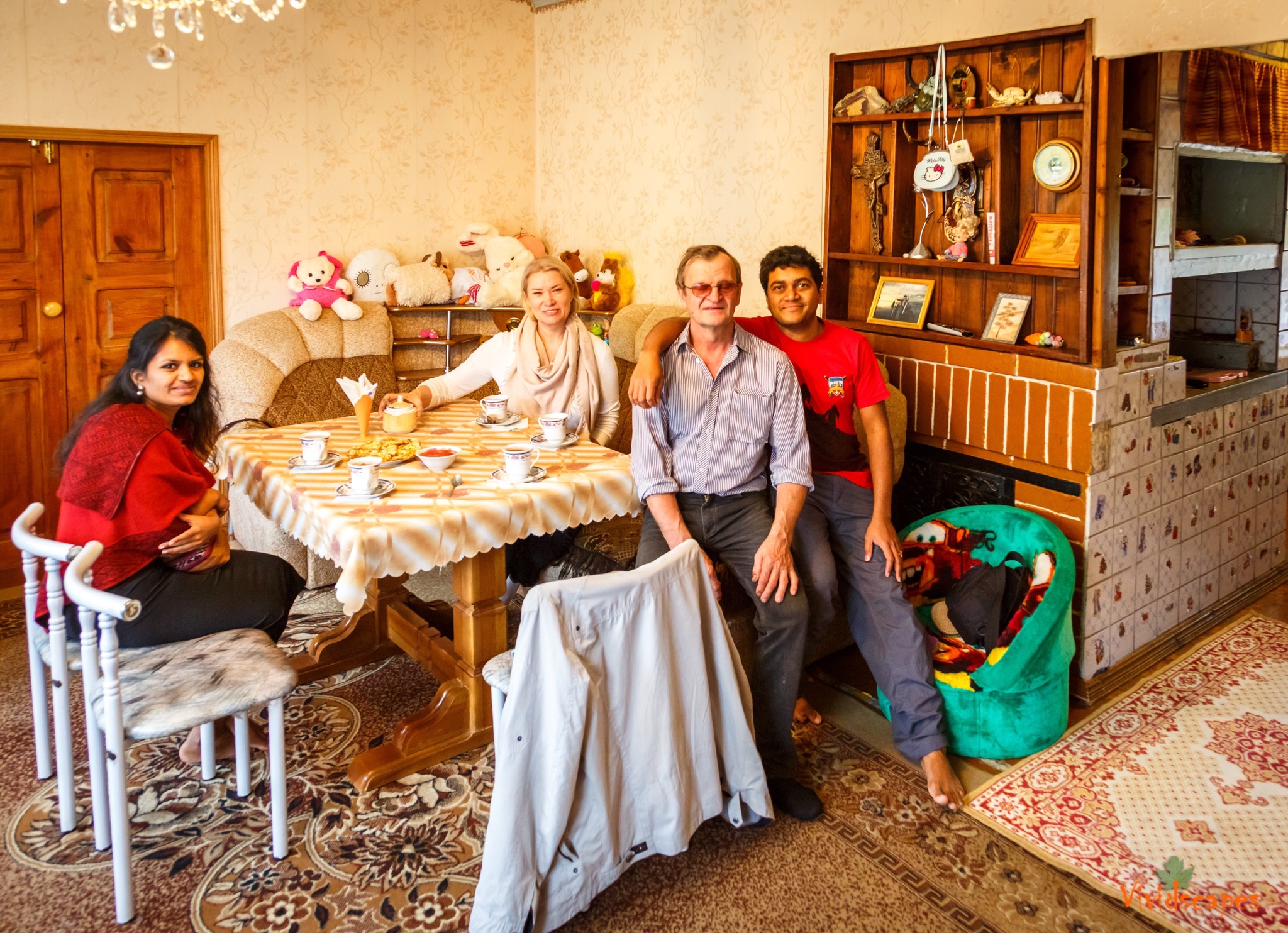 Located on a lovely wooded area 16km north-east of Yekaterinburg is the Monastery of the Holy Martyrs, built around the spot where the corpses of the murdered family of Tsar Nicholas II (Romanovs’) of Russia were originally disposed of in an abandoned mine in the Taiga forest. 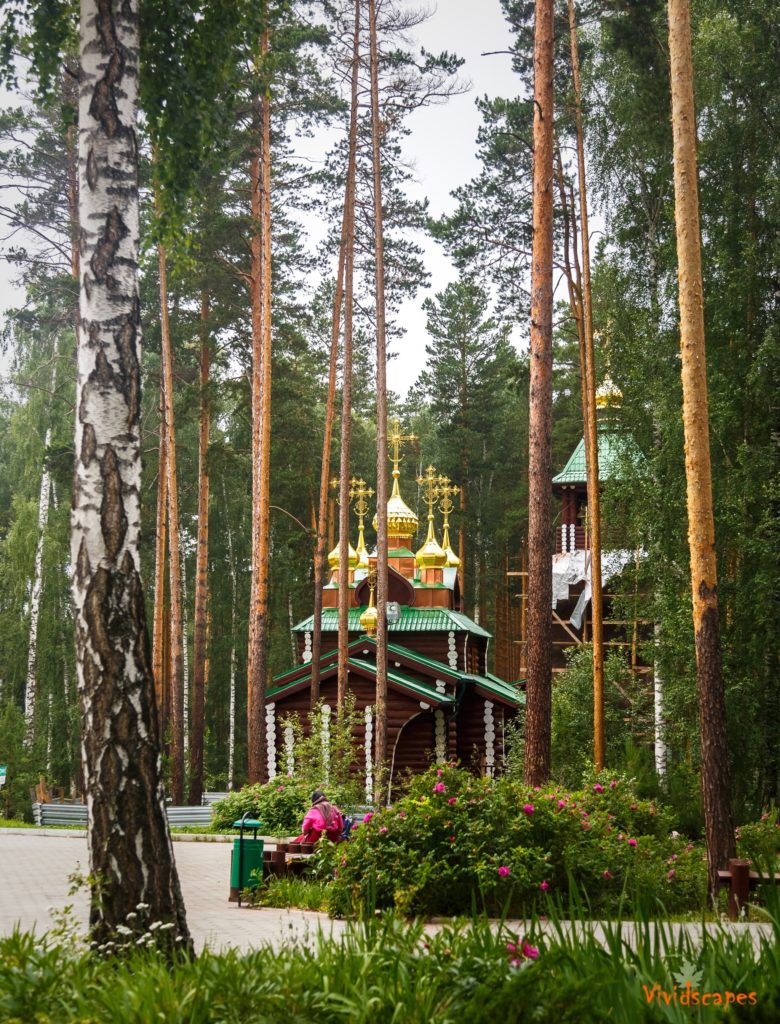 memorial site, place where the corpses of the murdered family of Tsar Nicholas II of Russia were found in 1991

The monastery consists of several attractive wooden churches, a holy pool (you may enter only if previously blessed), a horse-shoe shaped walk that skirts the remnants of the pit where the bodies were dumped, the monastery is considered holy, so women have to don headscarves and wraparound skirts; these are provided at the entrance. 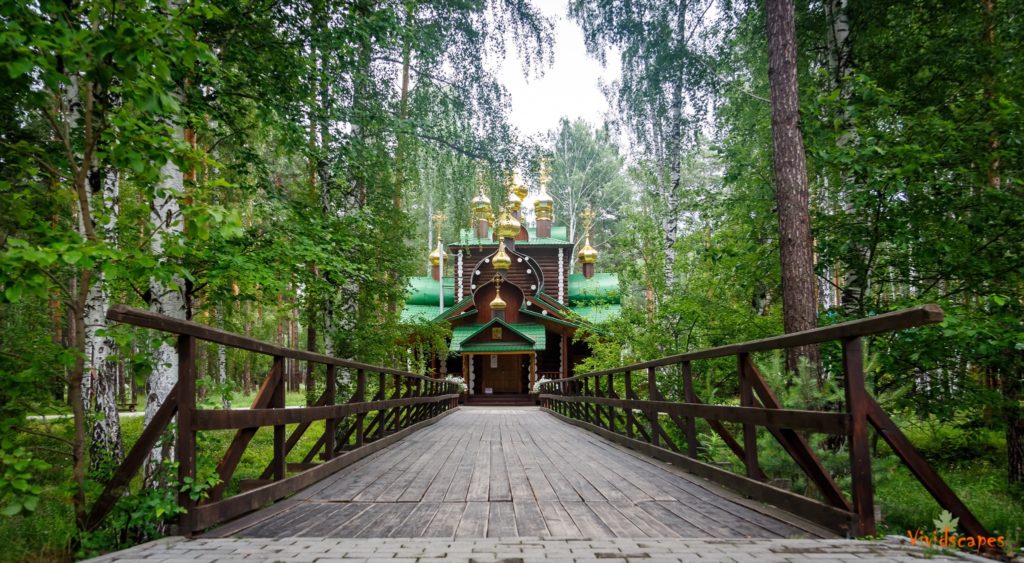 memorial site, horse-shoe shaped walk that skirts the remnants of the pit…

Church On The Blood

The golden-domed church dominating the city centre forms an expensive memorial to the ‘Tzars martyrs’ , as the Romanovs were declared when they were canonised by the Russian Orthodox church 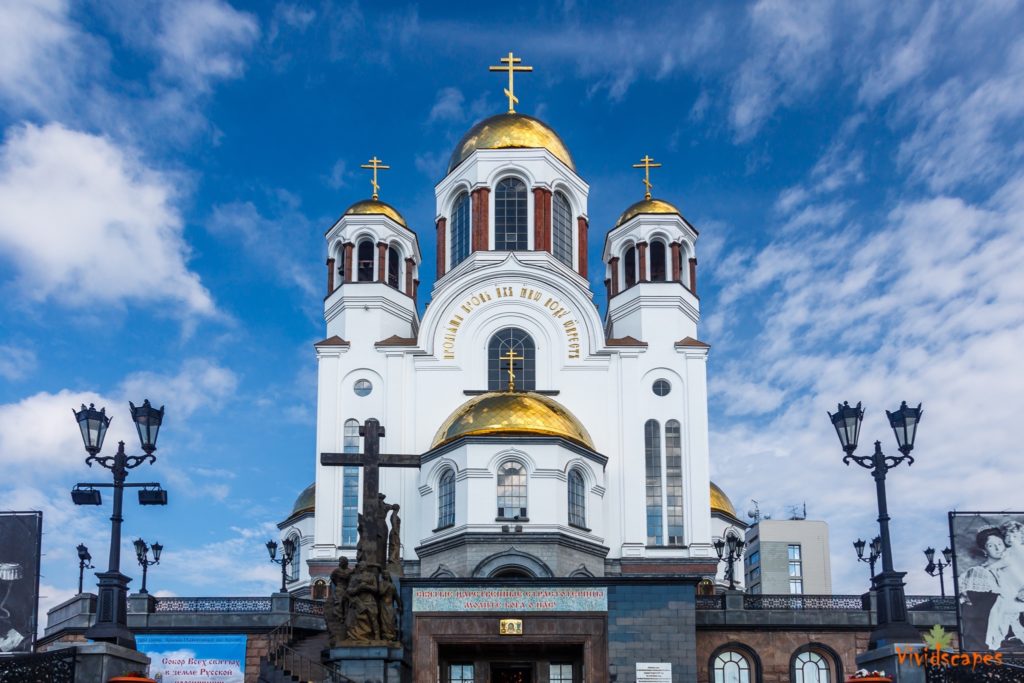 We wrote about 2 veggie joints we like in Moscow, we found a tasty one in Yekaterinburg, thanks to the Happycow app and we never went hungry at any place.

Also Read:
Guide to crowd free sections of the Great wall of China

This is a gem of a place on the main street on the second floor, once you find Lenin’s statue, look at the direction where he is pointing at, even Lenin seems to tell you where to find good food in town, staff understand basic English and can also say which dishes are Vegan. 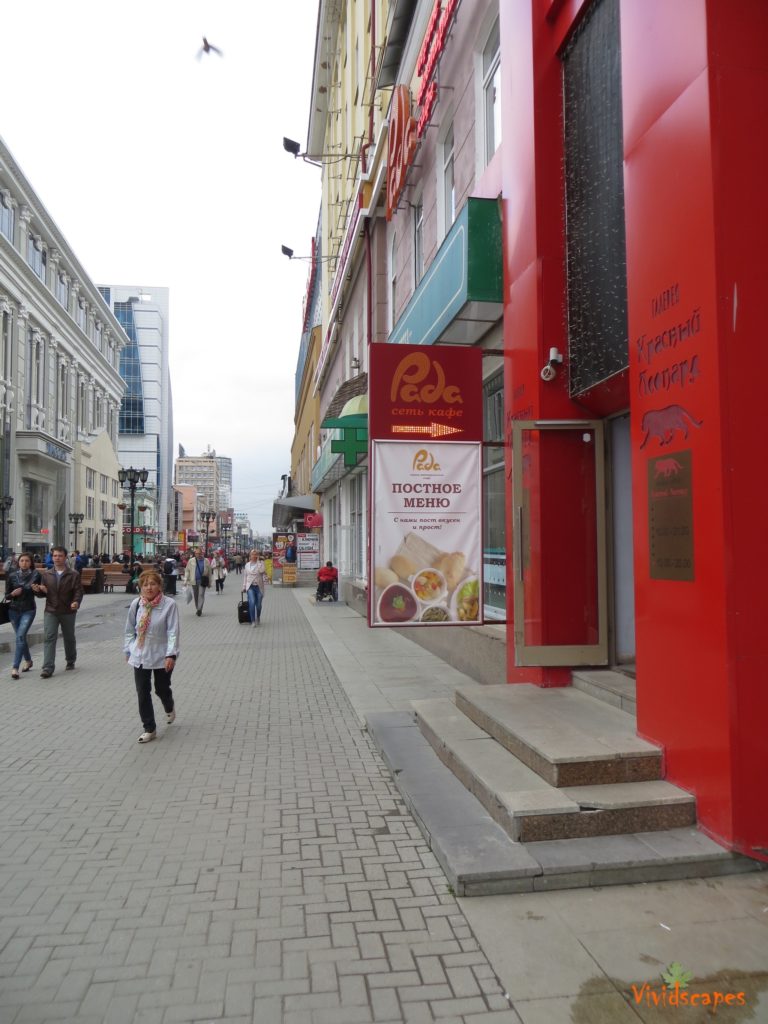 Right on the main street in the town centre 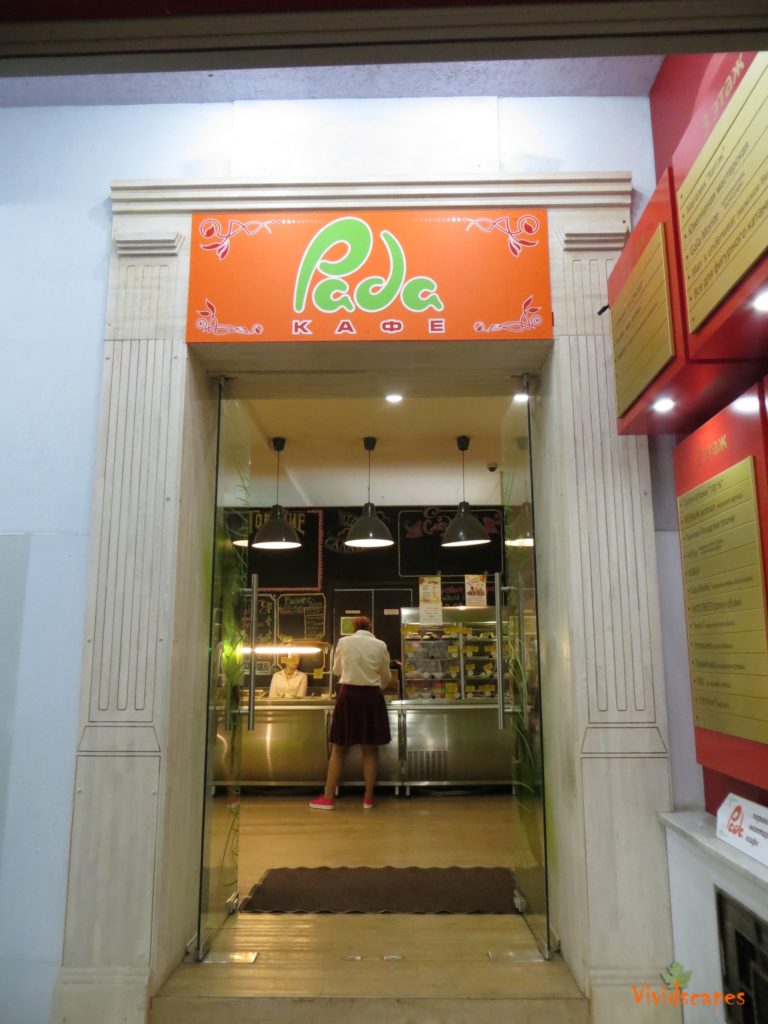 The veg option were quite varied, we wanted to taste all the dishes, but we only had a small tummy that couldn’t take all of the tasty delicacies available. A lot of delicious russian dishes on offer at very reasonable prices. 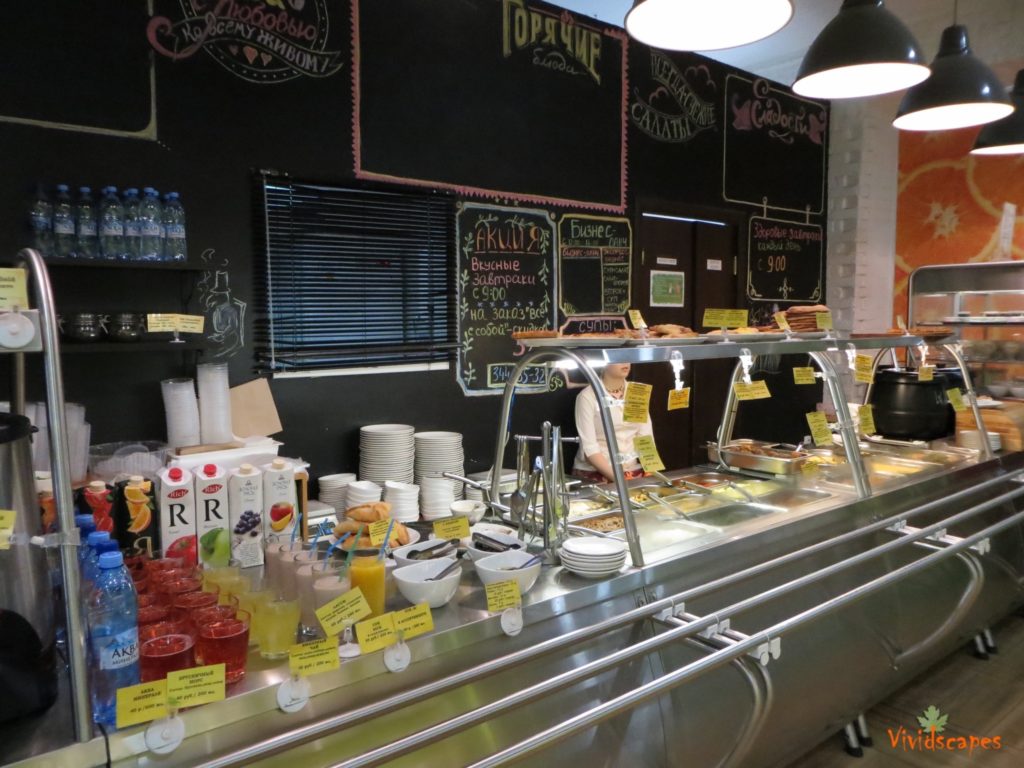 and a subtle and nicely decorated seating area, the walls were adorned with photos of famous personalities who are all vegetarians. 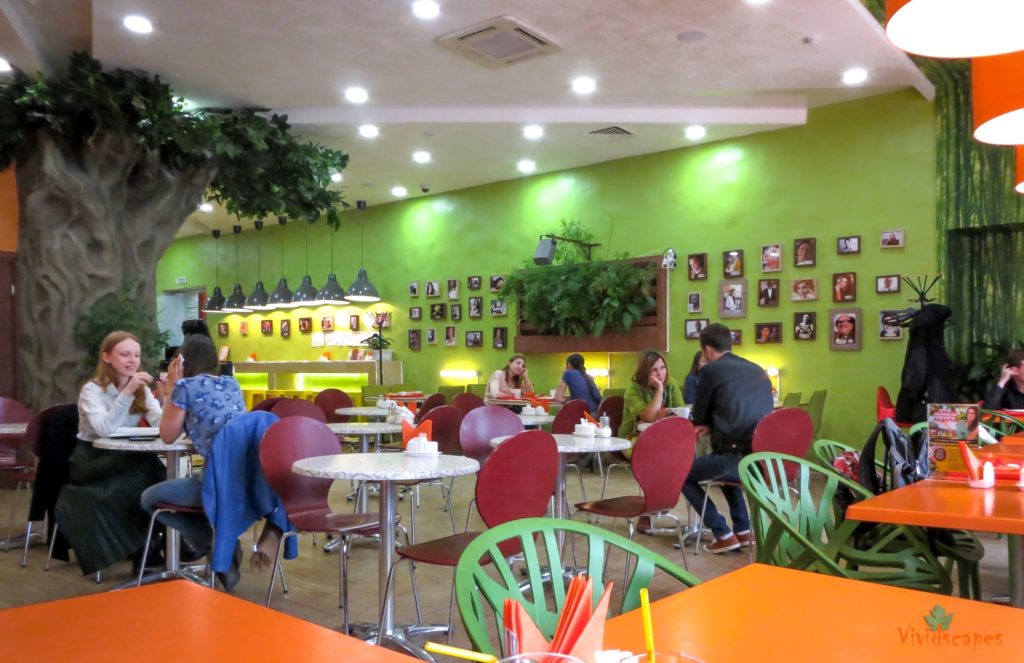 The walls are adorned with photos of famous personalities who are all vegetarians.

We did some self explored tours, walked around the city and also took a few tours via RealRussia.