Ulaanbaatar, the world’s coldest capital is a fascinating place to visit, at first sight it’s a jumble of soviet style concrete buildings and at the same time the other part of the city adorns fancy malls and high rise towers with neon lights, the city has a cultural mix of old palaces nestled amongst curved glass buildings jostling for space amidst chaotic traffic snarls, we fell in love with this city instantly as we set foot.

We arrived here at the Ulaanbaatar Railway Station on our Trans-Siberian adventure from Irkutsk and spent a week. 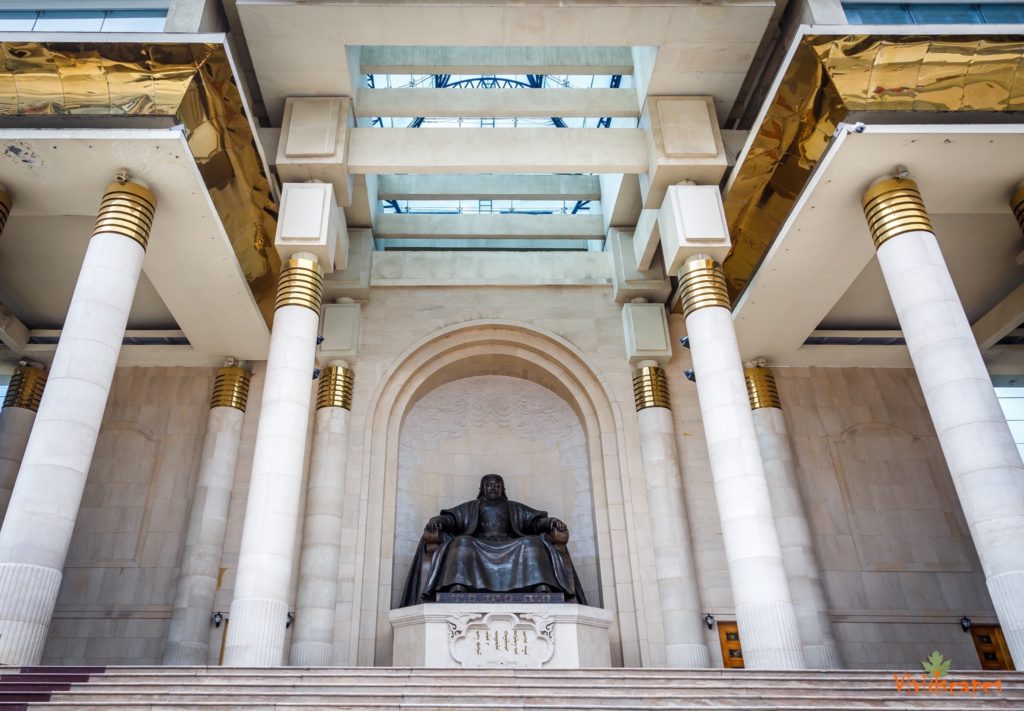 Much around 350-year existence, the town was a semi nomadic settlement and the Da Khure Lamasery was the abode of one of the three most important line of ‘Living Buddhas’, the other two in Tibet and Peking, hence the city has a good amount of Buddhist influence and a sprinkling of Meditation centres and temples around the country.

At the heart of the city is this large square famous for its Patriotic celebrations and a very popular meeting place. At the centre is a mounted statue of the Mongolian revolutionary leader Damdinii Suhbaatar in heroic pose on a horse.

The square is dominated by Parliament house on the north side, with a massive bronze statue of the seated Chinggis Khan in front of it 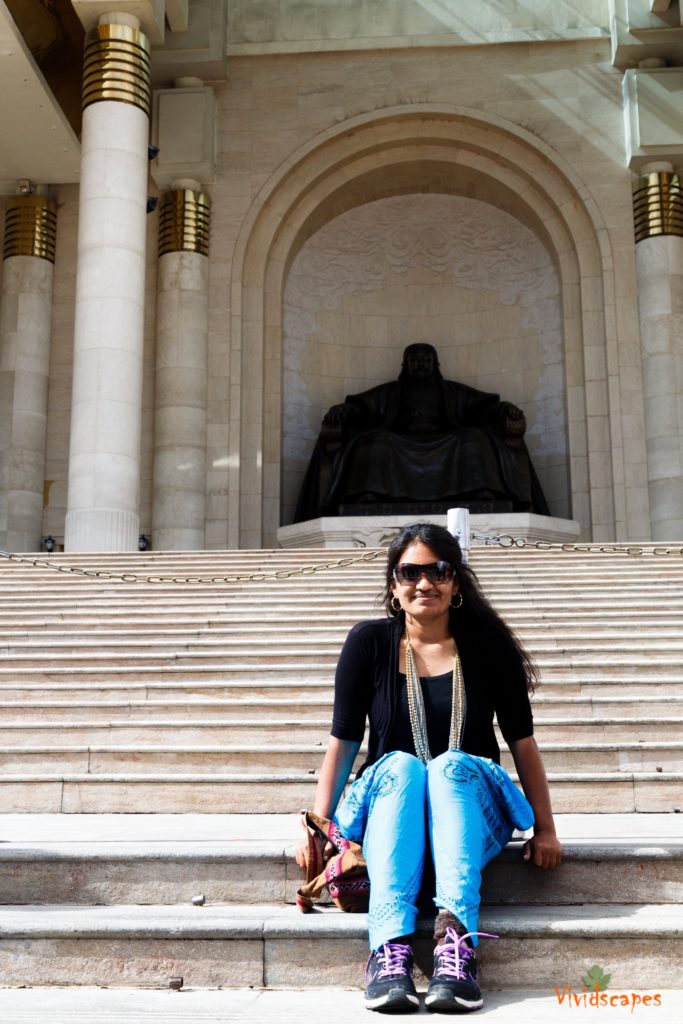 Chinggis khan statue, the one at the back, not the front 🙂

The square is surrounded by the Mongolian National modern art gallery, a modern mall to one side, an Opera and a Ballet Theater on the southeast, you wont feel bored around here.

Gandan Khiid monastery, Bogd khan winter palace , choijin Lama Temple Museum and the Zanabazar Fine arts museum are a few other places worth a visit while you are here.

Naadam is the biggest and most important Mongolian festival and is held in Ulaanbaatar and most other Mongolian towns between 11 and 13 July. 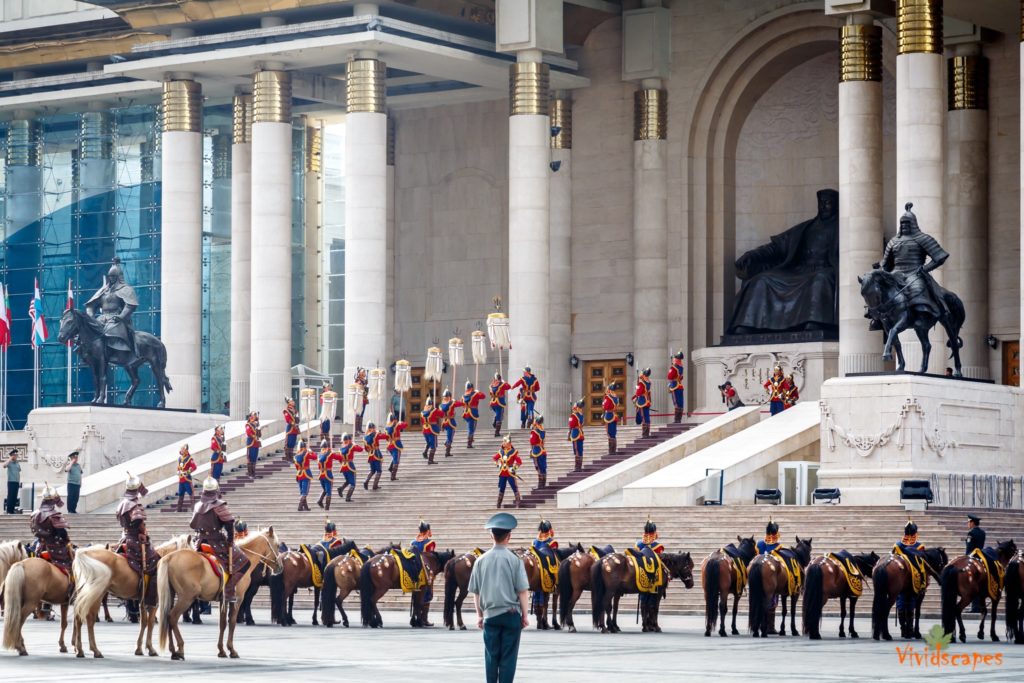 We planned our travel dates accordingly to be here and enjoy the festivities, it’s week long celebrations and is also a national holiday across the country when families take a break and go on a nice outing to the countryside.

If you are planning around this time of the year, make sure you book hotels and tours in advance as they get booked up quite quick. 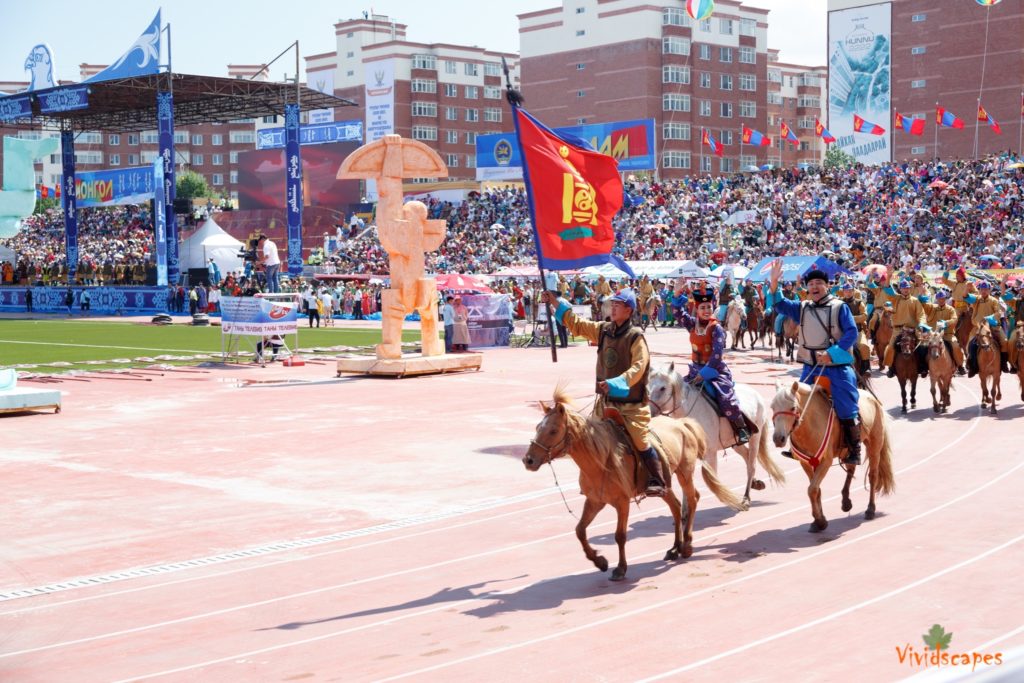 Parades at the Naadam opening ceremony 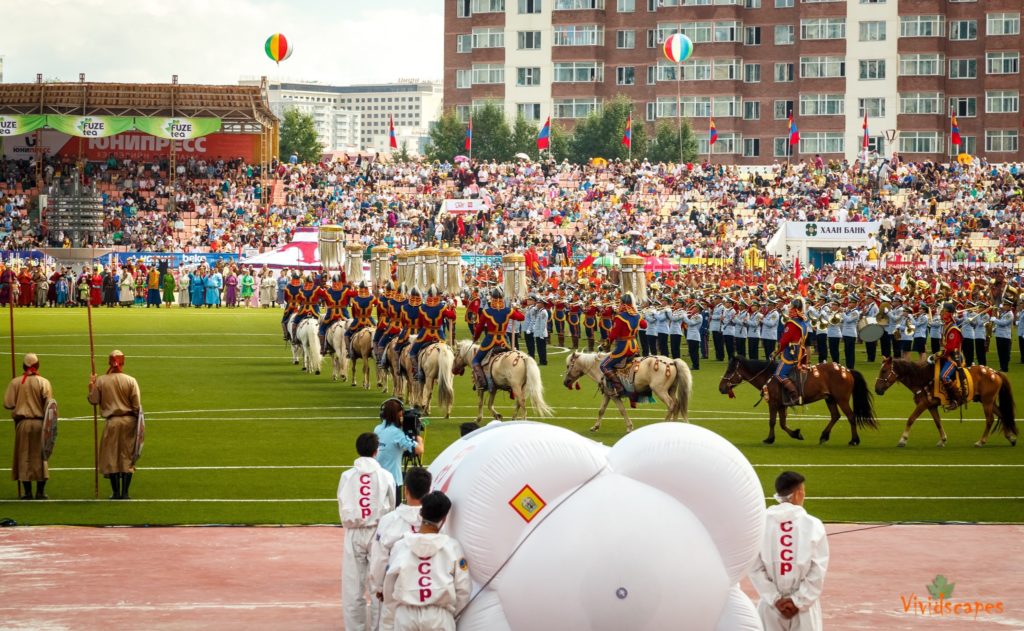 Folk show and carnival in the Stadium

Wrestling, Archery, Anklebone shooting events take place in the stadium which are also a key attraction during the festival. 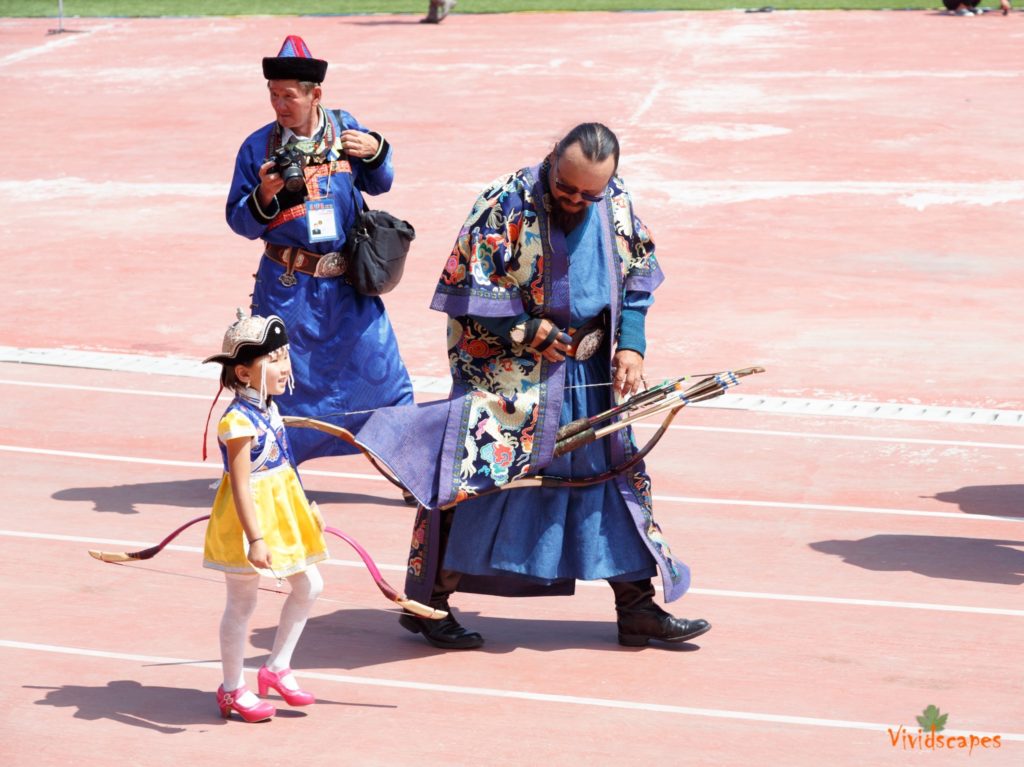 Archery show at the Naadam festival

As part of the festivities, the Chinggis square has a traditional costume event followed by an evening of music and dance. 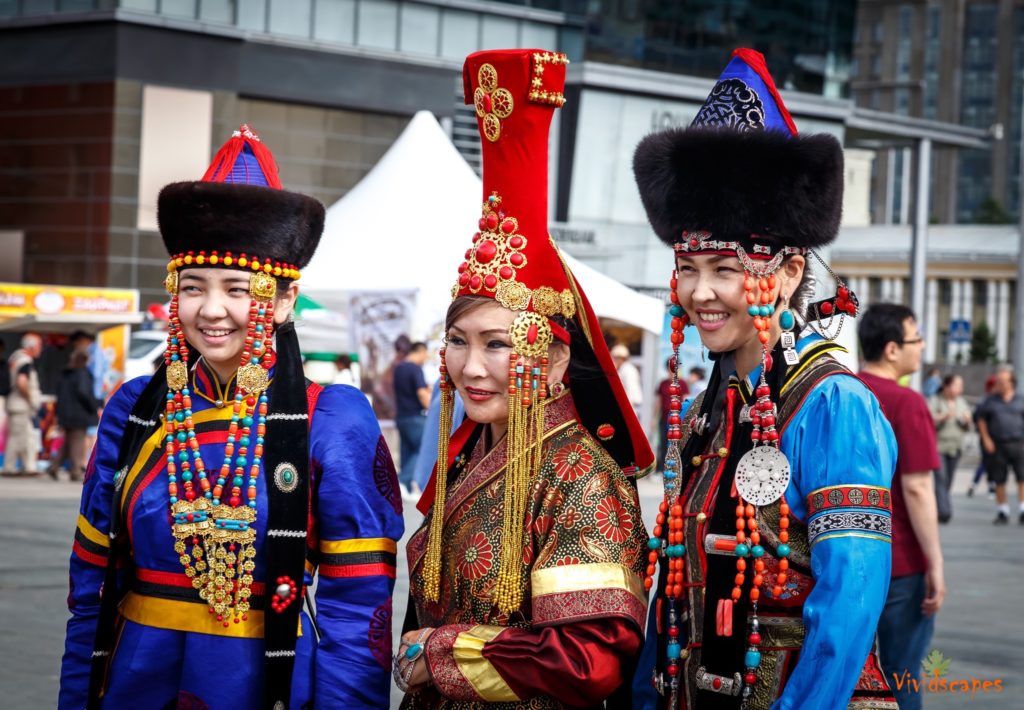 Stunning display of traditional costume during the Naadam festival

Traditional Mongolian costume is available for hire at the square for 5 Gbp for an hour, you can roam around click photos and you become the centre of attraction with people wanting to get a click with you. 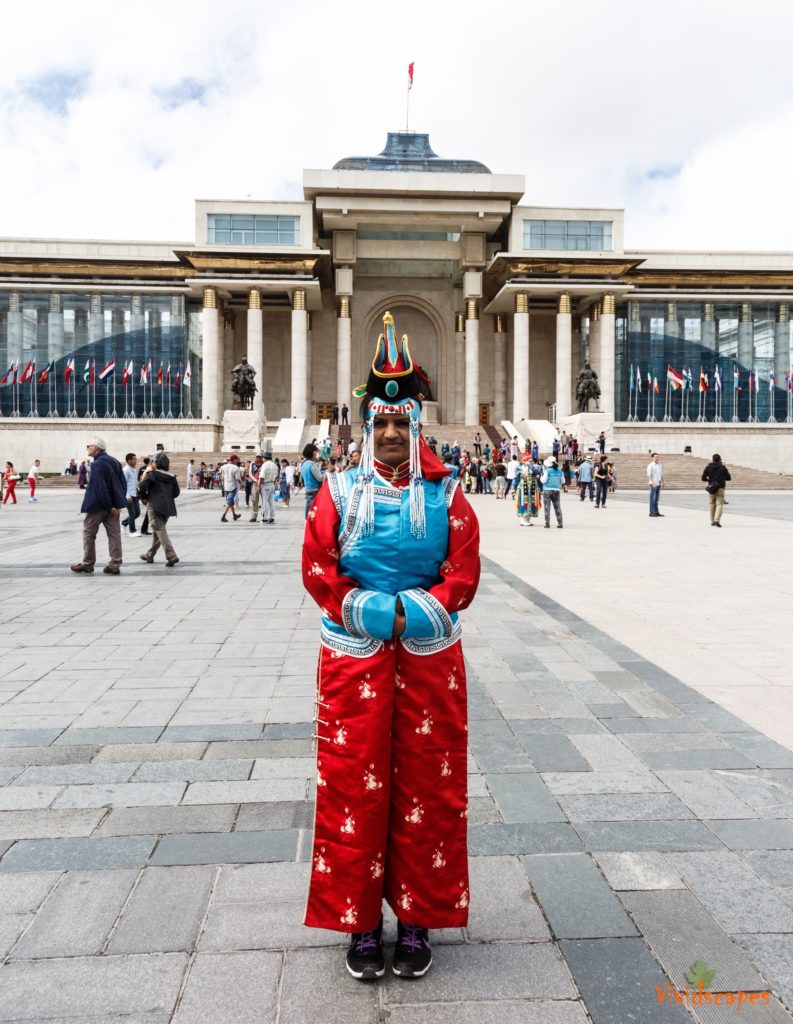 Suni adorned in Mongolian traditional costume, she became an attraction quite soon with many clicking photos with her.

Smaller Naadams take place all over the country and can be a better way of getting really close to the action, you can even participate in some, our hotel guys took us to a horse race event an hour outside the city which was very thrilling and adrenaline filled, we were amazed by the horse riding skills the little kids are taught from a very young age. 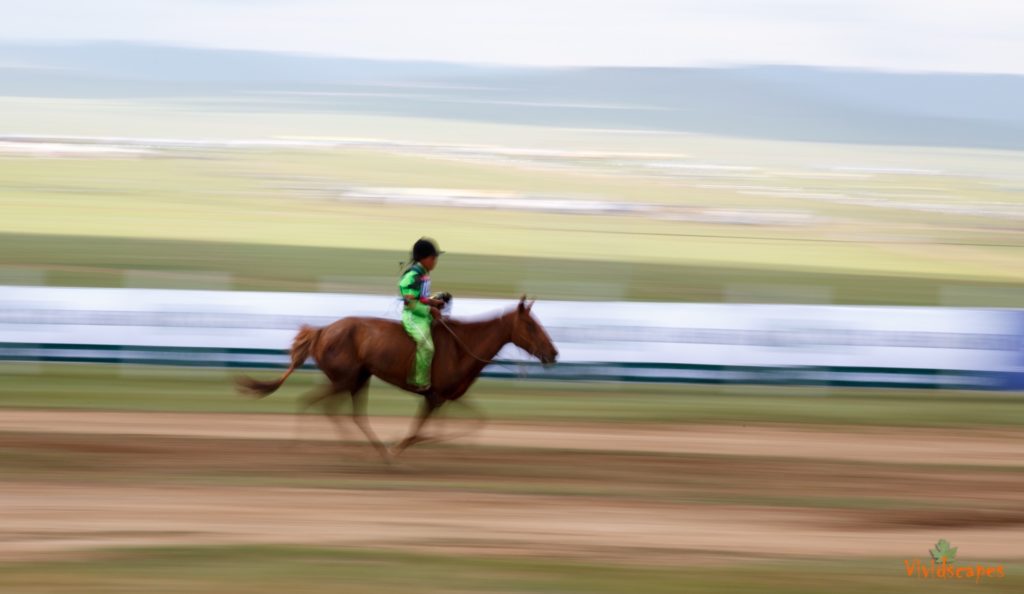 A horse race session at the Naadaam festival

When in Mongolia, the best thing is to experience staying in Ger, the way Nomads have been living for years, there are Ger camps in Terelj national park with good facilities to enhance the experience, the Ger camp park also had a very nice restaurant with Breakfast, Lunch and dinner included in the price. 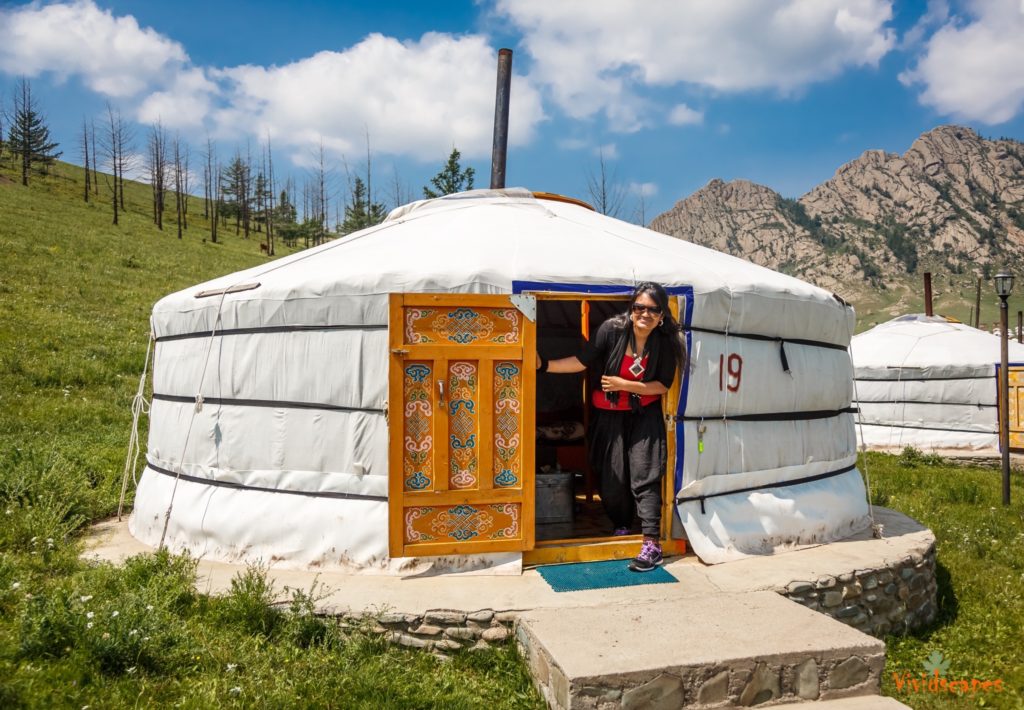 A traditional Ger experience in Terelj national park, not to be missed

The inside of the Ger was very neatly arranged and spacious too, the Mongolian nights go very cold even in summers and Ger keeps you warm and comfy, an additional wood burner stove keeps you cozy even in the peak of the winter chill. 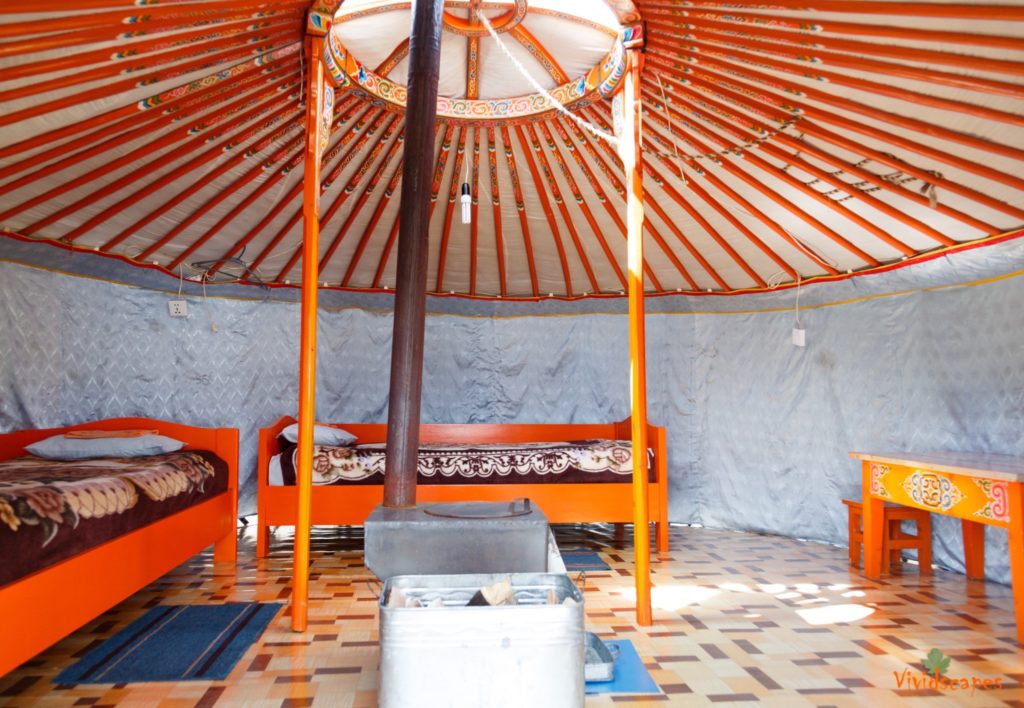 Inside of the Ger was warm and cozy

We also participated in a crash course on how to build a Ger, a typical Ger can be assembled in less than 3 hours. 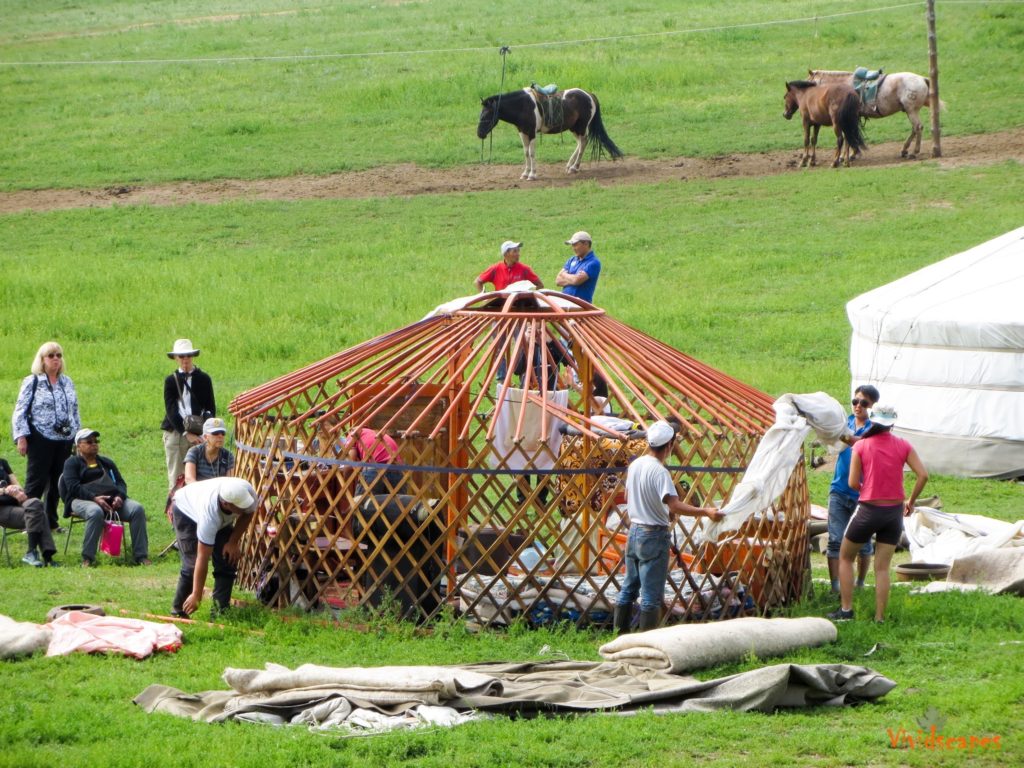 A Dummy’s guide to building a Ger lesson in progress…

Spend a day or two to enjoy the beautiful Mongolian countryside, watch the yaks go home, enjoy the chill sunrise and the gentle breeze, we could have easily spent a few more days here. 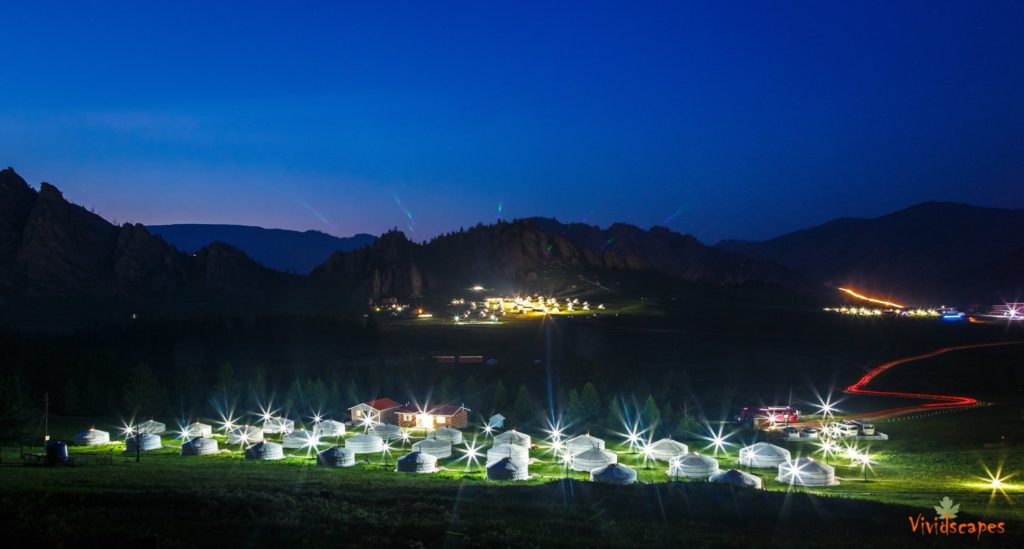 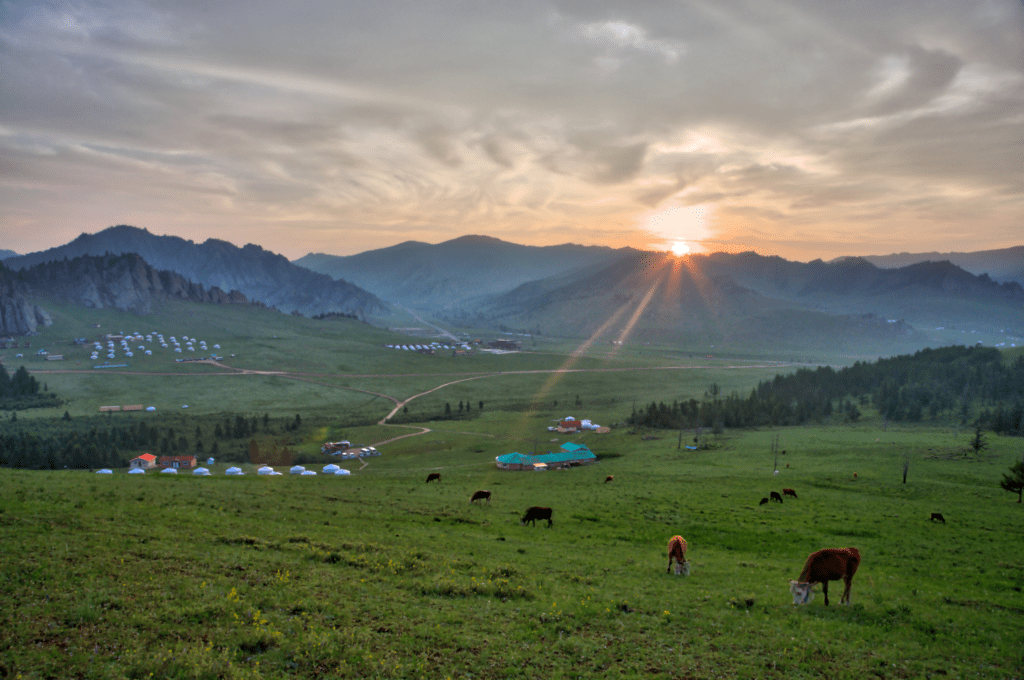 Very close to the Ger camps are two other places of interest that’s worth a visit, a rock shaped like a Turtle and aptly named the Turtle Rock, you can hike up the side of the rocks that take you up into a narrow crevice and you end up around the neck of the Turtle for a view of the whole area. 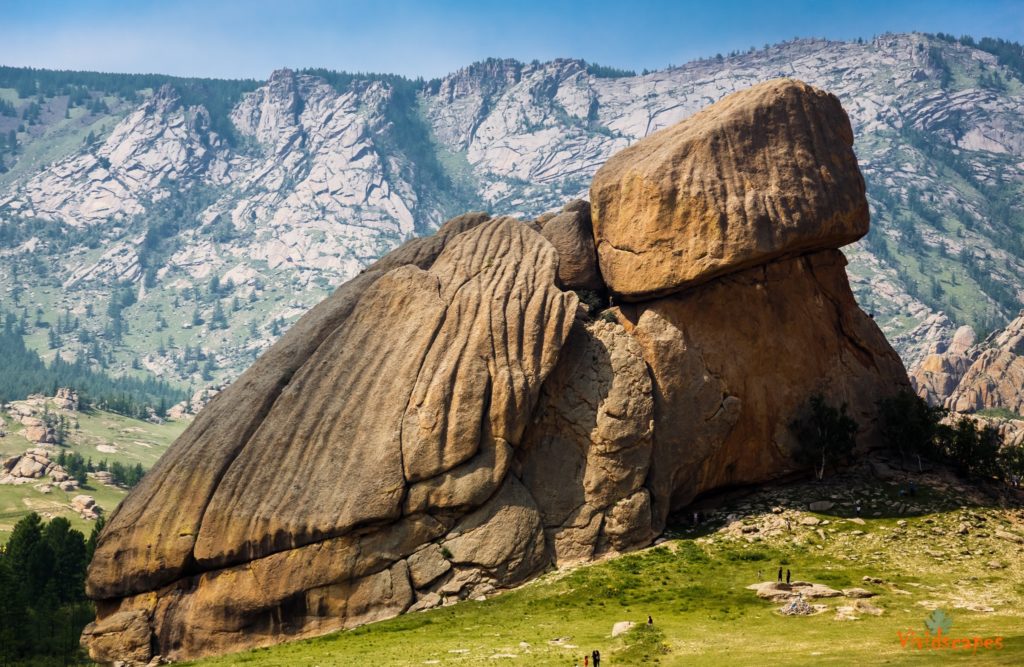 Looks like a Turtle, yes, it’s the Turtle rock

Another 15 minutes from there takes you to a surreal scenery to the Aryabal Buddhist meditation center perched high up a steep hill, It was built in the shape of an elephant’s head, the set of 108 stairs leading up to the temple symbolizes the elephant’s elongated trunk. 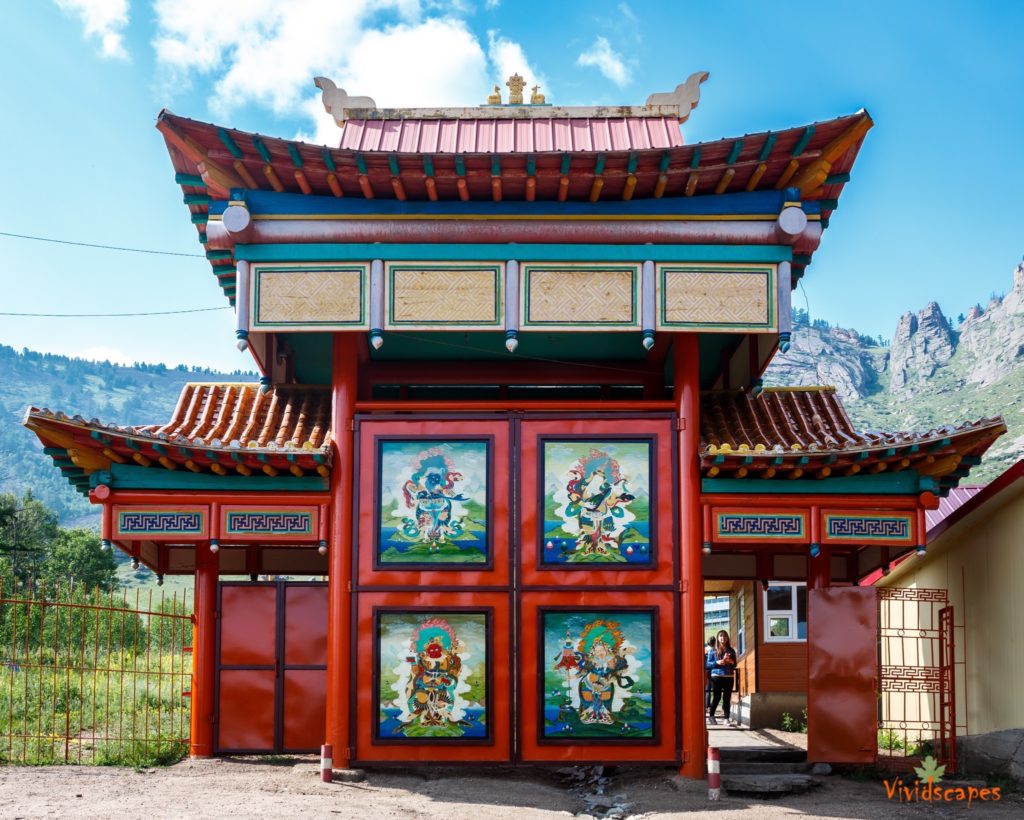 Ornate and colourful entrance to the Buddhist temple

This long walking path was not designed just to lead to the temple, but also as a path for walking meditation and reflection, 72 signs with 144 Buddhist teachings, written in English and Mongolian, lined the sides of the path. Give yourselves enough time as you walk slowly reading the teachings and enjoy the walk. 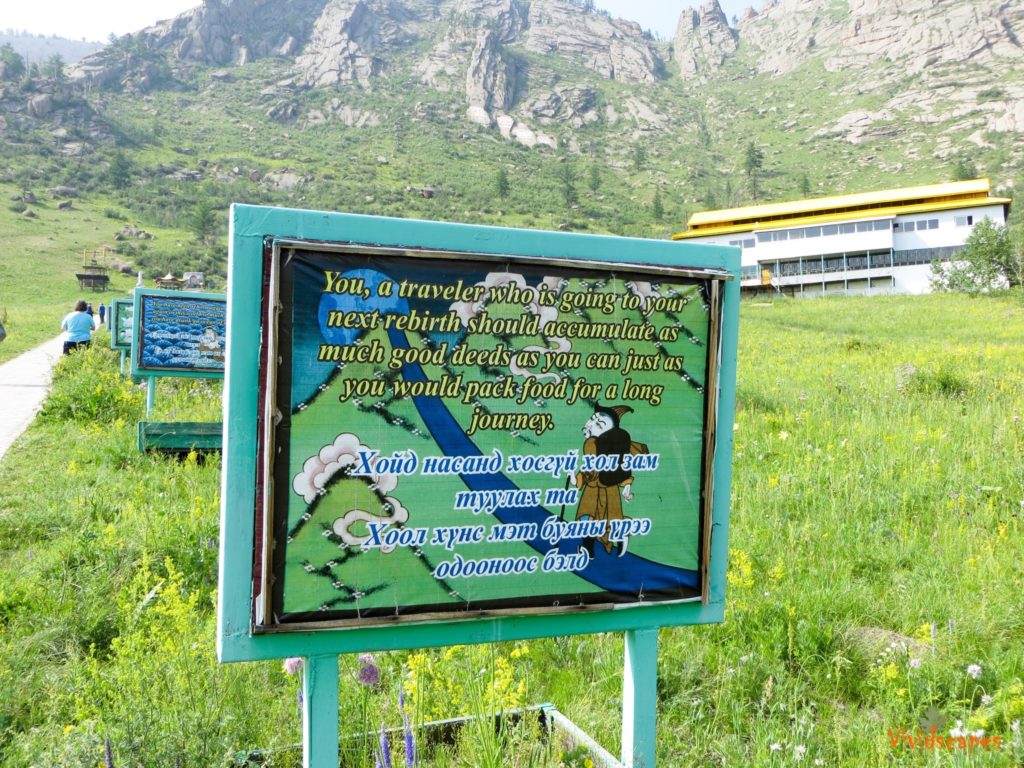 Wise words and Teachings line the walk up the monastery. 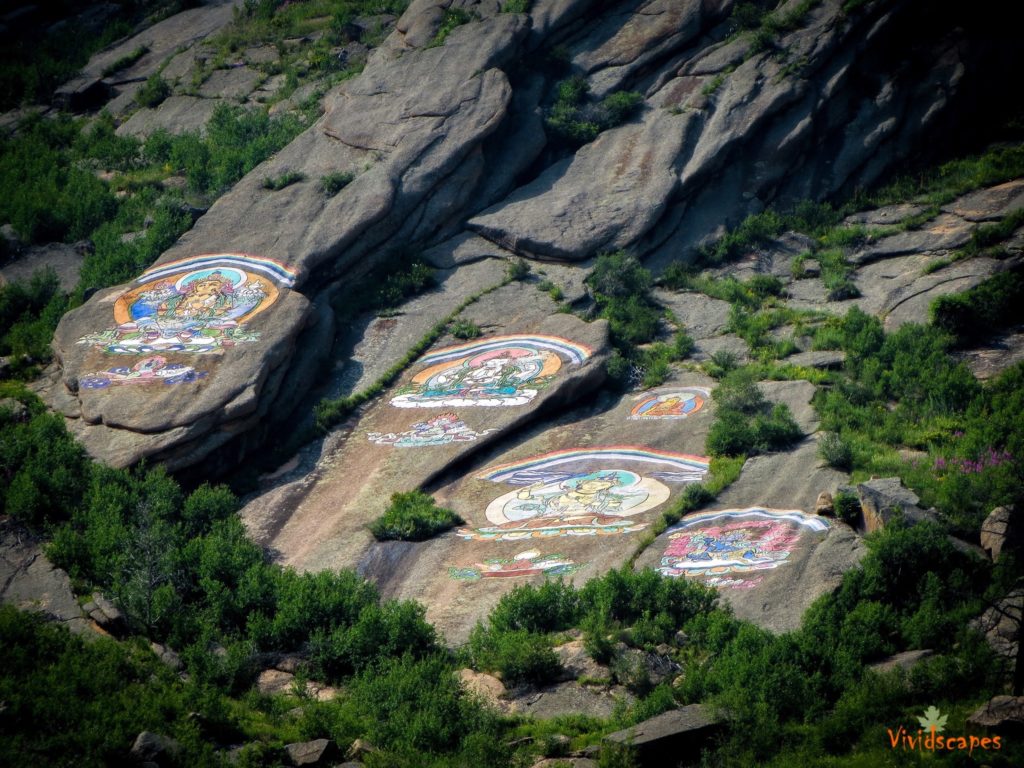 Painting of Gods and Guardians and inscriptions on the rock face 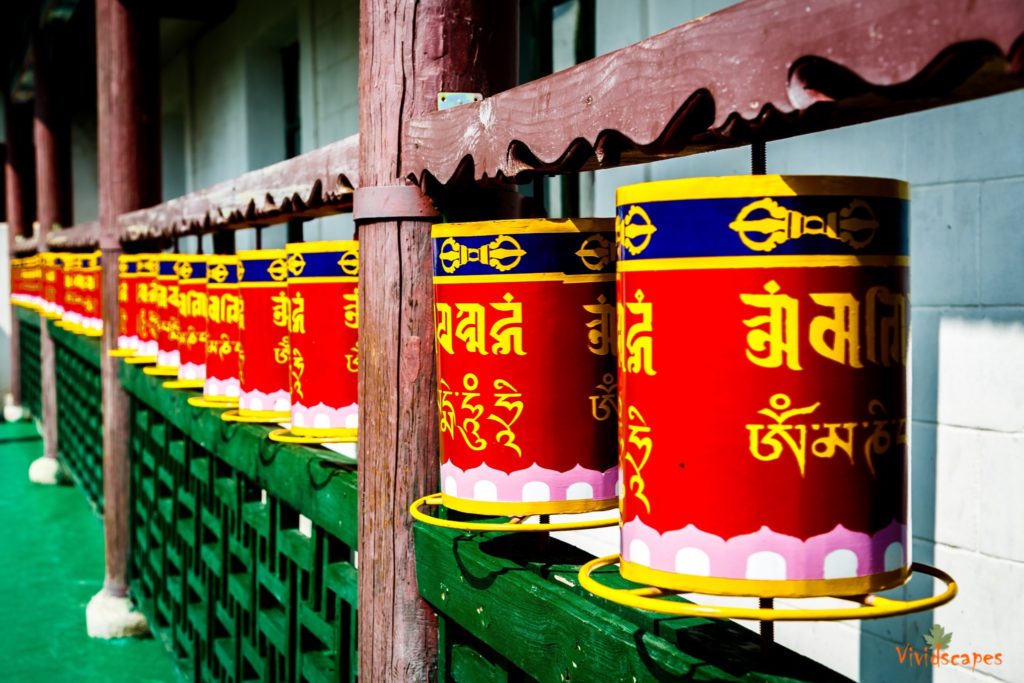 Our favourite HappyCow app showed us a few vegetarian food joints and being a Buddhist influence country did not disappoint us either. There are also a variety of Italian eateries and McDonald’s that serve veg options

We tried the FPMT buddhist centre cafe in the city centre and a walkable distance to the Chinggis khan square. 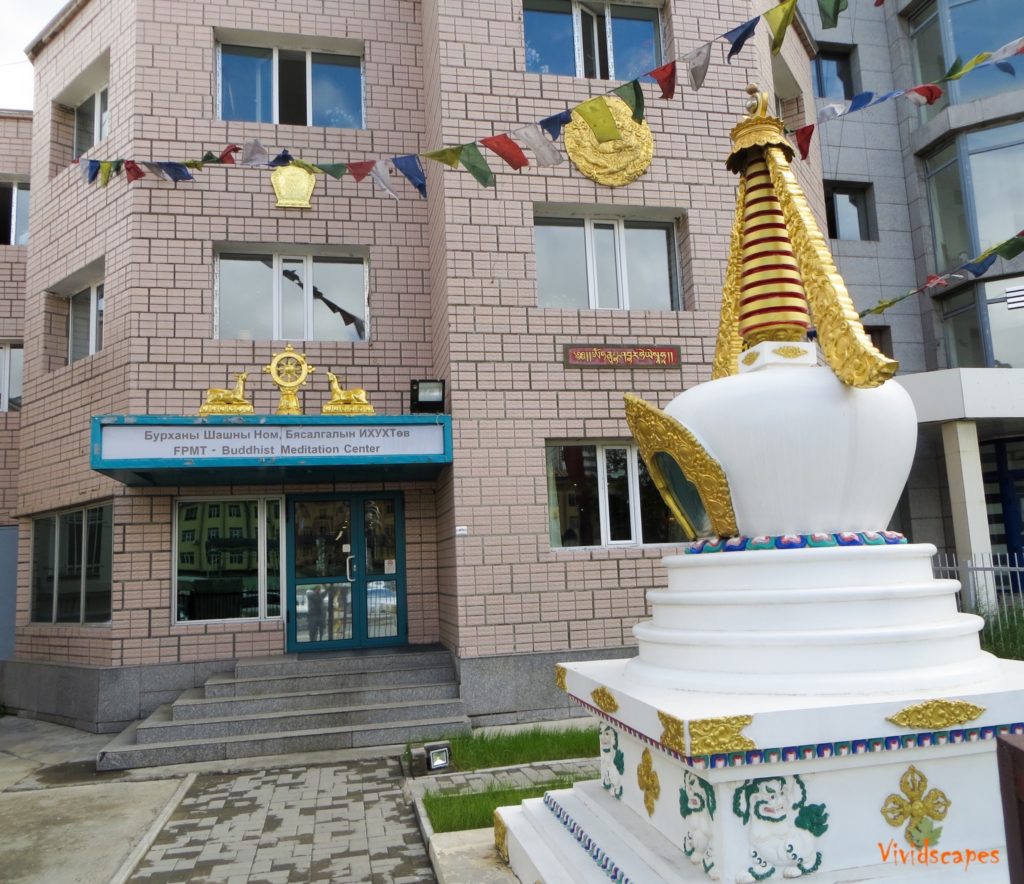 Delicious tofu curry at the Buddhist meditation centre in the capital

We did some self explored tours, walked around the city and also took a few tours via RealRussia.