We arrived here at the Beijing Railway Station on our Trans-Siberian adventure from Mongolia and spent a week around mid July, weather was warm and humid. 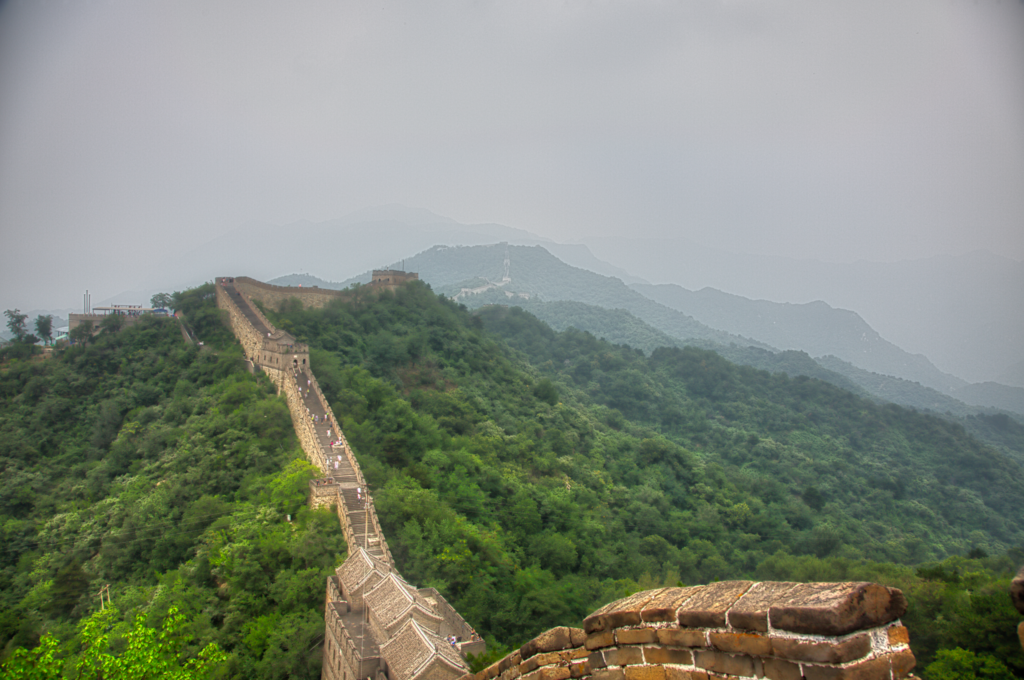 All along the Trans-siberian route was along lush green forests of Siberia to the desert scapes of Mongolia, the scenery changes quite quick the moment you enter the perimeters of Beijing. Stepping off the Beijing’s futuristic railway station feels like stepping into a new world, a world full of neon lights, incredible crowds of people, electric bicycles and electric scooters en masse at every traffic light, Beijing welcomes you into a different world not to mention the delicious culinary smells from the various restaurants that line the streets. 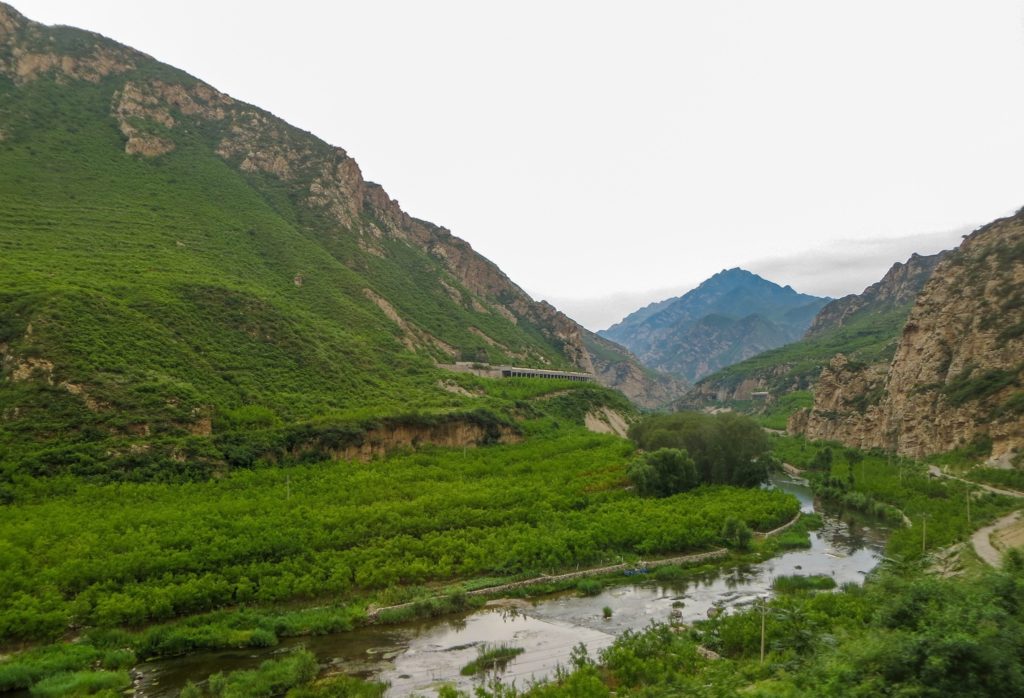 Entering Beijing treats you to a lovely scenary

Even with all the futuristic outlook, Beijing maintains its heritage and has world-class attractions, multitude of parks and traditional neighbourhoods consisting of hutong (traditional alleyways), one of the best places to see the daily life of local people. 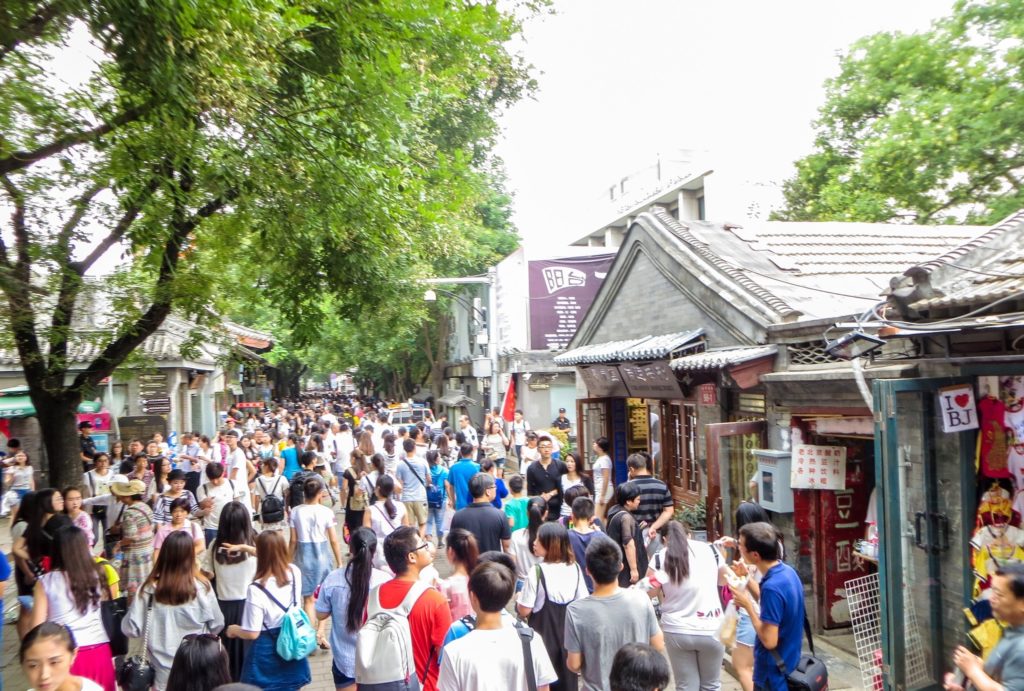 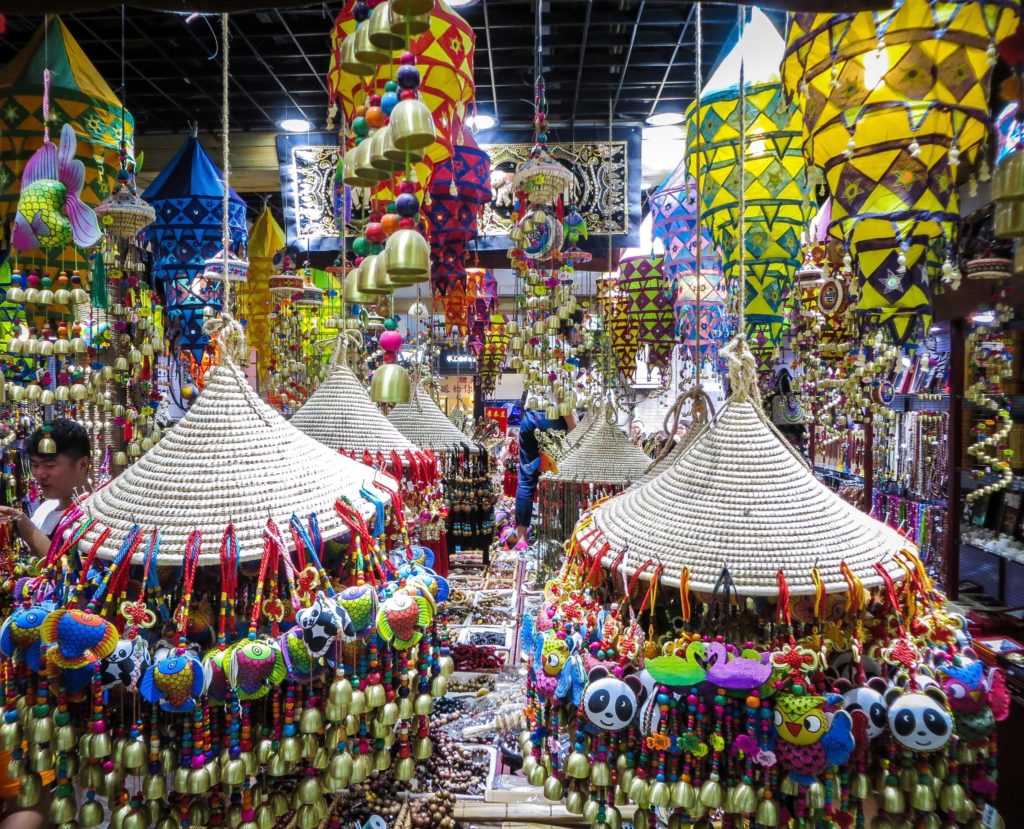 Means ‘Gate of Heaven’, lying at the centre of the city is the world’s biggest square, almost three times the size of Moscow’s red square. Its a major focal point for visitors and you will find it teeming with people most of the time. 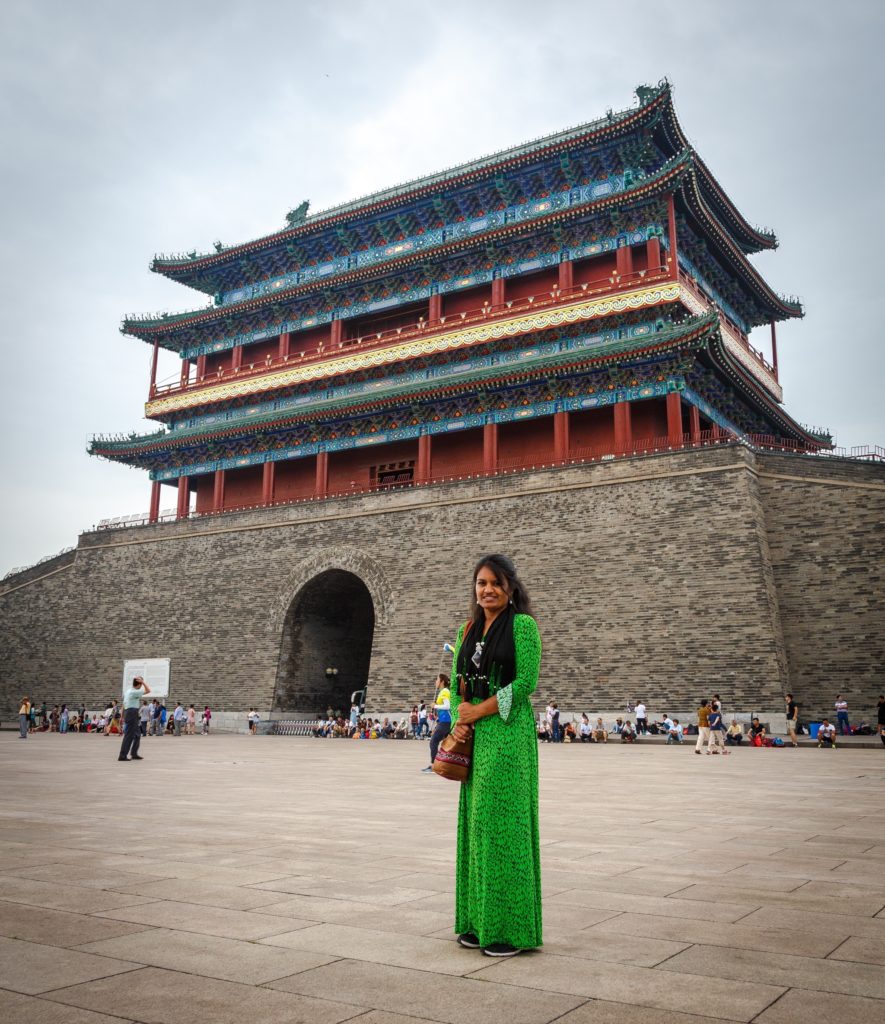 Also known as the Imperial Palace is the largest and best preserved surviving complex of ancient buildings in China which took around 14 years to complete by the Ming dynasty and was home to 24 more emperors. All the earth excavated from the moat was used to create a hill and sculpted garden, forbidden city is best viewed from here giving you panoramic scene of the numerous roofs over the palaces. 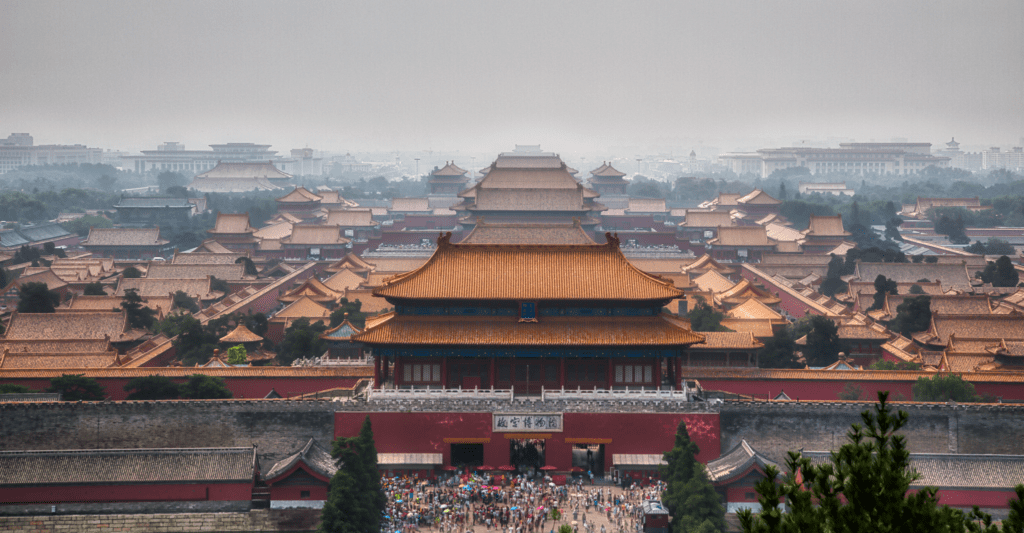 Inside an enormous 267 hectare park is the Temple of Heaven where the Emperor once conducted important rituals upon which depended the well being of the population, poor harvests were a sign of the emperor losing Heaven’s favour and spiritual duties were religiously fulfilled here. The cobalt coloured triple roof in the circular Hall of Prayer for Good Harvest symbolises heaven decorated with dragon motifs. 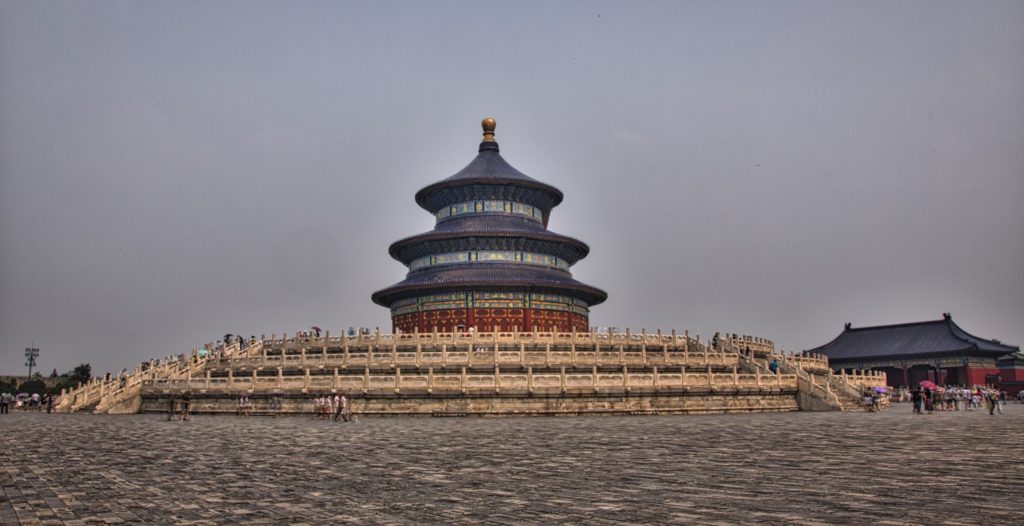 Temple of Heaven, best visited early in the morning for lesser crowds

Is the most important Tibetan Buddhist temple outside Tibet, huge and superbly colourful is teeming with monks, tourists and worshippers, awash with the scent of incense sticks making it an incredible spectacle. The sanctum sanctorum has a beautifully carved 18m statue of the Buddha carved from a single piece of Sandalwood, even has a guinness record plate on one of the outer pillars mentioning about the marvel. 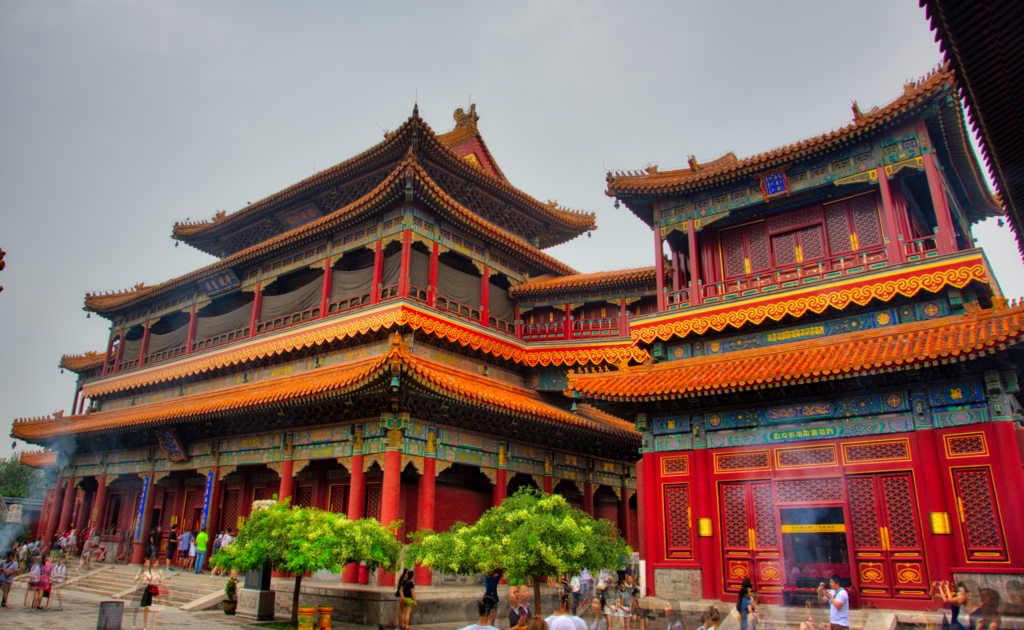 Lama temple, the smoke from the incense sticks makes for an incredible spectacle

Another great place to explore at a slow pace with long corridors, opera theatres and large open spaces for viewing performance that would have happened during the emperor’s time.

Strategically located and close to the main attractions, its a huge and interesting park of which more than half is taken by the lake, this is one place not to be missed, you can enjoy the crowds of people enjoying the gondola rides on the lake, lotus flowers in full bloom and all looks so colourful.

We took a day tour 90kms north of Beijing to this gorgeous Avatar movie like towering peaks flanked on both sides, people often refer to this as the little river Li, its most picturesque and the boat trip takes you along the winding river showcasing the beauty and immensity of this place, it takes a day to see this place, and you can bungee jump, do a rope walk and a 2 hour hike take you to the peak for some amazing aerial views of the gorge 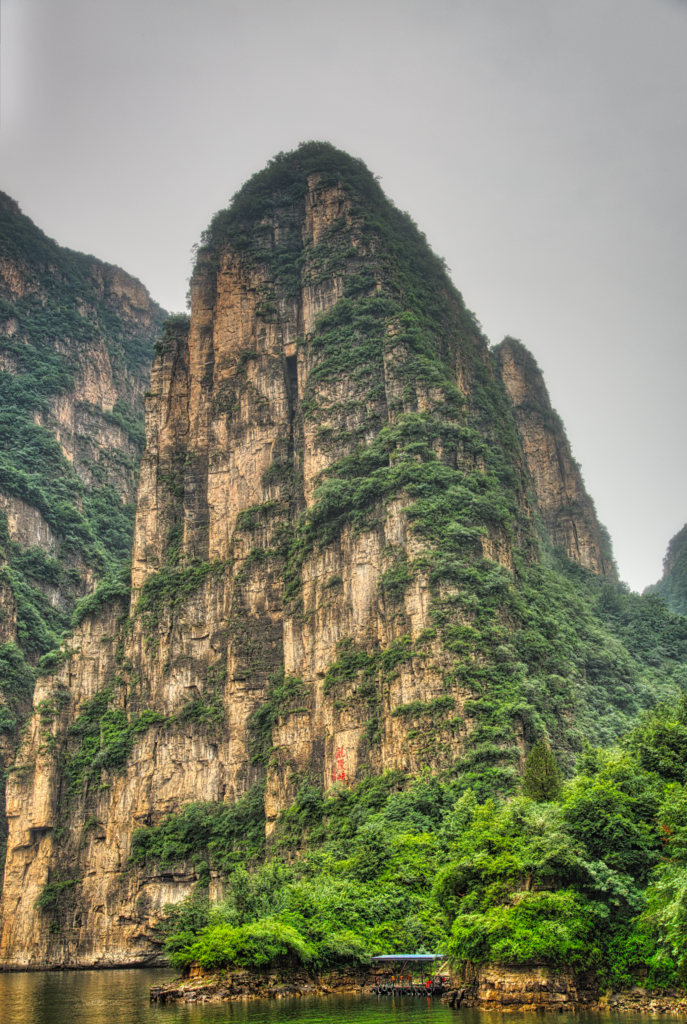 and there are so many more attractions in Beijing that would easily take up a week to explore, most important is the wonder of the world, The great wall, needs a post of its own. 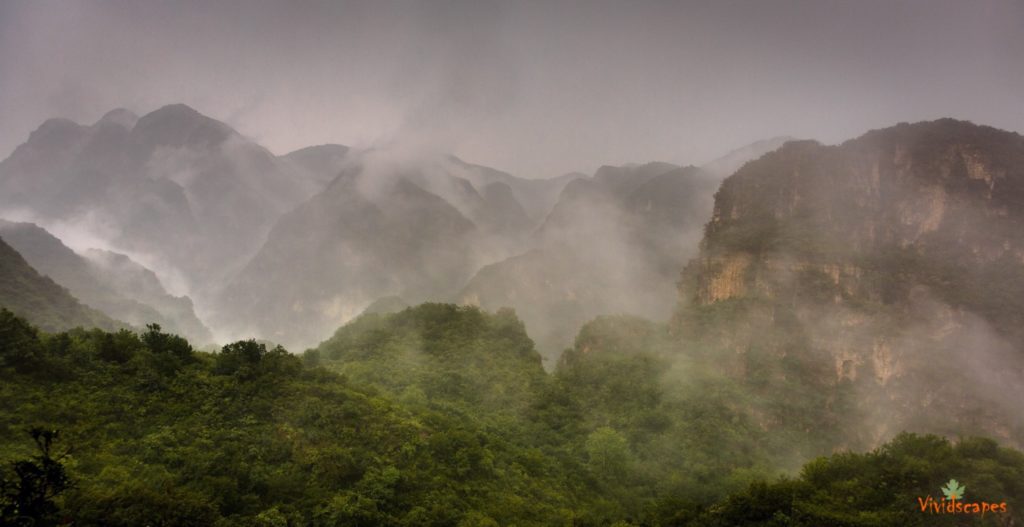 A 2 hour hike up the gorges near the Longqing Gorge

Its a pilgrimage that needs to be made if you are in Beijing, a place where you get anything, from electronics to clothing to makeup, you name it, its there, make sure to do a hard bargain, Suni purchased a traditional chinese dress which was marked up by as much as 200 percent. 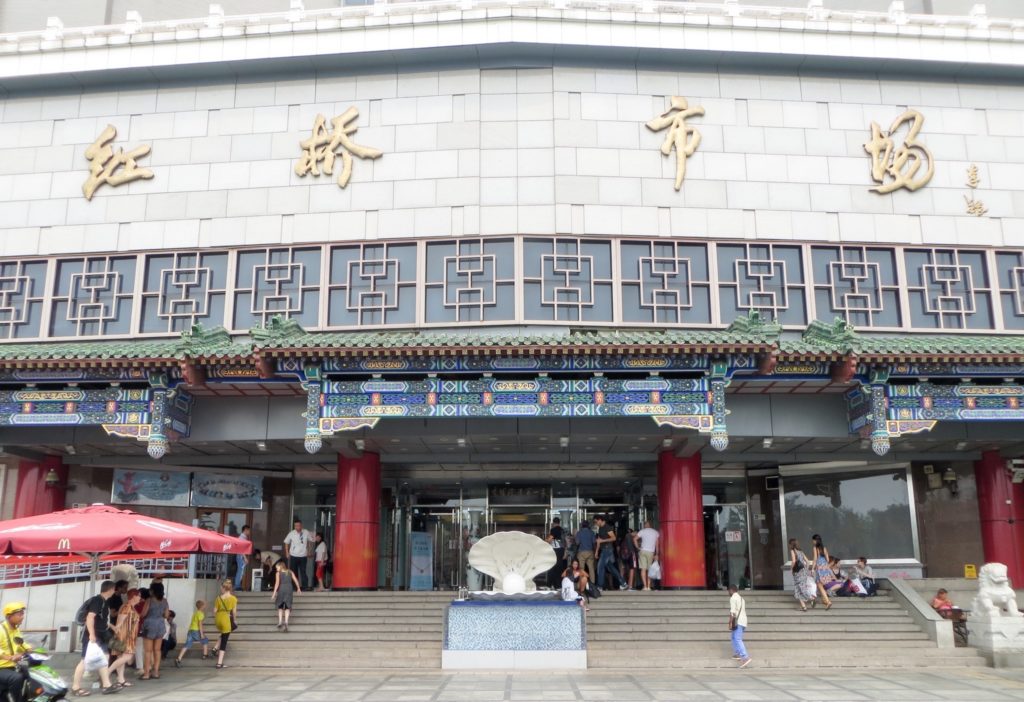 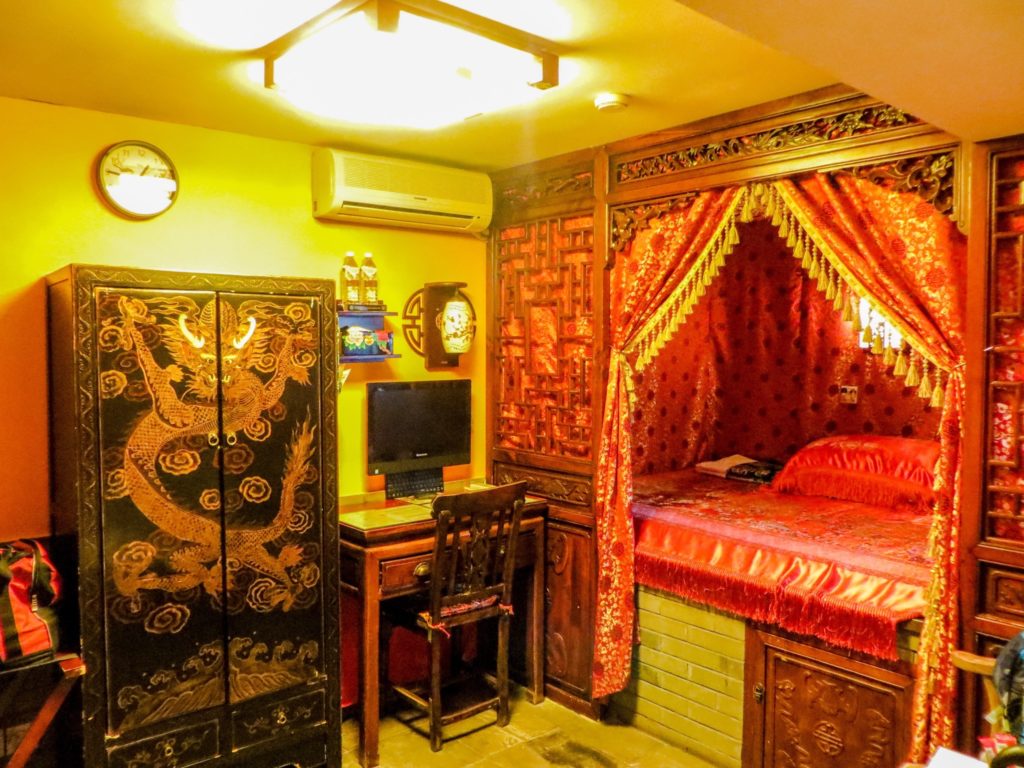 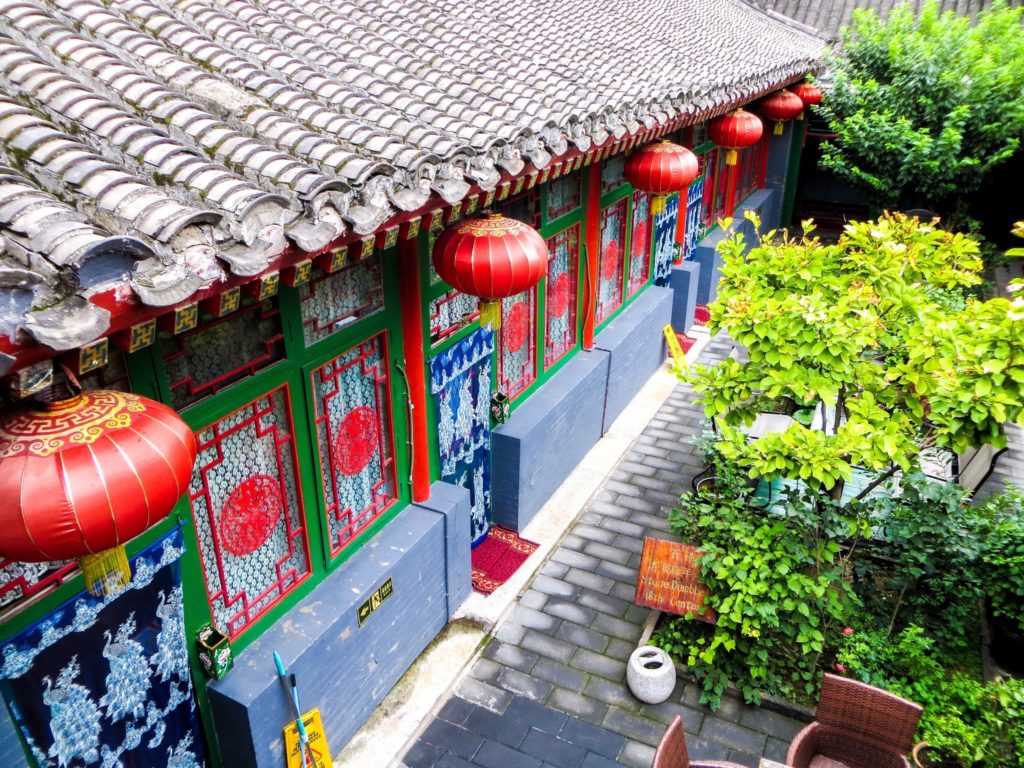 A colourful courtyard in the Beijing Double Happiness Hotel

We were warned before the trip by a few friends that its going to be a tough job eating in Beijing unless we change our culinary tastes to fried frogs, smoked snakes and the unimaginable and unseen creatures from the deepest and darkest parts of the earth.

How wrong could we be and it was the complete opposite of the above, while the streets were buzzing with shops selling such exotic food, we found enough vegetarian food restaurants that can take us a while before getting bored, we walked the main streets and the many side streets of Beijing city centre and we did not even use the happycow app before we found these nice eateries.

We stayed at a remote farmers house near the great wall and we had tasty vegetable fried rice, so getting veg was very easy.

A perfect chinese style restaurant and serves lovely dumplings, quite a lot of different dumplings were on offer that we have not seen or tasted anywhere else. 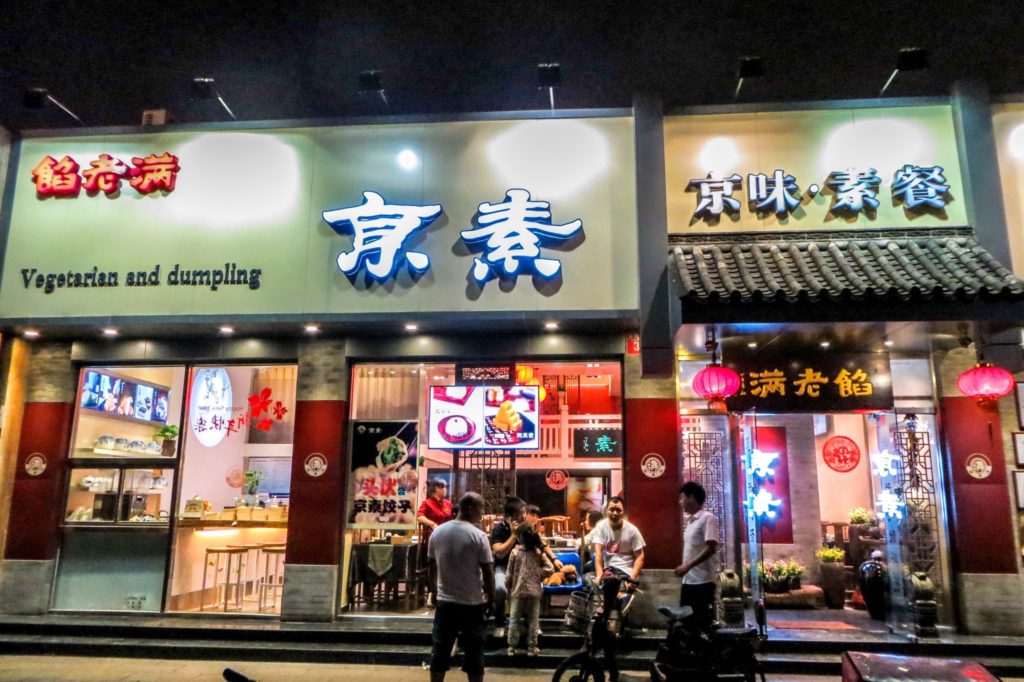 We loved the food so much and there are so many items on the menu that we ended up eating here the whole week while we were in Beijing. 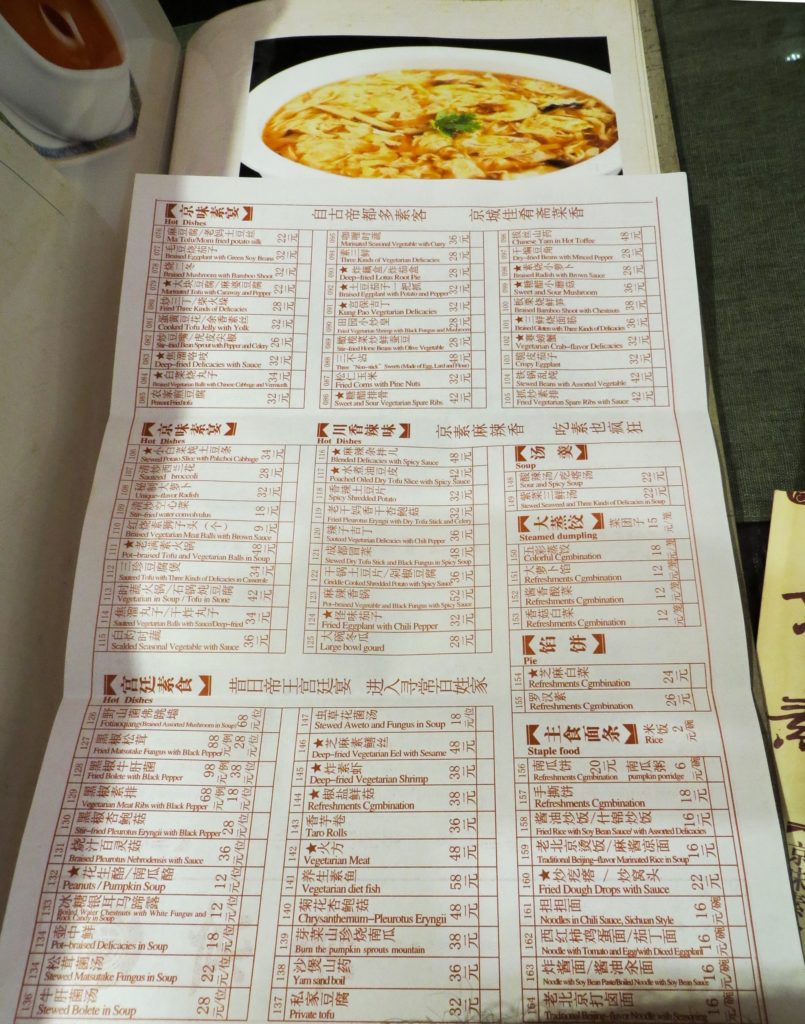 Its all Vegetarian, enough to make us so happy

Beijing has a nice underground public transport system of 14 lines and is the best and quickest way of getting around much of the city, station names are in English too, frequent and cheap, we explored the city on foot and trains and took a few interesting tours from CatherineLu Tours