We embarked on an adventurous trip, halfway around the world, the adventure was to travel overland by train on the Trans-Siberian rail route.

The Trans-Siberian Railway is one of the most famous train journeys in the world. For us, it was the highlight of 30 days we spent in Russia, Mongolia and China.
Its once in a lifetime experience. You get: The most spectacular views of Russia, Mongolia and Northern China.

On the train from London to Beijing, we travelled through 7 Countries, 7 time zones and covering a total of 10000+ Kms.

Best of all, he would tell of the great train that ran half across the world

…He held me enthralled then, and today, a life-time later, the spell still holds. He told me the train’s history, its beginnings …how a Tzar had said, ‘Let the Railway be built!’ And it was …For me, nothing was ever the same again. I had fallen in love with the Traveller’s travels. Gradually,  I became possessed by love of a horizon and a train which would take me there …

Trans-Siberian rail journey, no train journey on earth can equal this one, almost 5000 miles between Moscow and Beijing. It is not just its vast length and the great variety of the lands and climes through which it passes. It is not just its history as the line that linked the huge territories which are Russia together. It is a dream which calls countless travellers to the adventure of the longest railway in the world. This year, 2016 was the 100th year of the finishing of this very rail line. 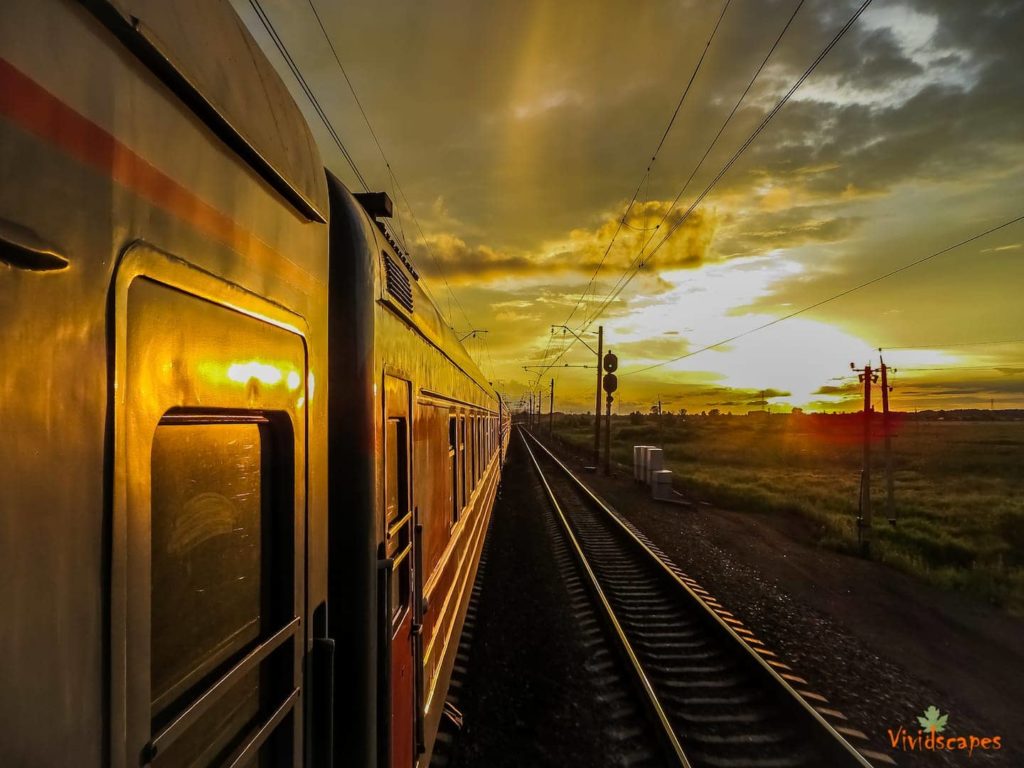 A beautiful sunset view from the train

Its often fabled by the name Trans-Siberian express, but in fact there is no regular train service of that name exists, rather its common term for the main routes across Siberia and hence the route gets its name, this is definitely not a tourist train, its what the Russians use to travel between cities.

Also Read:
Guide to crowd free sections of the Great wall of China

The journey is a long one and can be done in complete leisure, in fact its best to take your time exploring the beauty of rural Russia, there is a direct train that takes you to Vladivostok in 7 days and to Beijing in  5 days, but ideally a minimum of 3 weeks is best for the trip. 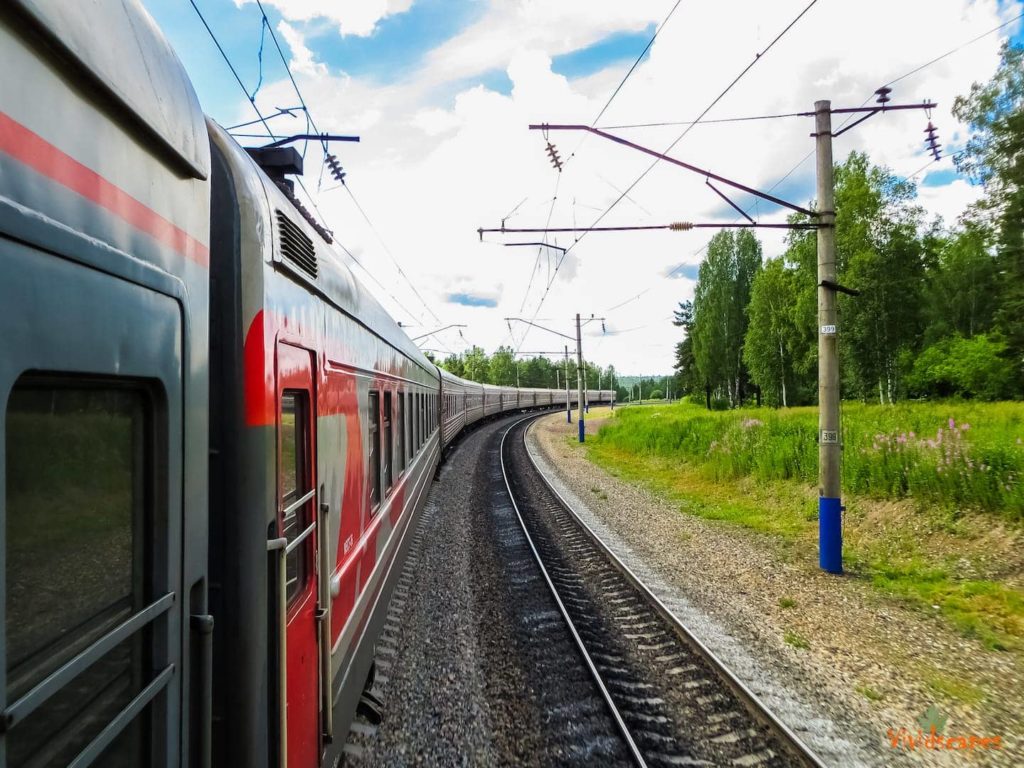 Nice views greet you all along the way

We did a 32 day trip from London to Beijing, as seat61 says –  Flying to Moscow to pick up the Trans-Siberian Railway is like entering a marathon and then accepting a lift in someone’s car for the first hundred yards…  Don’t cheat! 🙂 If you’re going to go overland to the Far East, do it properly, starting at London St Pancras and staying firmly on the ground.  It’s easy to travel from London to Moscow by train, click here for train times, fares & how to buy tickets.  How about starting your Trans-Siberian trip with Eurostar from London to Paris and then a ride on the excellent Paris-Moscow Express? 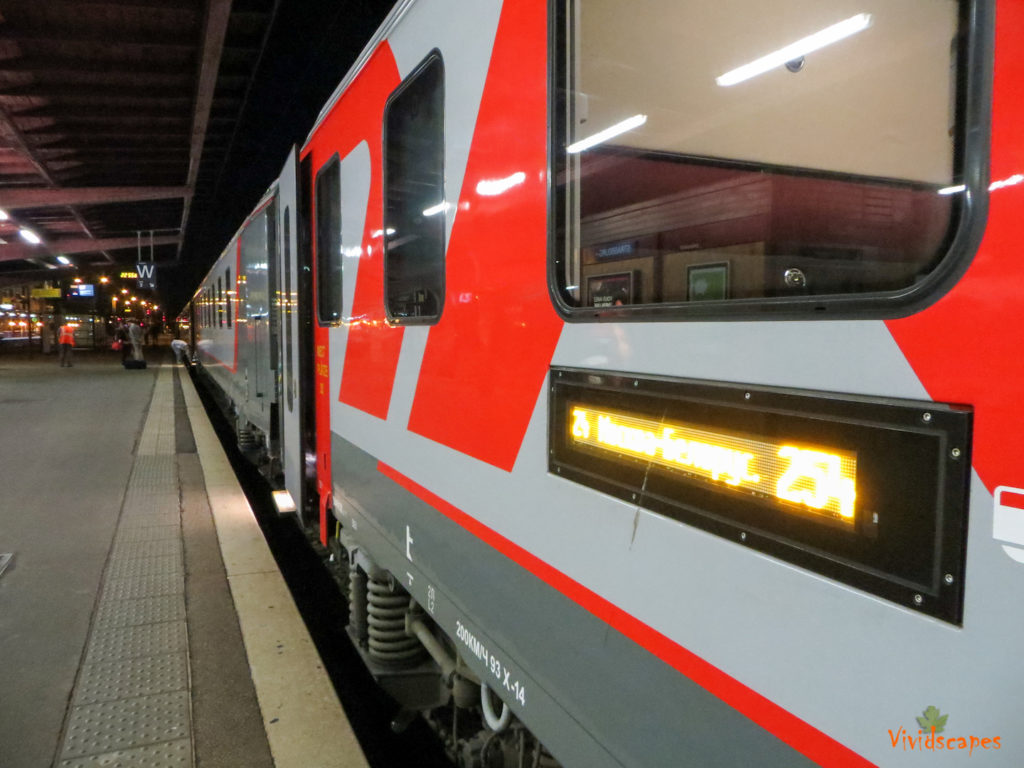 Sometimes the Paris-Moscow express starts from Strasbourg, keep an eye on any pop up stands in Gare De Lest station providing you with free tickets to Strasbourg and then connect to the Moscow express.

Time flies on the train

We had the same feelings as you are thinking right now, on the train for a few days at a stretch, we going to get really really bored, there is nothing much to do, and how wrong could we be to think that and we were proved wrong.

You quickly settle into a certain rhythm of life on board the train and find plenty to occupy your time. 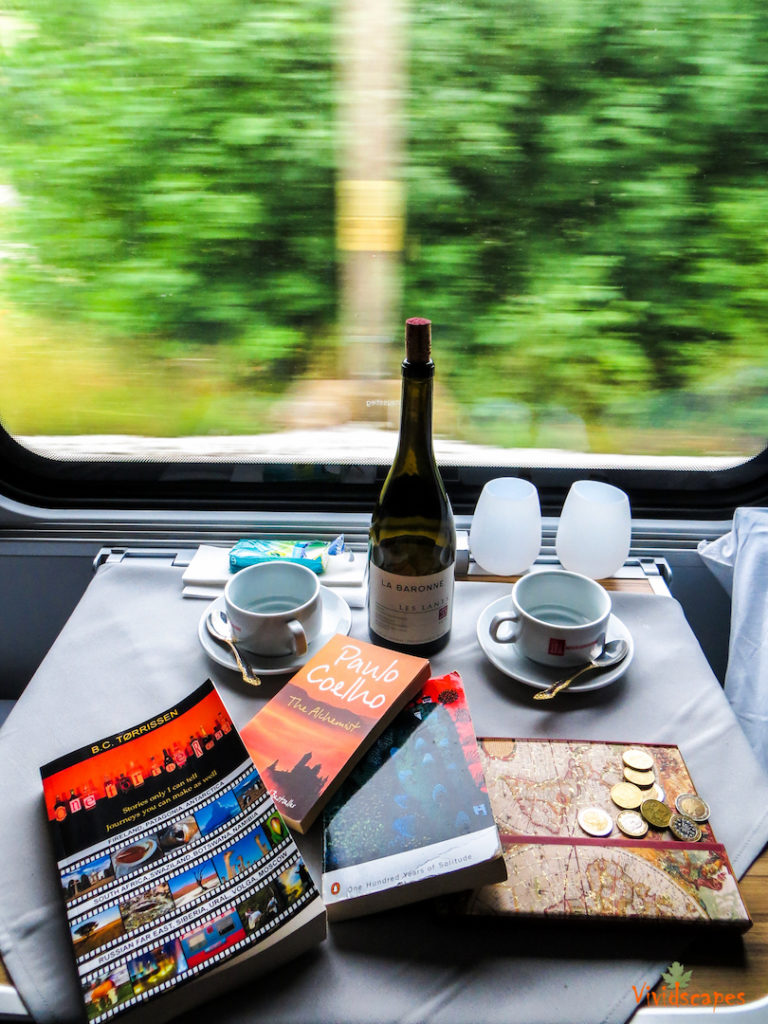 You settle into a certain rhythm on the train, few books, and a good french wine to enjoy.

Most of our time was spent looking at the beautiful scenery, sleeping, exploring the train top to bottom, carriage by carriage, taking photos, making tea, lots of tea…. 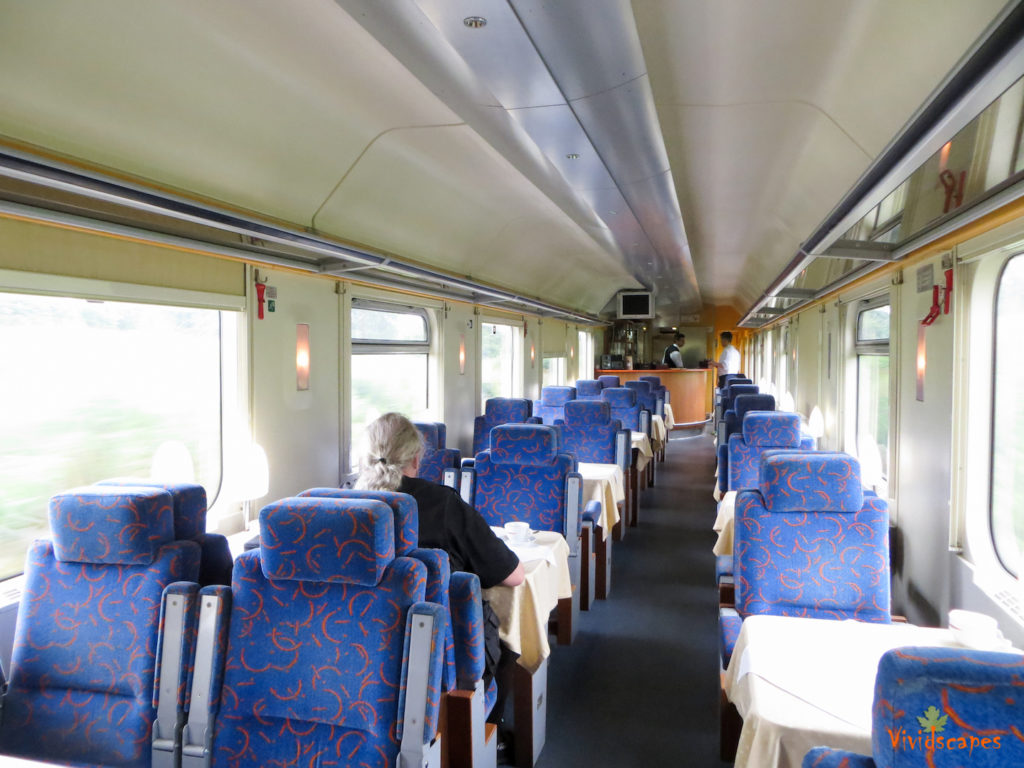 Frequent visits to the restaurant car to spend time and socialising with fellow travellers.

…and getting out at each station to discover interesting russian foods on offer. 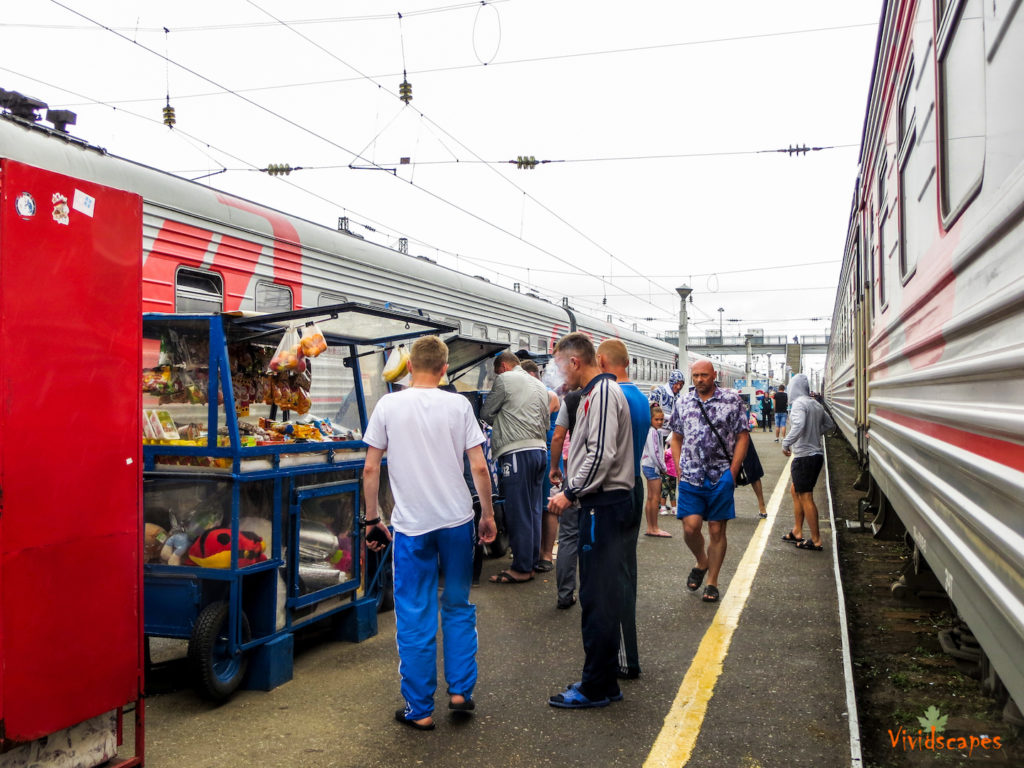 Most Stations have stalls to buy food and beverages. 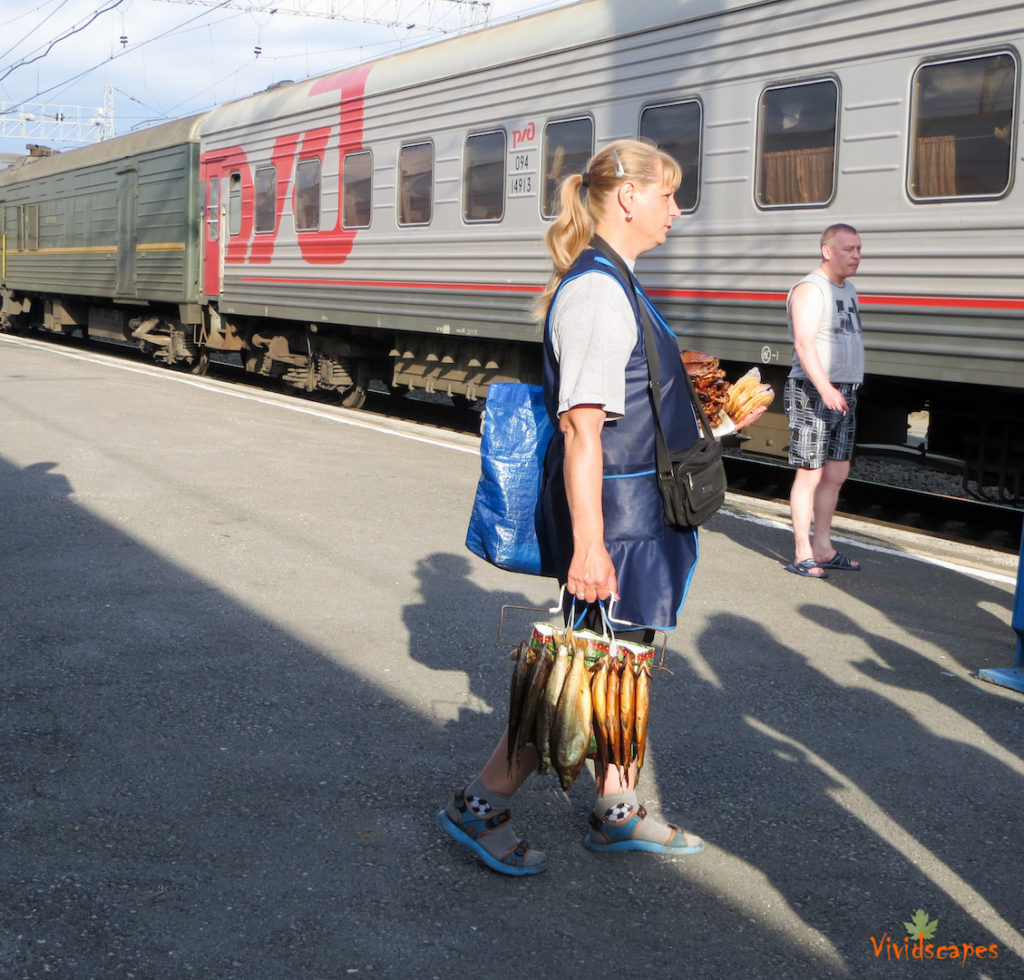 Smoked fish vendor on one of the train stations.

If you still feel bored after all this, every carriage has a big TV on both sides, a TV that has no remote and no channels, its just one show and thats natures show that you can watch all day long, the lush green fields, country side houses with lots of vegetables farms and grazing animals. 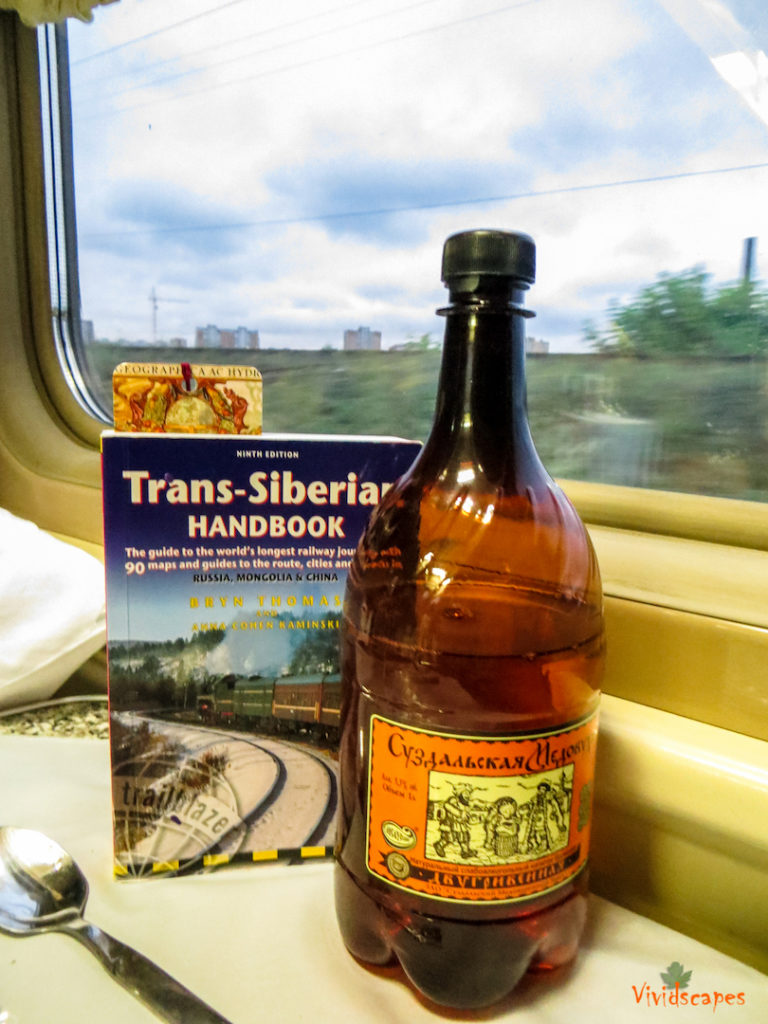 A nice honey Vodka and a big TV to gaze through..

Do we need to know Russian to become friends with fellow passengers? Certainly not, very few travellers on the trans-siberian can talk Russian, Mongolian or Chinese, we certainly can’t and we managed fine, and so the other travellers we met along the way.

You get to meet a lot of fellow Russians on the train and they were all very sociable and friendly. This lovely daughter and mom were our fellow kupe mates and became good friends, we are still in touch with them, we exchanged lots of stories over the 2 days along our journey.

We did not know Russian and they did not know English very well, but we talked for hours using Google Translate, have a peek on the tech essentials for the trip that helped us quite a bit. 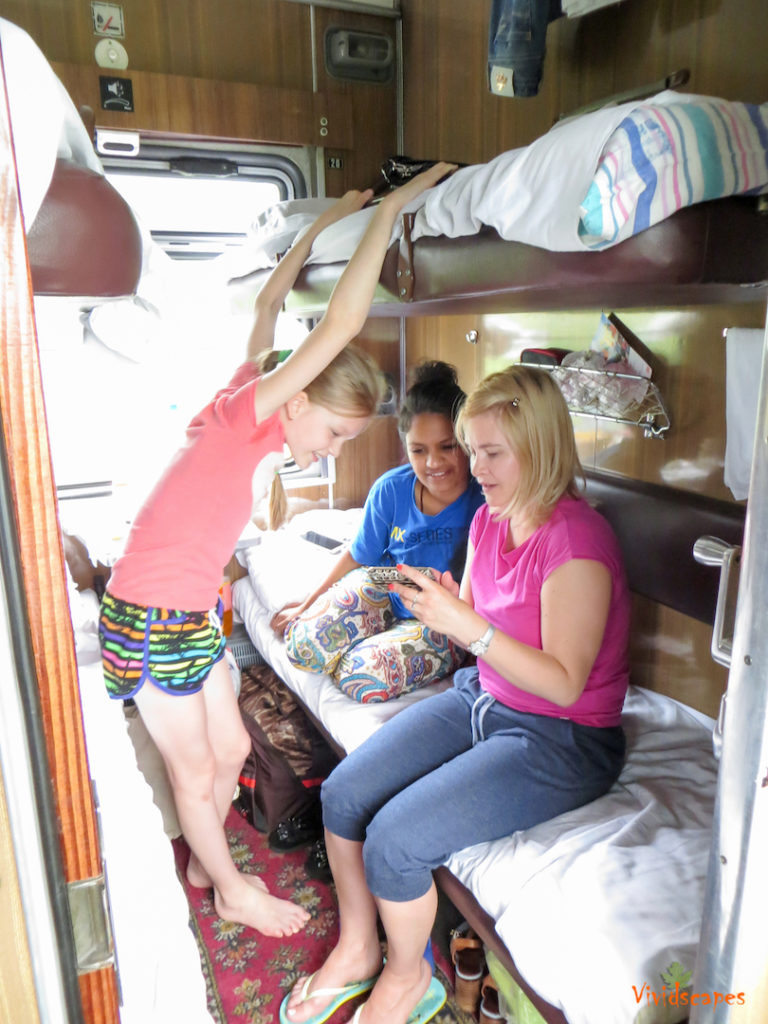 Its also common to share food with people you meet and it’s considered rude to say no, we shared a lot of biscuits, chocolate, Tea, coffee, hot chocolate and of course bought and shared icecream from the stops along the route. 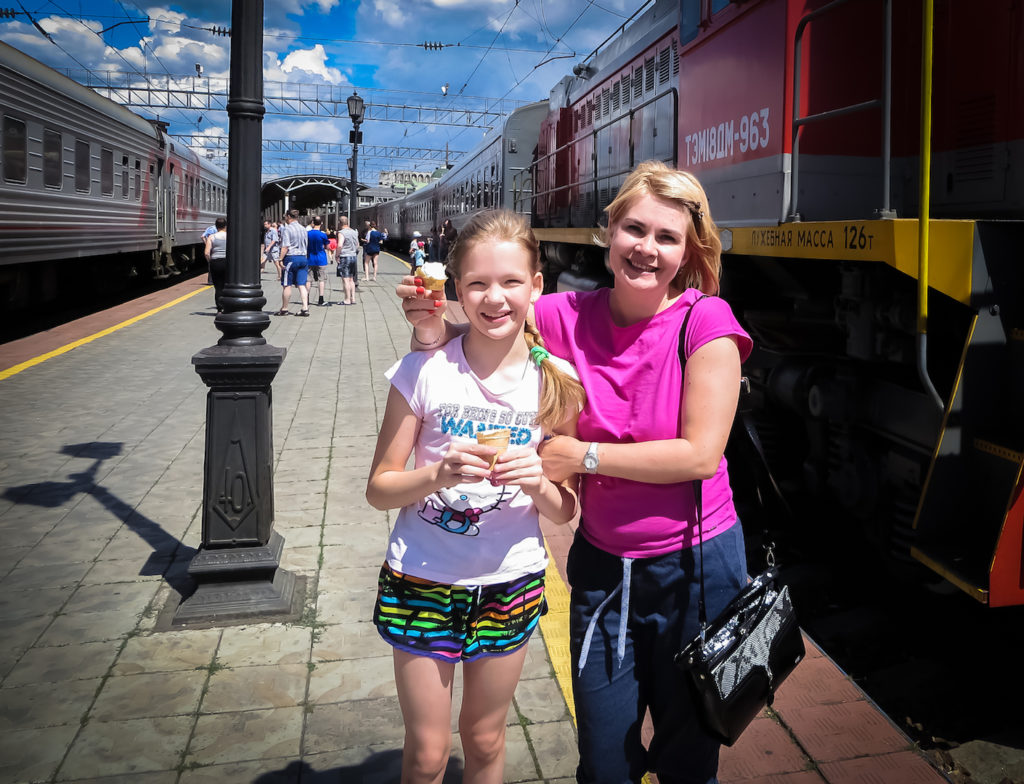 Sharing food and ice creams… quite normal on the route. 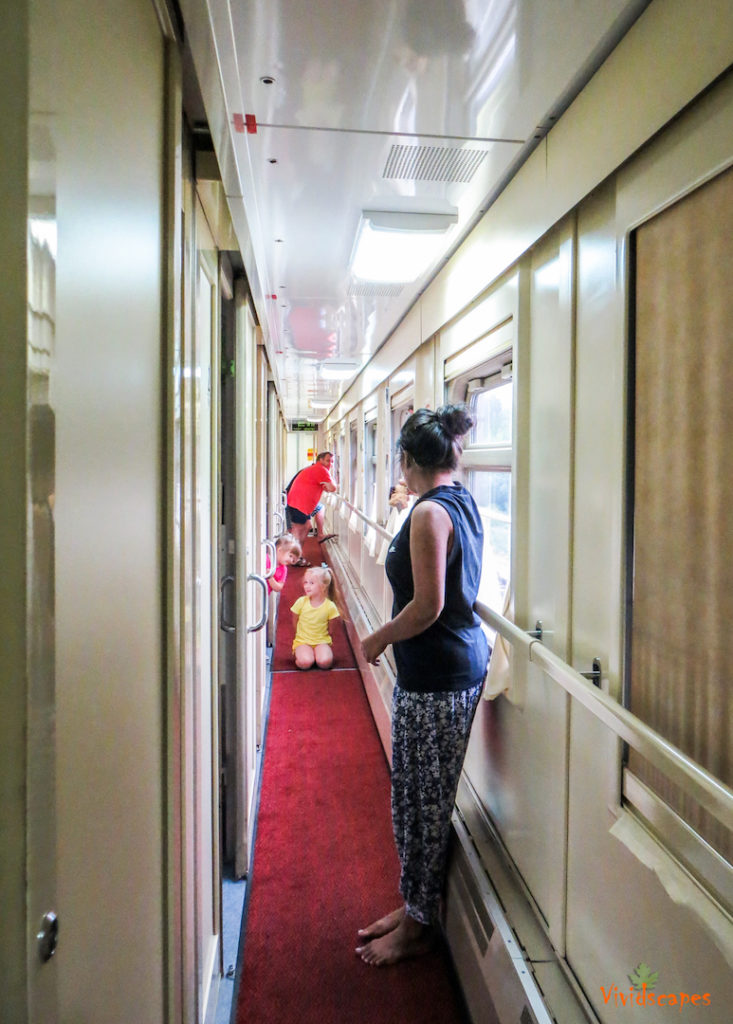 Playing with the kids on the train

Do you now agree there is so much to do along the journey that keeps you fully entertained.

When we were planning for this trip, we stumbled upon cute pictures of kids in Mongolia and fellow travellers on the Train and we learned of a very good tip from a few other blogs, take some small gifts and souvenirs and would help break the ice and to start a conversation. 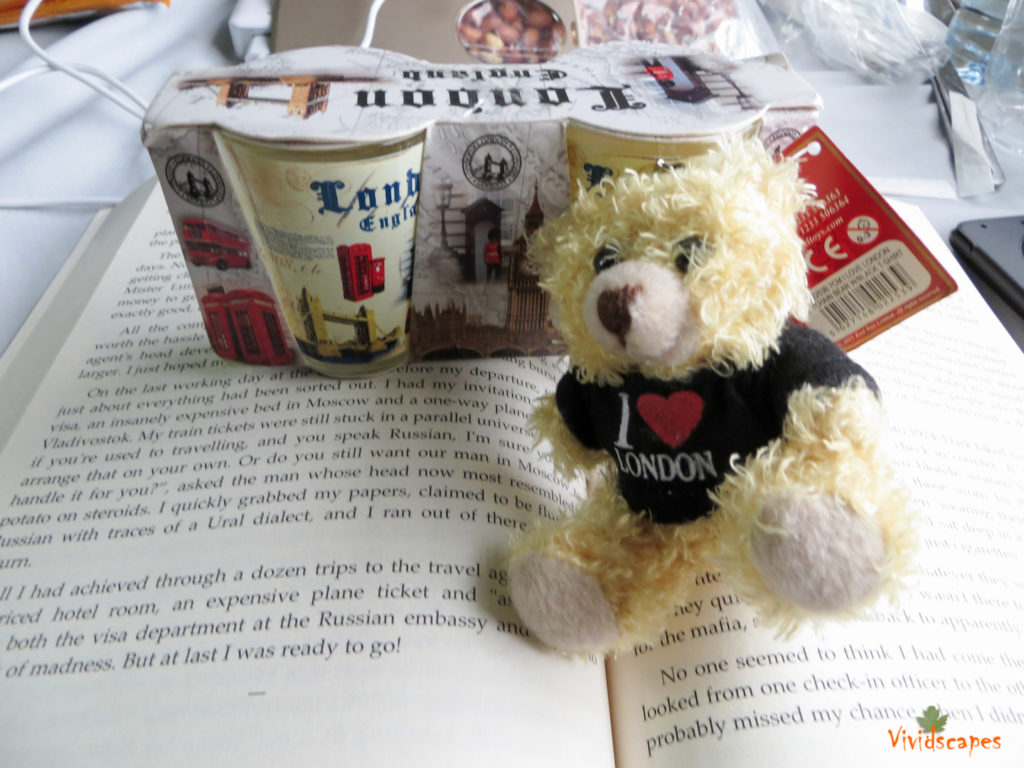 Small gifts and souvenirs are quite handy to start a conversation.

The train crosses several countries and hence a few border crossings and procedures, they can take anywhere from three to seven hours. Immigration and customs officers of the country you are leaving check passports and visas and collect customs forms. No one on the Russian side speaks english, we were lucky to have a professor we met on the train, helped us as our translator.

At most entry and exit points they disappear with the passports for upto an hour before dishing them out, the compartments are then searched by border guards, it’s just a quick glance inside the luggage compartments and a quick check inside the bags for anything suspicious and banned items, on the other side of the border the entire process is repeated, uffff and this is where it could be a bit tiring at times. 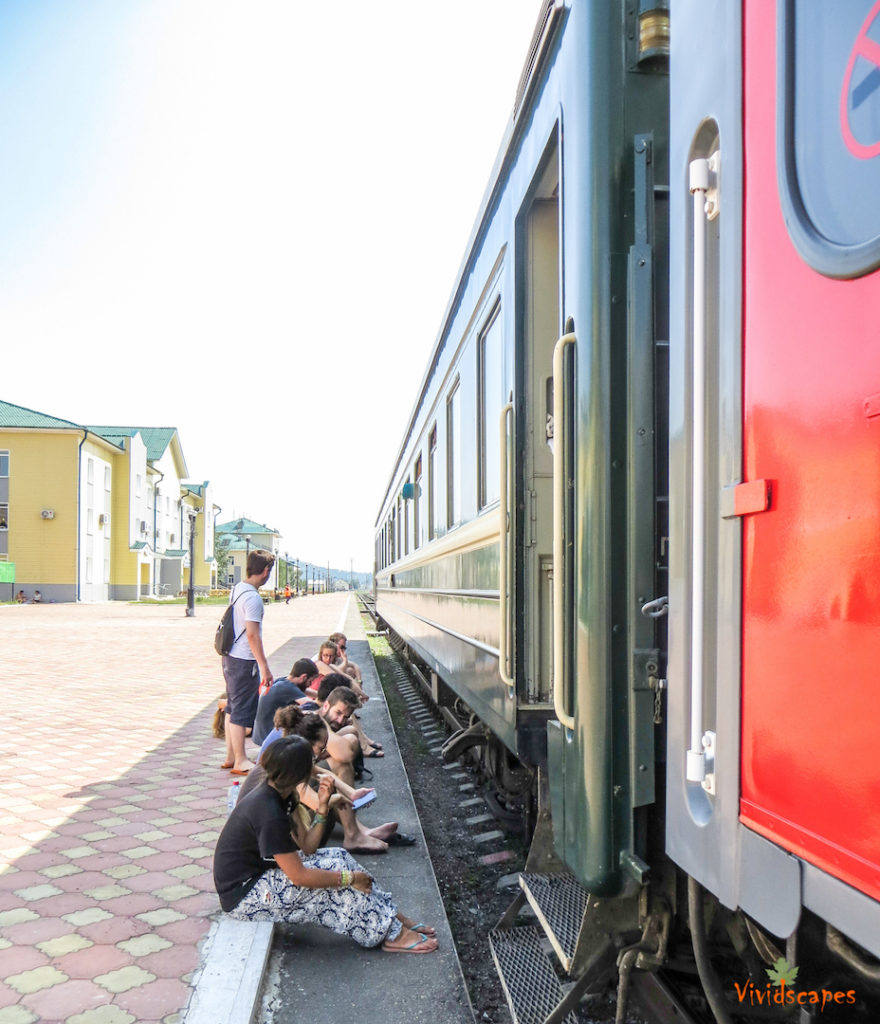 Lot of time at hand around border crossings

The first time we saw so many international travellers is between Irkutsk in Russia to Mongolia and the longest border crossing of around 8 hours, arrived in the morning, we were all sat inside the carriage at the sweltering mid day mongolian sun, the tin carriage made sure it kept us all at a lovely 40c until all checks were done and were all finally let out to chill in the midday sun, first thing we did was to run out to the shops and grab some ice creams.

The trains were then taken away for what seemed to be ages before finally arriving and taking us all to the Mongolian side. A well deserved break, and a chance stock up on water and other essentials here. 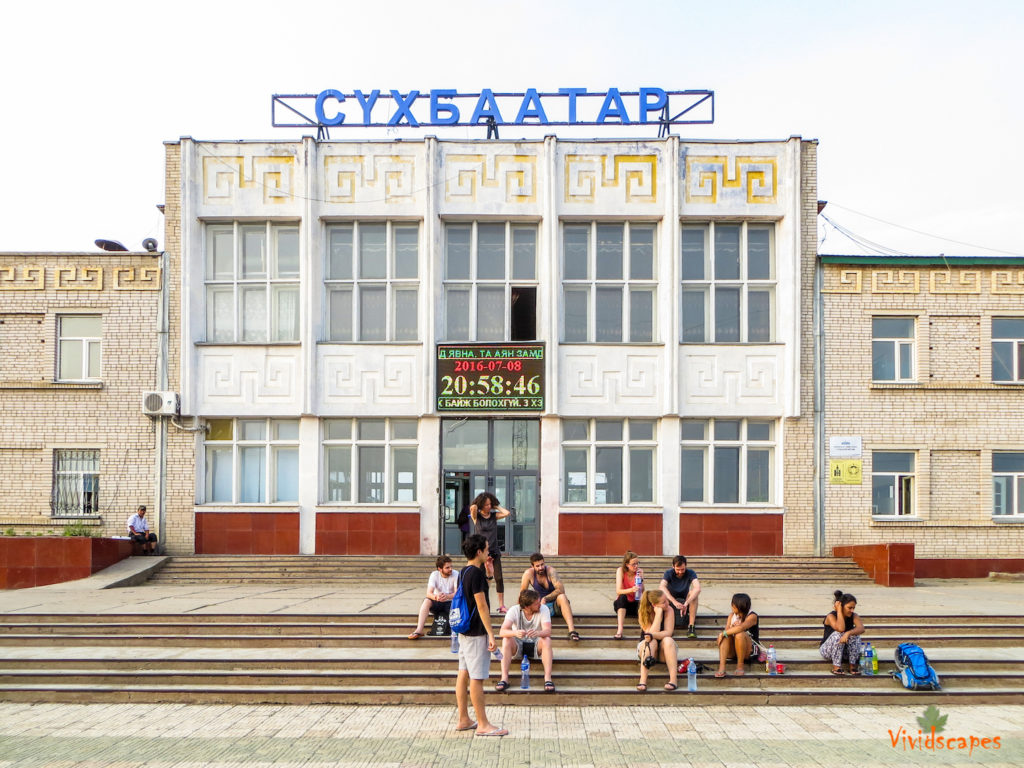 A well deserved break after the sweltering mid day sun.