Door to Hell – A photography guide

Darvaza or Darweze means Door or The Gate in Persian, a small village of around 350 inhabitants located in the middle of the Karakum Desert.

An engineering accident led to a huge crater spewing out natural gas that was lit to save the leak of dangerous gas into the atmosphere and its been burning since 1971, ever since its known as the Door to Hell, it definitely is a way to hell if someone is to walk too close to the edge and fall in, there are no safety railings and the soil around is crumbly, so needs a cautious step, but it’s a big attraction now, the fire also provides warmth in the cold desert nights. 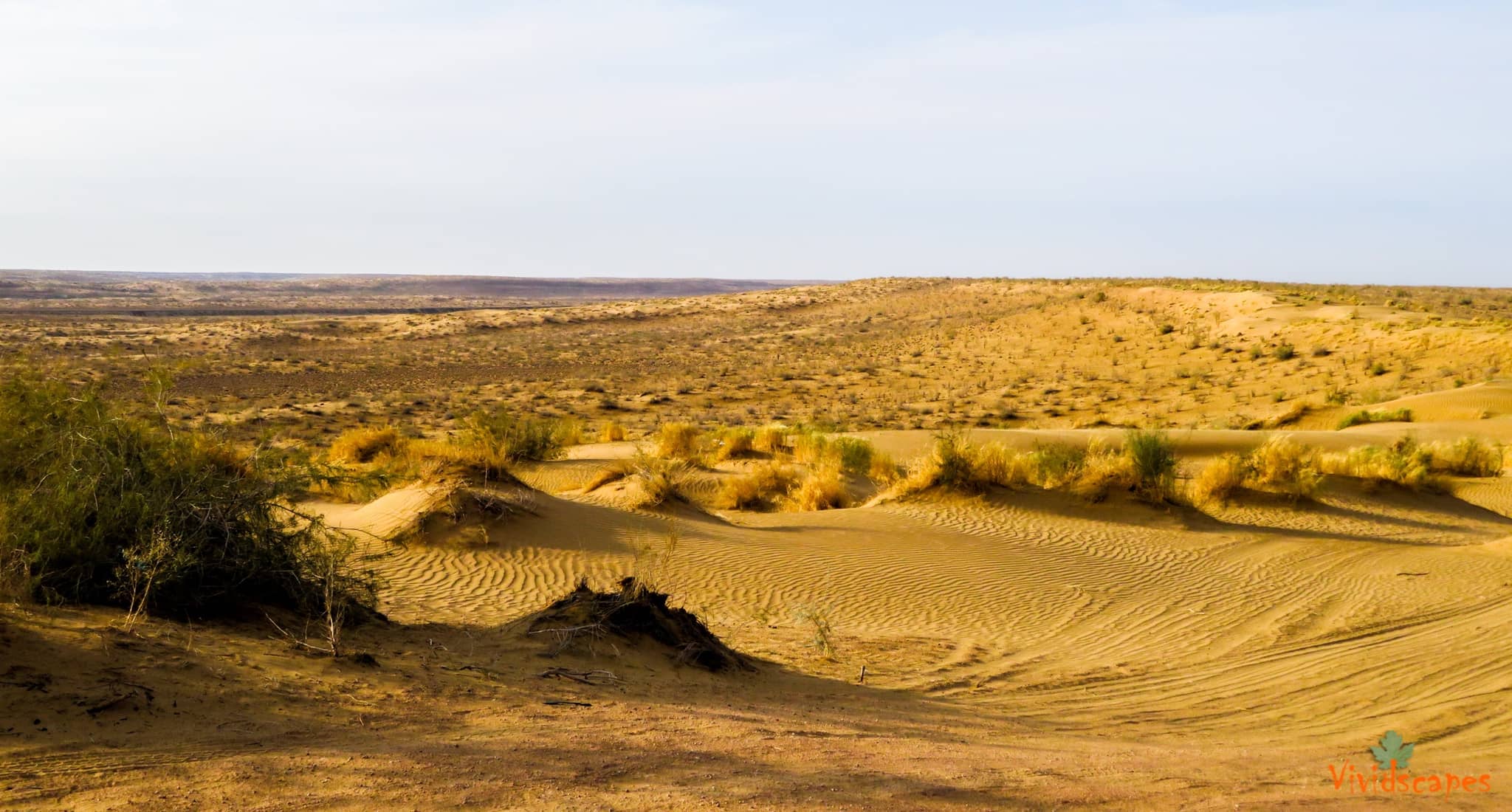 The Crater And Around

A big burning hole 70 meters in dia, and this would need a wide angle lens, most of the images i captured were on 16mm full frame.

We arrived around 4 in the evening and setup tent for the night and wandered around the place looking for suitable angles and possible locations for shots, sunrise was spectacular in the desert and there is a small hill that you can climb to get a view of the crater and a good view of the whole desert area.

Tripod – Is it useful

After sunset, we headed for dinner near our Tent, sauteed vegetables and Rice filled our stomach, the chill wind and the low light set the mood, we set out for a walk around the crater to get a few test shots, tried a slow shutter on a tripod and we were not impressed, the fire in the crater burns from a lot of cracks and crevices and the slow shutter made it look like a yellow blob, so packed the tripod and bumped up the iso a bit for handheld. So Tripod is not essential and a higher shutter speed might give better results.

If you intend to take night shots of the starry sky and the desert, a tripod is required.

Sunset to Sunrise is best, no specific time, after dinner, we walked up a hill to get a view of the crowd that gathered around the crater with a few beers and music basking in the warmth of the fire, we then walked around the crater and clicked a few shots until midnight and headed back to the tent for a nap.

We were woken up to the sound of a thousand birds and we quickly put on the jackets and shoes, grabbed the camera and were presented with an amazing spectacle, thousands of Sparrows, pigeons, eagles and Falcons ride the warm drifts from the burning gas crater in Darvaza.

The golden glow reflecting off the belly and wings resemble flying mirrors, we just stood there enjoying the sights and sounds of the birds enjoying the warmth.

We waited until sunrise enjoying nature with the birds and us in the desert, after a few more captures and breakfast, we were ready to head back to Ashgabat.

Enjoy a few of the captures from around the area. 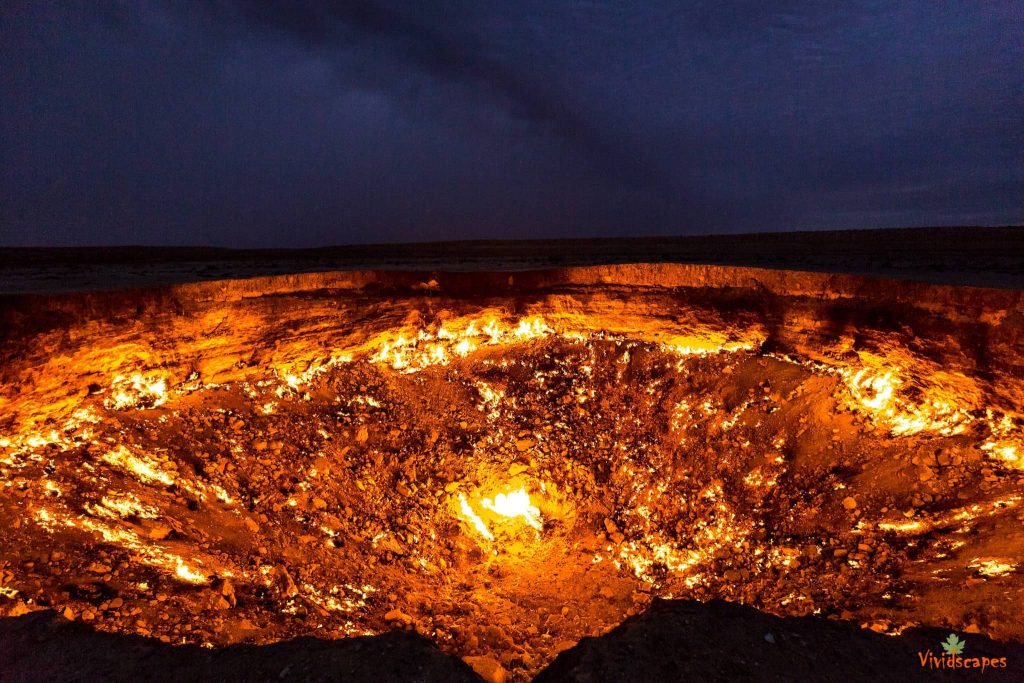 An engineering disaster turned this into an attraction. 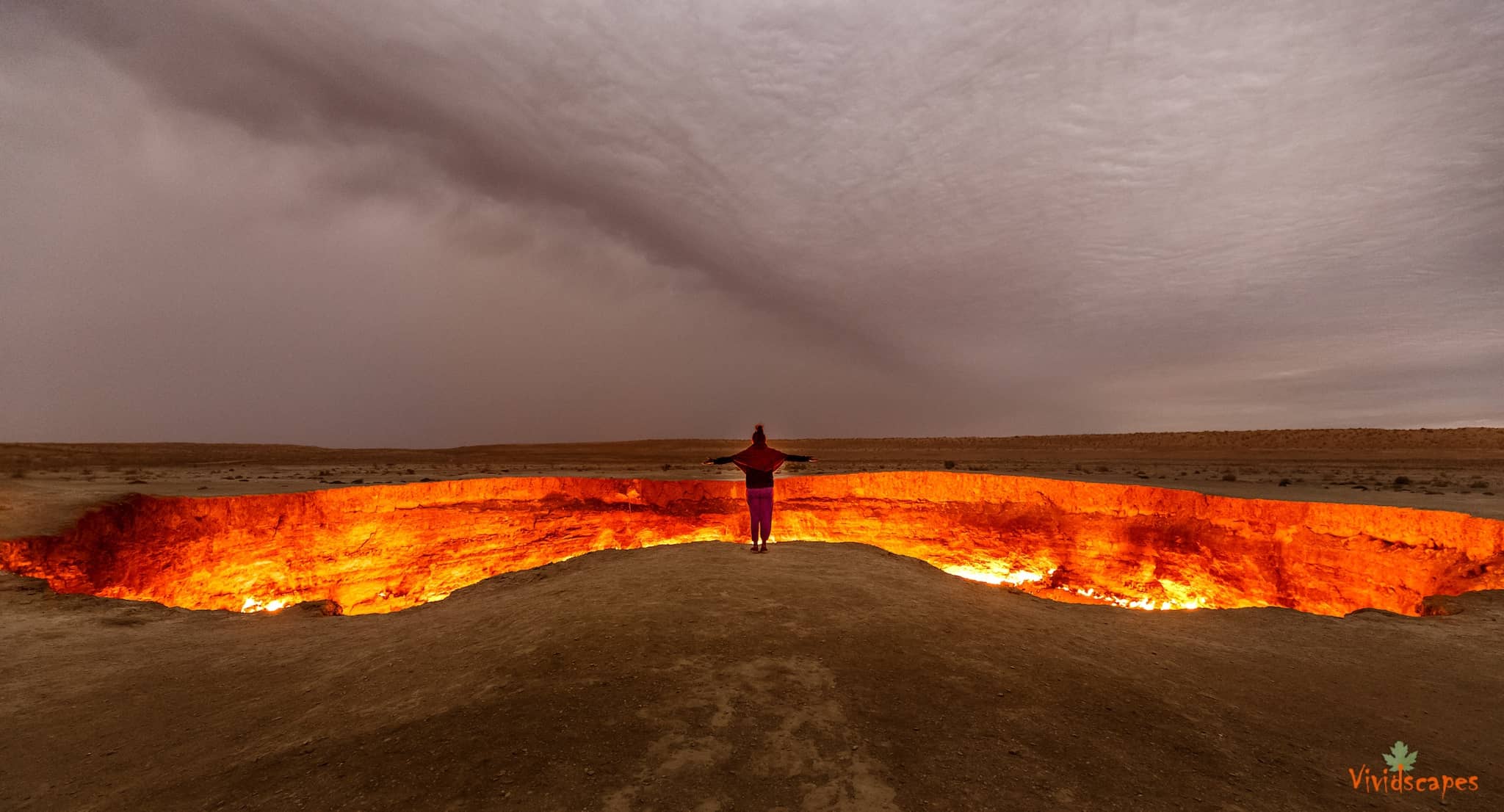