Chasing the Northern lights in Tromso

The search for the Northern lights began last year in 2012, plans penned down, tickets booked, maps saved and key viewing spots all jotted down, the Dec of 2012 came and went and we couldn’t spot the Aurora in Northern Iceland due to heavy snow and cloudy conditions, but the trip was fantastic and we enjoyed every bit of it. Click on the link above to read more on the North Iceland trip.

The love for the Elusive Aurora grew even more stronger and we decided to plan another trip in 2013, this year the Aurora was supposed to be at its peak and what better place on earth would it be for Aurora viewing other than the famous city of Tromso in Northern Norway and we were not wrong, we had fantastic viewings for 4 days over the week we stayed, intense and dancing mystical lights, not something that can be missed. 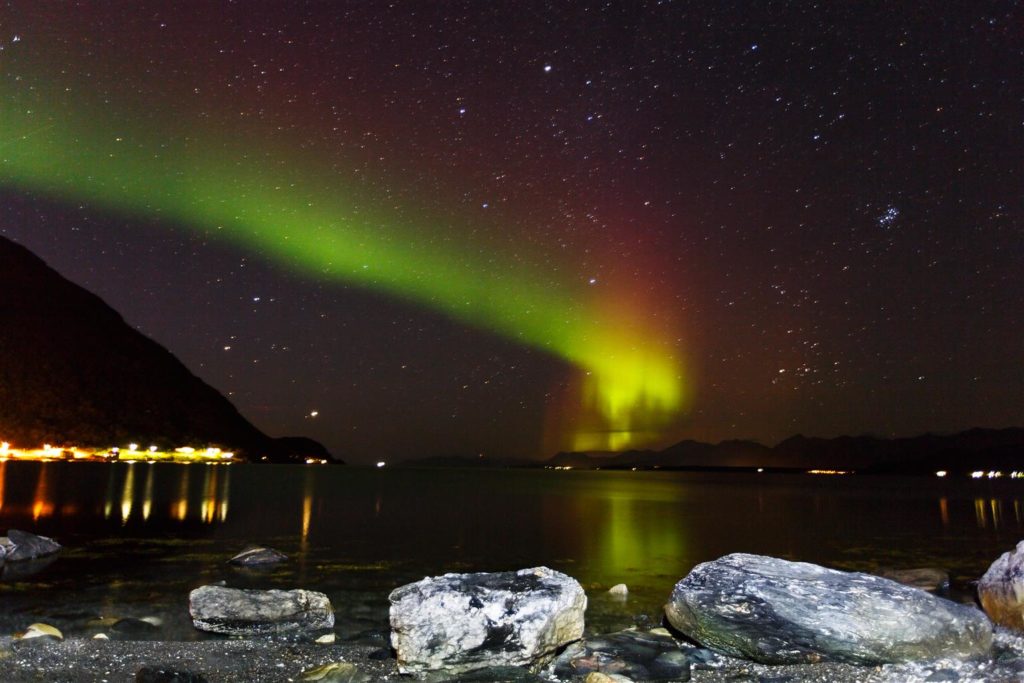 Captured from our Cottage next to the shore line.

After lots of Googling and reading up on the weather patterns, we chose September to be a safe bet and we were right and rewarded with some amazing Auroral displays.
Aurora displays are more active around the Solstices, so the Solstice around September 21 seemed apt, weather in Tromso was also mild with the start of the rainy season, so there are better chances of clear skies around these months than during the peak winter months.

Science behind the Aurora 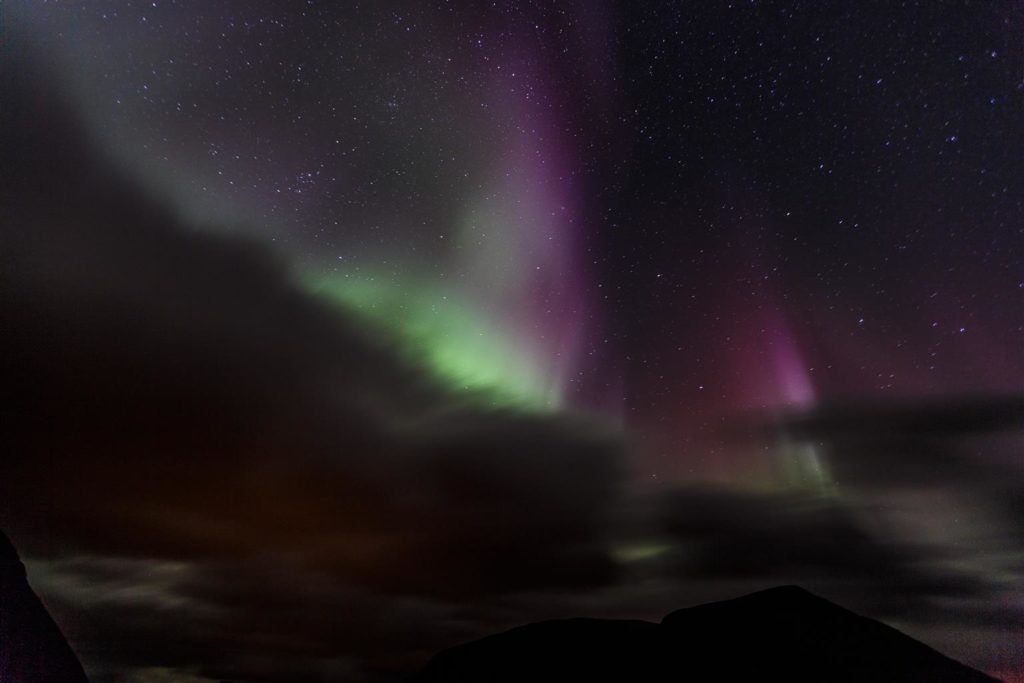 The dancing lights peeking from behind the mountains 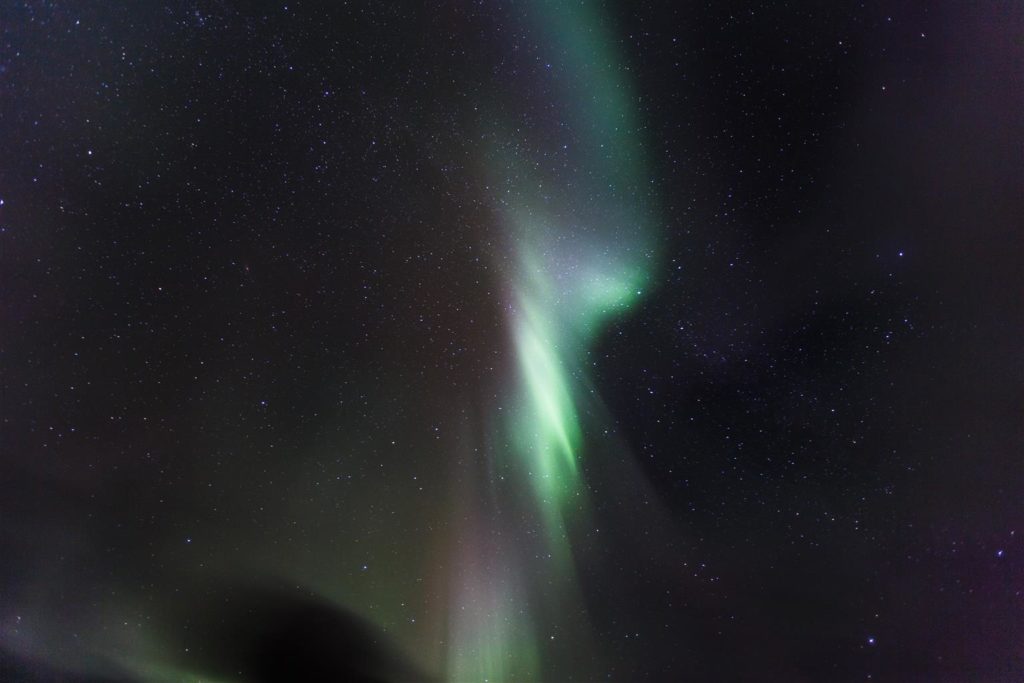 Colourful night skies, a spectacle to admire for hours together

Below are geo-coords of interesting Aurora view points around Tromso, helpful if you are on a Self Drive trip and have a satnav handy.

Best time of the Year for Aurora:

So there is really no best time of the year, Auroral displays are visible during long and dark nights, So August to March is best and you need clear skies, so if you can avoid the peak winter and snow season you might increase the chances of a good display, and the best would be to spend a week or more increasing the chances of clear skies and better weather.

Where to See the Aurora:

All you need to see the Aurora is some place in the Northern Hemisphere, some notable ones are Canada, Tromso, Iceland, Finland and the like…. and a dark area to look up at the sky away from the city lights.

There is nothing special you need other than a pair of eyes and lots of patience and some hot drinks to help you keep awake long into the chilly nights.

Auroras are difficult to predict with precision, but if you keep checking the aurora forecast often and plan accordingly, the chances of a viewing are greatly increased.

Watch out for the Aurora forecast at – http://www.softservenews.com/Aurora.htm
Look out for the Kp Index, do not assume if the Kp Index is low, it stays low for the whole of the night, as we found out in our Auroral adventures, that’s not the case, Kp changes pretty often based on the solar sub storms

Where did we stay:

We love staying in small lovely cottages away from the hustle and bustle of the city, our first option would be to try to get a cottage if possible and Tromso is no stranger to mountain lodges and cottages, we did find one and we were attracted to it looking at the photos and the view.

Little Red House as its aptly named is a cosy little cabin an hours drive from Tromso, sits right on the water-front with views of the spectacular Lyngen Alps, photos do more justice to the beauty than words, so enjoy the beauty below. 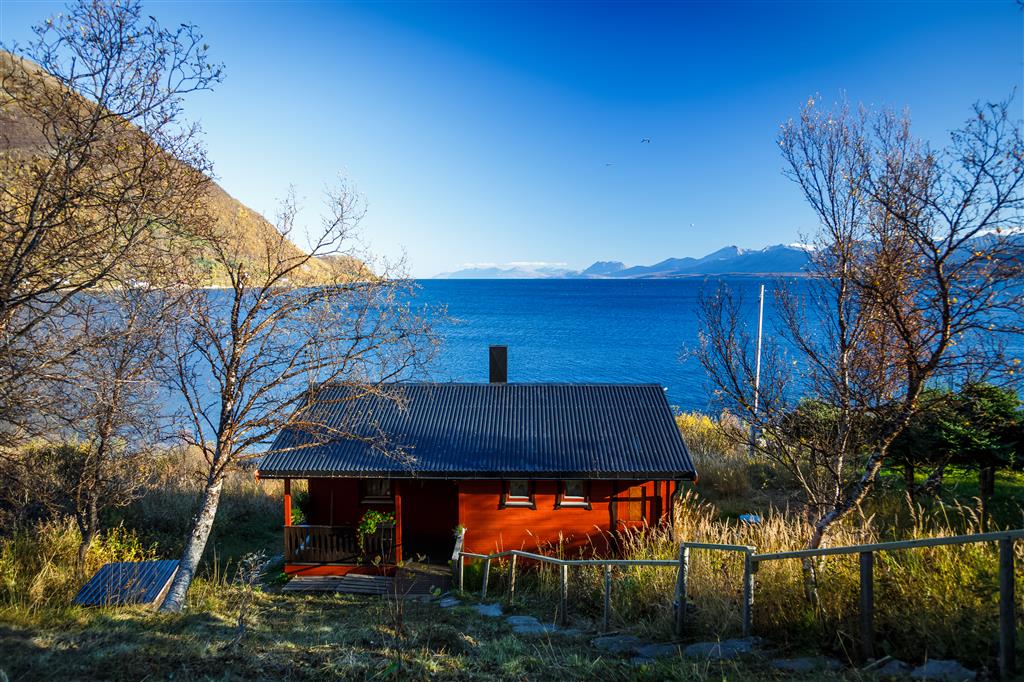 Solli, the little red house cottage where we stayed in Tromso 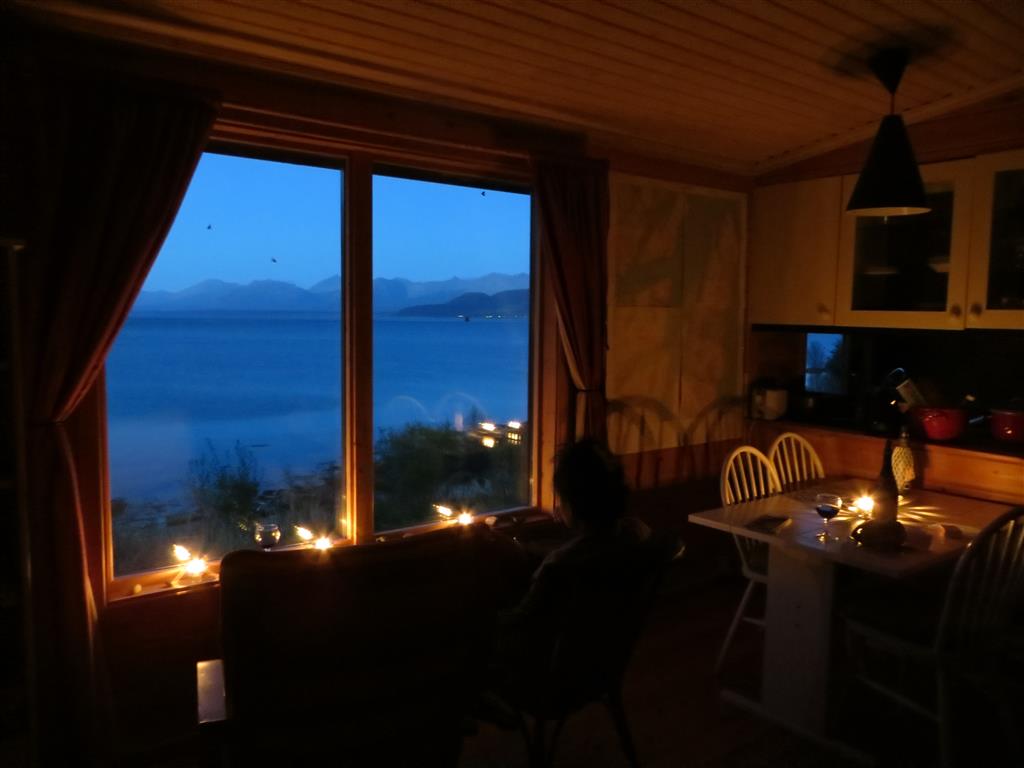 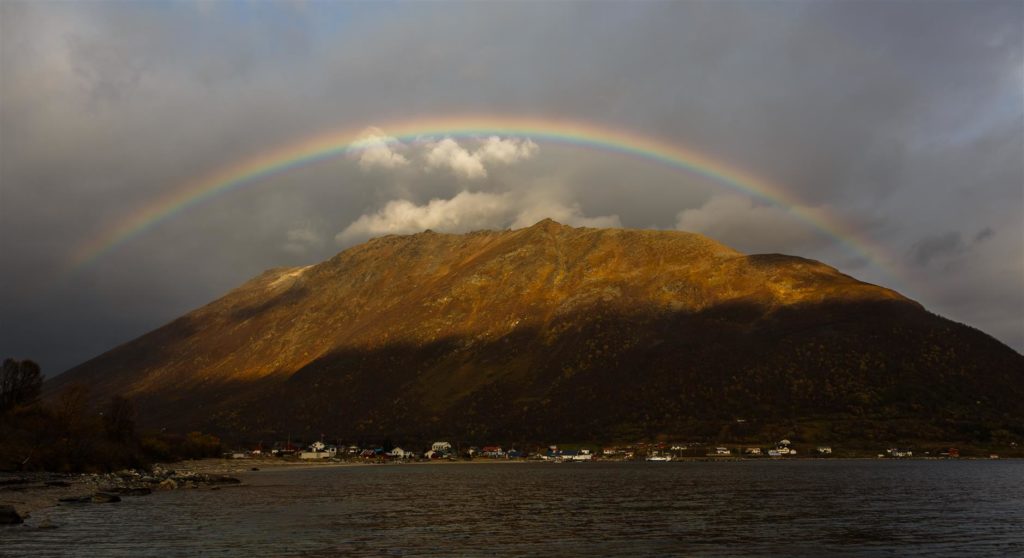 A nice Rainbow popped out… 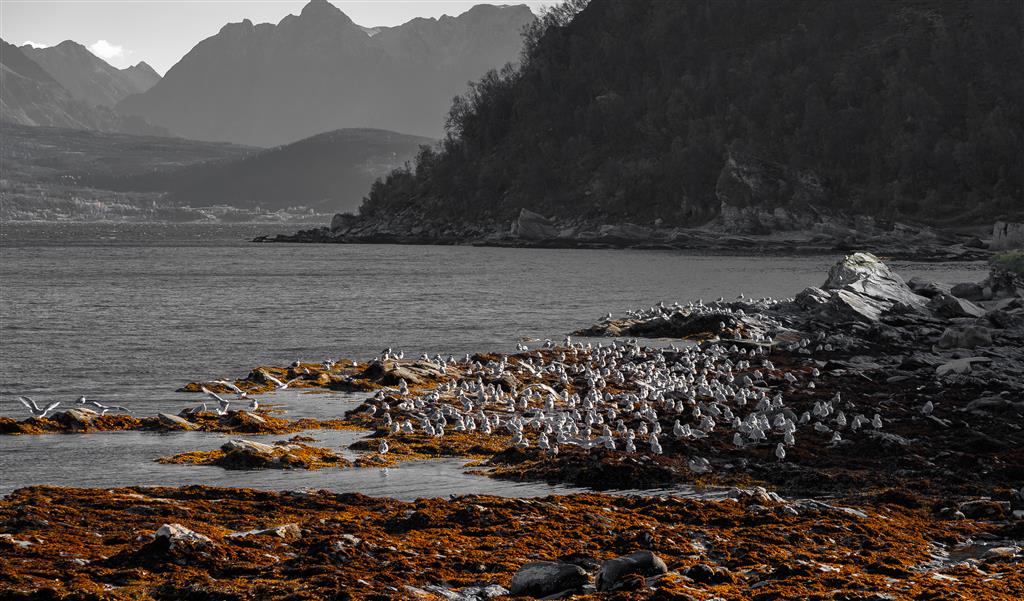 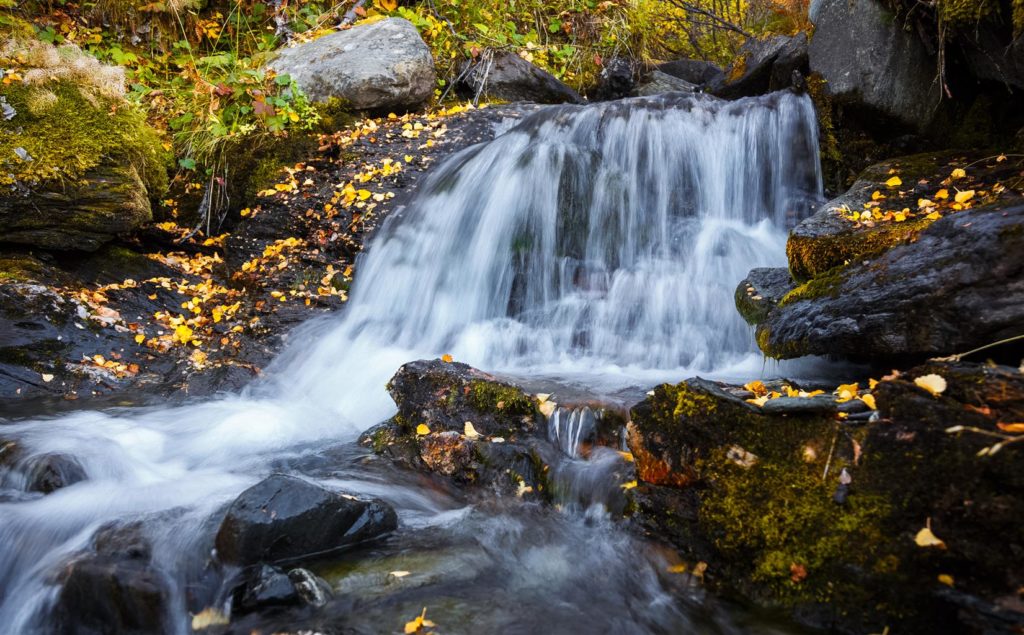 A small waterfall stream near Solli 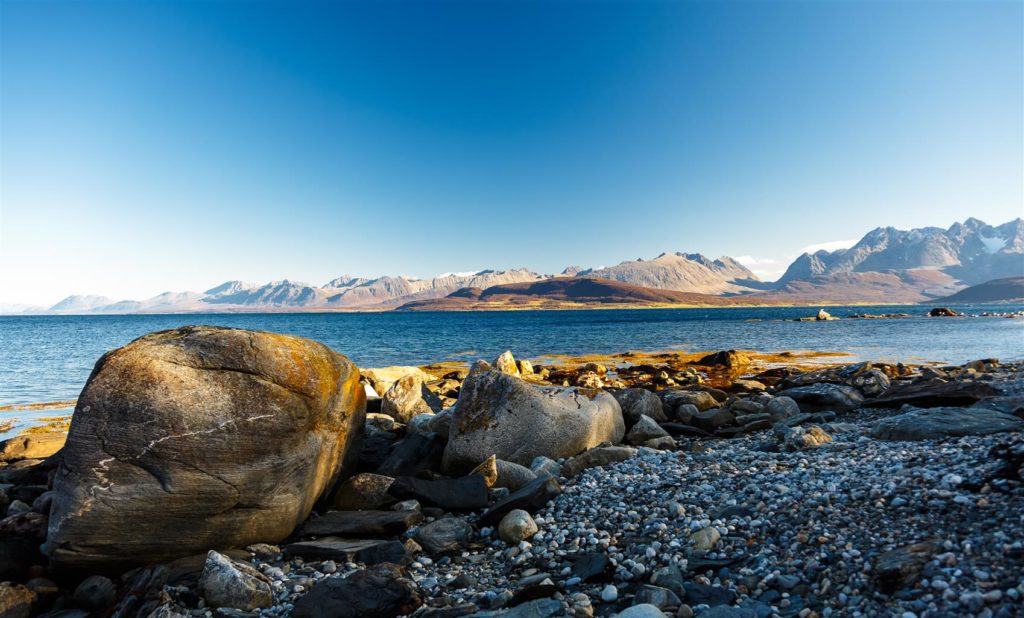 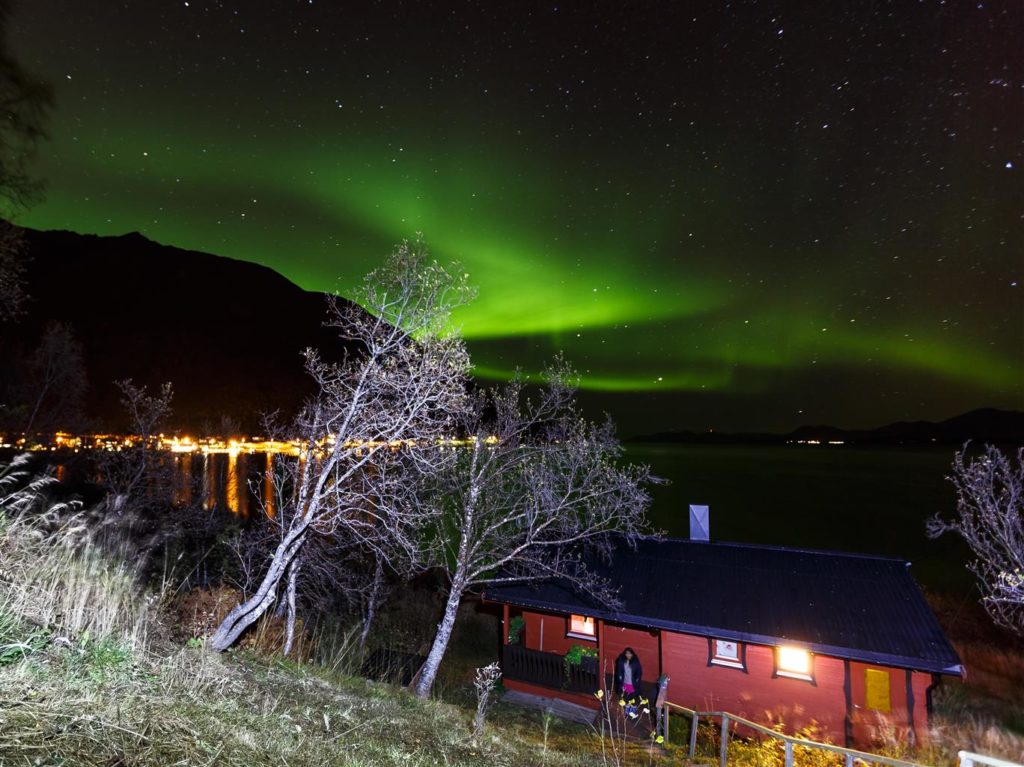 Aurora above the Little Red House.

If you are on an Aurora hunt, self drive seems to be the best option as you might have to stay very late into the night and far from your place of stay and you might have to do lots of driving around to find a clear spot with no clouds – Chasing the Aurora as we like to call it. There are car rentals in Tromso airport, book in advance for some good deals.