In my research to get some unique and interesting spots to photography in south Iceland, I kept stumbling upon this random photographs of a crashed DC-3 Dakota world war II plane somewhere in the south of Iceland near the town of Vik, my curiosity grew more and my quest to get this plane wreck photographed grew bigger and started my research to get to this place, all I had was some random directions and Google map satellite imagery for the location. 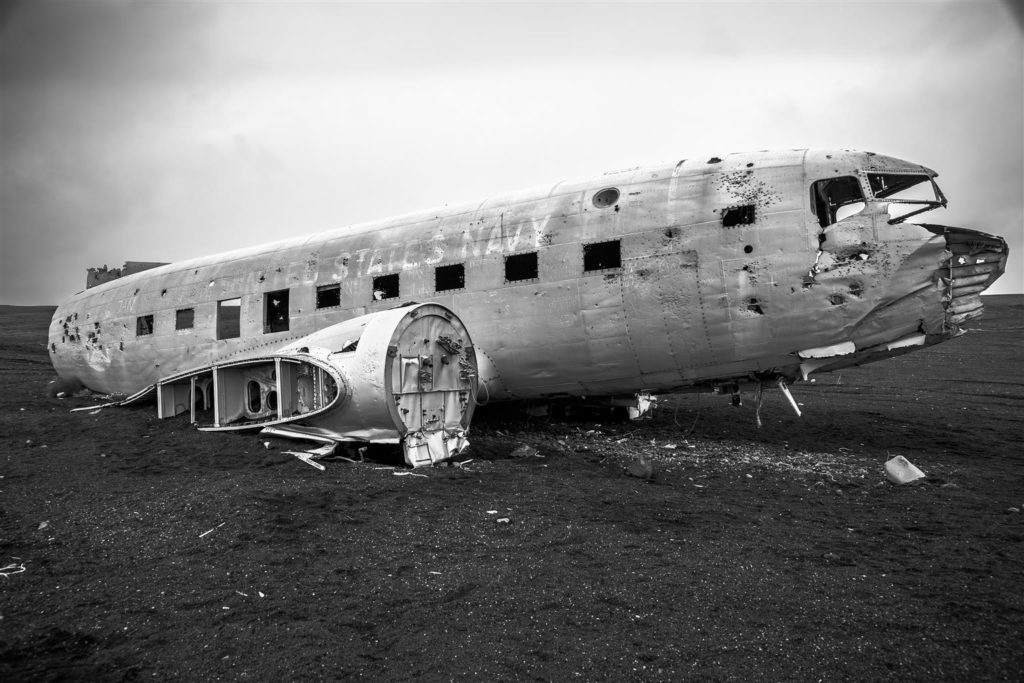 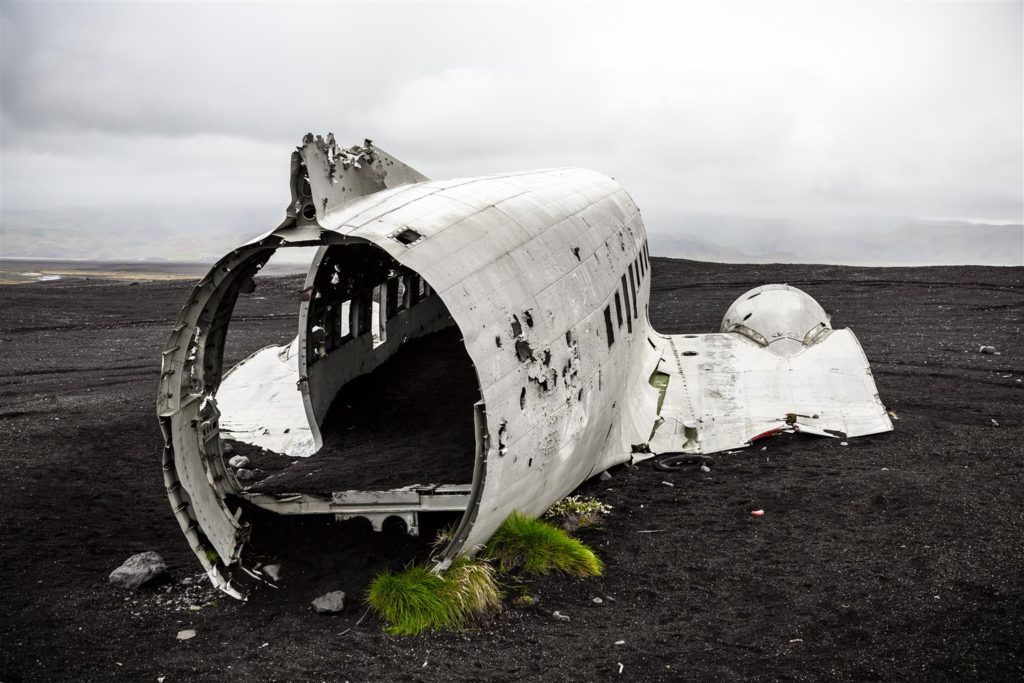 Using the Google maps Geo Co-ordinates marker, I got the approximate co-ordinates of where the wreck is, so i can at least try to reach the place somehow if am completely lost, the black sand beach is huge and it has long coastlines and barren landscapes, so its easier to get lost. 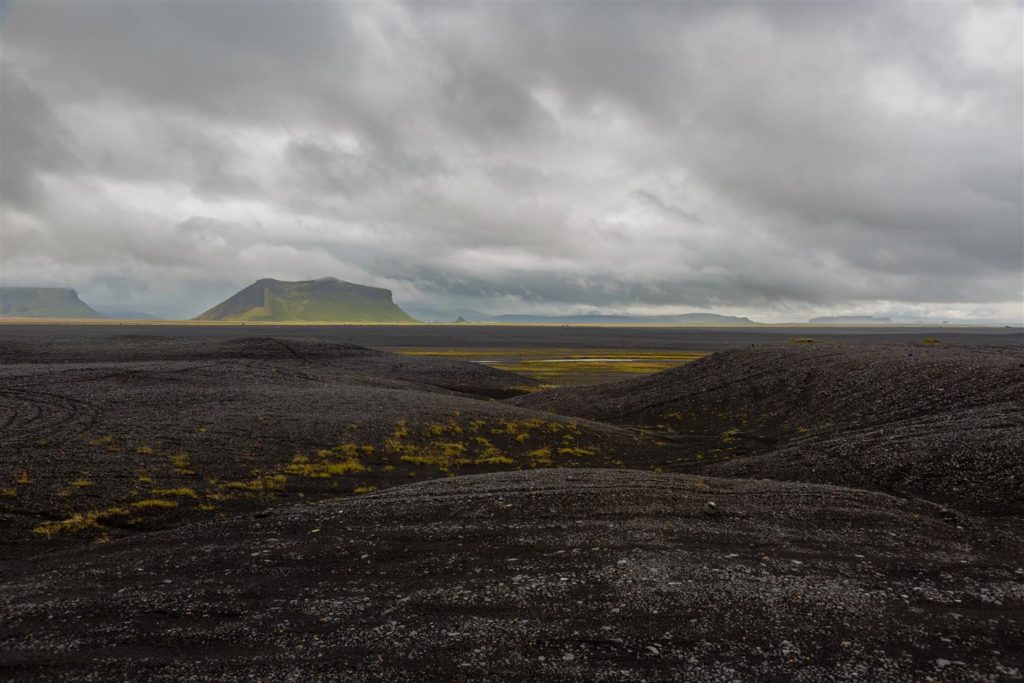 A Scenic view around the black sand beach

A bit of History:

In the winter of 1973 a military version of a DC-3 (Dakota) US Navy plane ran out of fuel, combined with bad weather, had to crash-land on the black sand beach near the town of Vik in South Iceland, luckily everyone on board survived, an attempted recovery led to the crash of a Helicopter and killing some people, with no much luck helping them, the Americans decided to abandon the mess there.

As curious as you and me, a local farmer during his morning stroll found this and to his luck he figured out the pilots had mistakenly switched to the wrong fuel tank and had a full load of fuel on the second tank, the lucky farmer had aviation grade fuel to run his tractors and all farm equipment for a year, stories say the tail was also sold off to a couple who run a hotel out of a DC-3.

The site is off Highway 1, if you are heading east, near the crossing to Sólheimarjökull between Skogafoss and the town of Vik, you would see a fenced field on the right, keep continuing on the Hwy 1, the road slopes downhill a bit, a few hundred meters after, you should see an opening in the fence, it’s a small gate like structure made of wooden poles and attached to the fence using ropes, from the main road there is a gravel ramp leading into the farm through the gate,

[Edit 2016/2017: A few comments from our readers and a few of our friends in Iceland informed us that the site might not be drivable anymore as it’s on private property and you might get prosecuted for trespassing with a car, however you are allowed to walk to the site, so please make a decision at your own peril :)] 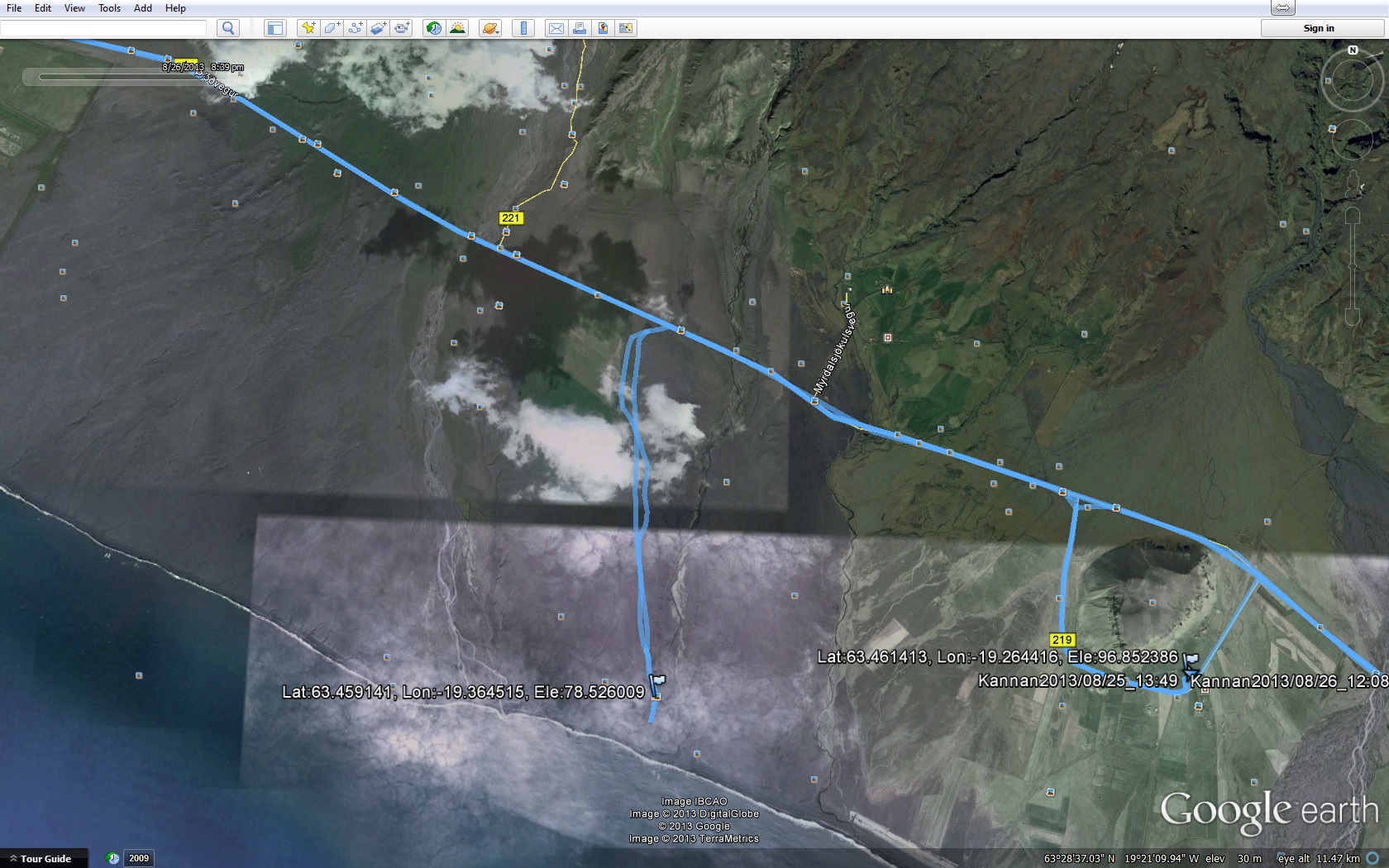 The weather was a bit dry so we chose to drive as far as we can and then walk from there as we had a 4×4, a 2WD should be fine if the weather is dry, as with any off-road use caution and common sense when venturing out there and even with a 4×4 be careful not to drive too close to the beach unless you enjoy getting stuck in the sand. (Refer to above edit about driving)

You wont see the plane until you are a couple hundred yards away as the wreck is in a small dip in the sand behind a small mound. 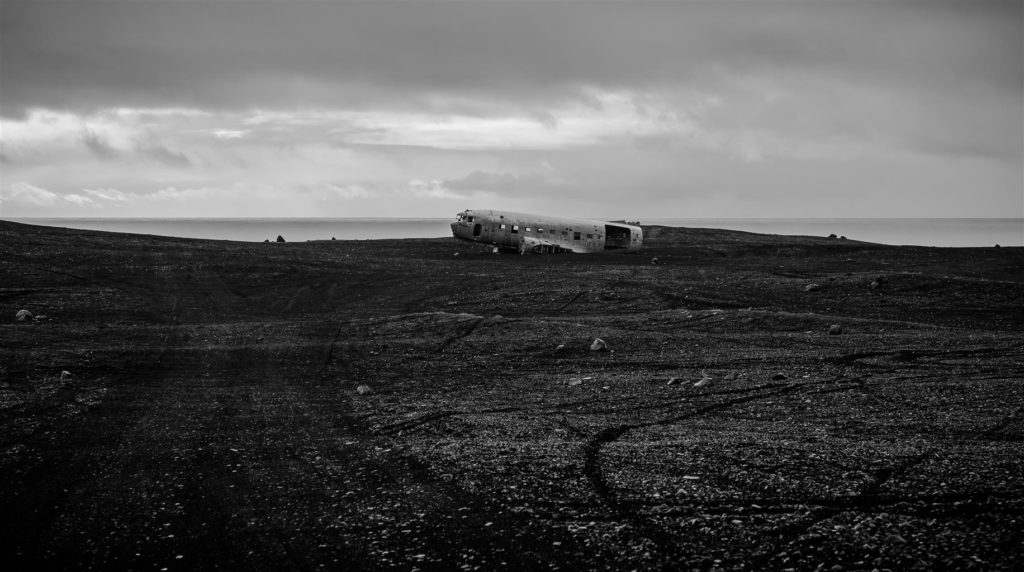 Approach to the Crashed plane site

Finally caught sight of the plane in the far sands. 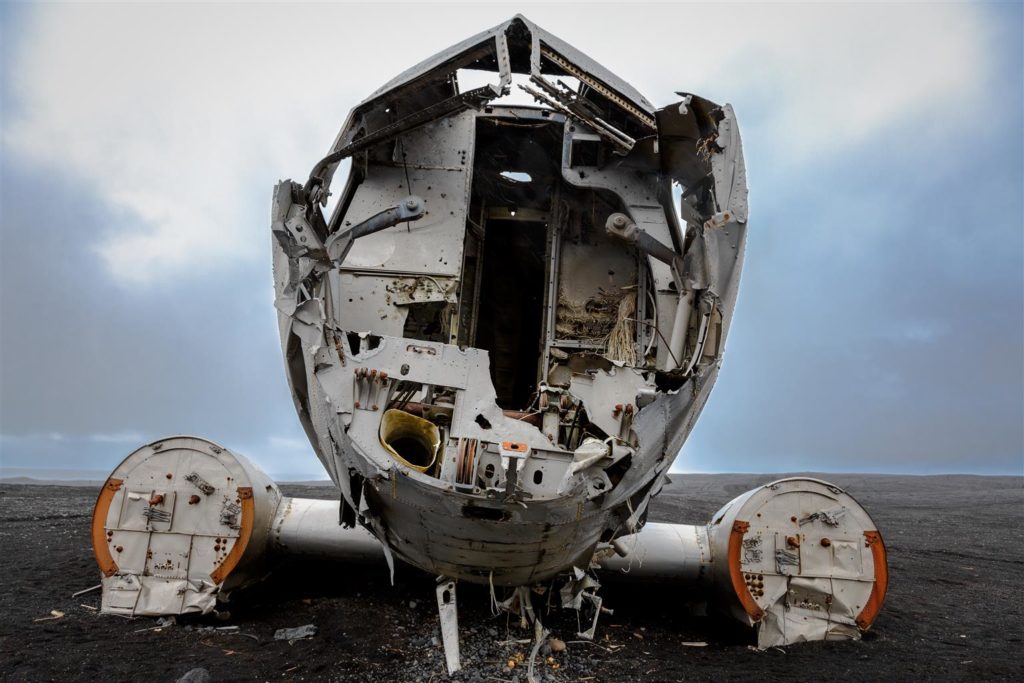 Nearing the site, looks like a scene out of a zombie movie. 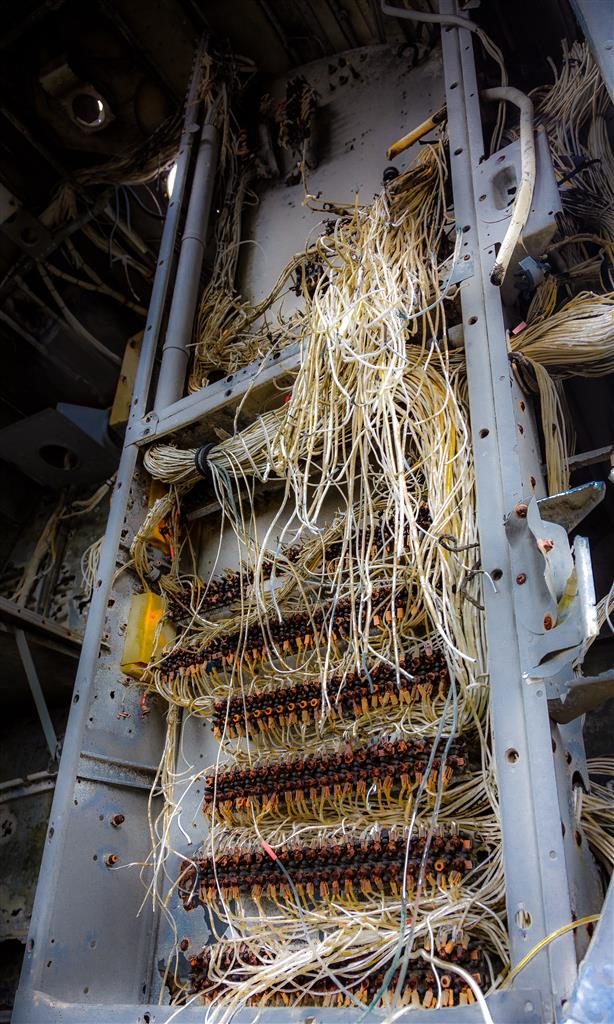 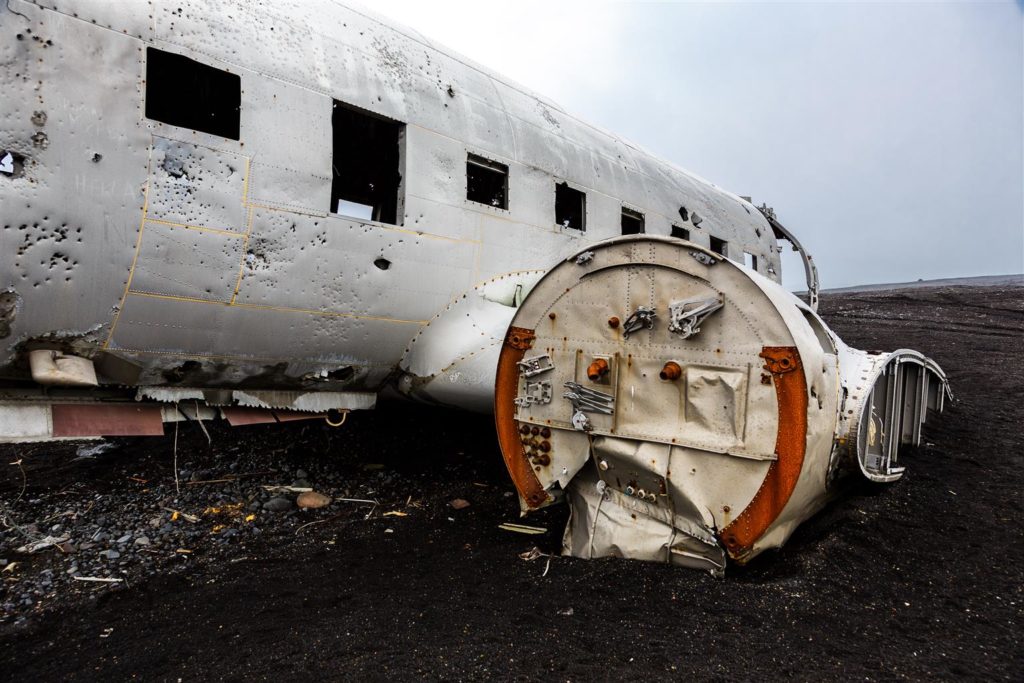 Wings with the Engine mount..